On Sunday, I posted the following Quick Deal: “Free $5 award card from Kmart, Sears when buying Kmart, Sears gift cards.”  This deal is way better than it seems upon first look.  Read on…

The basics of the deal are as follows:

Given the limitations (two per person) and restrictions (award cards redeemable 6/16-6/21), this appears to be a good deal, but not an amazing deal.  After all, it seems that the most you can profit is $10 in award cards and $4 in SYWR points.  That said, in my recent experience, the deal is much better than it seems….

I’ve done quite a bit of gift card shopping at Kmart and Sears in the past few days and found that there doesn’t really seem to be any per person limit.  There does seem to be a per transaction limit, though.  When buying enough gift cards to theoretically trigger receiving two $5 award cards (such as buying two $25 gift cards at Kmart at once), the system only gives out a single $5 card.  Each time, I’ve had to go to the customer service desk afterwards to request the other card.  I’ve also found that Award Cards are immediately usable.  I didn’t have to wait until 6/16 to use them.  I’ve used them now, many times, on the same trip to the store in which I received them.  And, I further tested to make sure that Kmart award cards work at Sears.  As expected, they do (since Sears and Kmart gift cards are interchangeable).

According to receipts, I’ve received 4000 bonus SYWR points so far for these purchases.  The strange thing is that those points appeared on later purchases, not on my first 5 or 6 purchases.  The terms of the deal say that those points will be awarded within 30 days of purchase.  It will be interesting to see whether I earn any additional bonus points.  My guess is not, but it would be awesome if I’m wrong.

As I’ve reported before, when Shop Your Way Rewards customers spend $50 or more at certain Kmart stores (at the locations listed in this PDF), they’ll receive a coupon for 30 cents off per gallon on gas at either BP or Speedway.  And, this does work when purchasing gift cards at Kmart. With Speedway, the maximum discount is for 15 gallons of gas (and you can use up to 3 of these coupons with one fill up).  That makes each coupon worth up to $4.50 in gas.

So, if you buy two $25 Kmart gift cards at once during this promo, you should not only get two $5 award cards and $4 in SYWR points, but also a coupon worth $4.50 in gas.  In total, you’ll have $68.50 worth of store and gas credit for $50.  That’s a healthy 27% discount.  But, it gets a bit better.  If you turn around and use the gift cards at Kmart to buy merchandise, you’ll get another 30 cents off gas coupon and the normal 1% or so in SYWR points.  Now, in total, you’ll have $73.60 worth of merchandise, points, and gas for $50.  That’s up to a 32% discount (the discount is maximized by spending exactly the amount of credit you received at Kmart.  If you spend more, then the discount, as a percent, goes down).

Keep in mind: when you buy two $25 gift cards in one transaction, the system is not smart enough to give you two Award Cards.  Instead, take the receipt to customer service after your purchase to ask for the second Award Card.

Sears is good too, maybe better

Even though there are no gas savings, and the purchase requirements are higher, I like the opportunities at Sears.  For some reason that’s hard to explain, I simply prefer going to Sears… 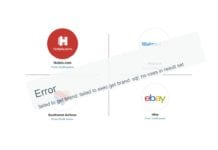 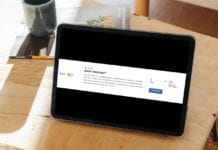