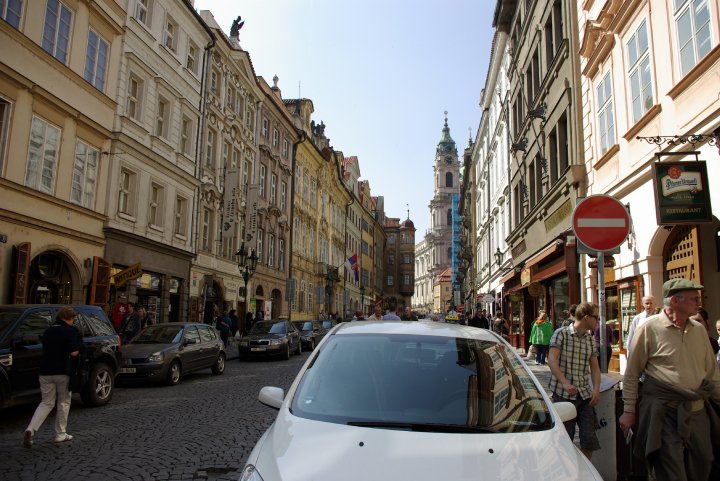 IcelandAir has this on sale from $368 on most sites on many dates:

If you’re comfortable booking with one of the lesser-known OTAs listed on Momondo, similar flights are available for $354:

Also on Momondo, Oneworld flights are available around $379:

Best pricing on this route appears to be from mid-May to mid-June. Loyalty Traveler covers more on this sale including Boston to Frankfurt, Munich, and Amsterdam for $419-$429, though not all fares are still available.

Miami and Fort Lauderdale to Paris from $348:

Loyalty Traveler also has details on flights from Miami and Fort Lauderdale to Paris from March to May for $348-$448 on Star Alliance carriers.

Los Angeles or San Francisco to Copenhagen from $322:

A few days ago, View from the Wing covered sales running from Los Angeles and San Francisco to Copenhagen from $309. While the pricing from most sites has gone up to about $372 on the dates remaining, Momondo still comes up with pricing starting at $322: From the west coast, this represents a great value on Star Alliance carriers. If you prefer to fly three out of four flights on Swiss Airlines, that’s available for $12 more: Boston, New York and other cities to Paris, Scandinavia, Madrid, and others:

There are a LOT of other possibilities.  A quick look at the map view on Google flights shows a number of European cities available from Boston for under $400 round trip:

Flights from New York City on the same dates are just a bit more to some destinations:

If you’re looking for other European destinations and you accept the limitations of a budget carrier, Secret Flying has details on a Vueling promo code for up to €30 off base fares for 2 passengers or more. I haven’t personally flown on Vueling, but I’ve flown on other European discount carriers (WOW Air, Ryanair, EasyJet) and they can provide a very cheap option for intra-Europe travel. Of course, there will be fees tacked on to your fare for things like checked bags, seat selection, etc.  The last time I flew on WOW Air, I paid with my Chase Ritz-Carlton visa and got the fees for everything from checked bags to upgraded seat selection credited back as part of its annual travel credit.

As reported by One Mile at a Time, Iberia is having a fantastic sale on award seats through February 14th, 2017 — 25% off economy and business class seats on select routes on Iberia-operated flights:

This means that a one-way business class ticket from Chicago, New York, or Boston for 25,500 miles one-way with no fuel surcharges. That’s a terrific value for business class if you can find availability. An interesting note — though Iberia has a distance-based chart and Chicago would technically be a bracket longer (and therefore more expensive) than New York and Boston, it seems that Iberia prices it as the same with New York and Boston. I haven’t personally redeemed this route, but multiple sources report this to be the case. YMMV. Miami would price at 31,875 miles one-way — still a bargain.

Another route I find interesting is Madrid to Johannesburg in business class for 31,875 miles one-way. For business class from Europe to South Africa, that is also a bargain price.

As a reminder, Iberia is an Amex Membership Rewards or Starwood Preferred Guest transfer partner — though transfers aren’t instant, so beware that I can’t guarantee your points will transfer in time. You may also be able to transfer points from British Airways. See this One Mile at a Time post for an extensive rundown of Iberia’s program, including information on transfers.