Edit: The fares and dates listed below have expired. However, similar dates with prices $50-$100 higher are still available which is still a good deal for Premium Economy.

Chris also confirmed in the comments below that you can get an additional discount with the American Express International Airline Program.

Delta Premium Economy tickets to Beijing are now bookable for as low as $647 round trip, with low prices found from many cities. 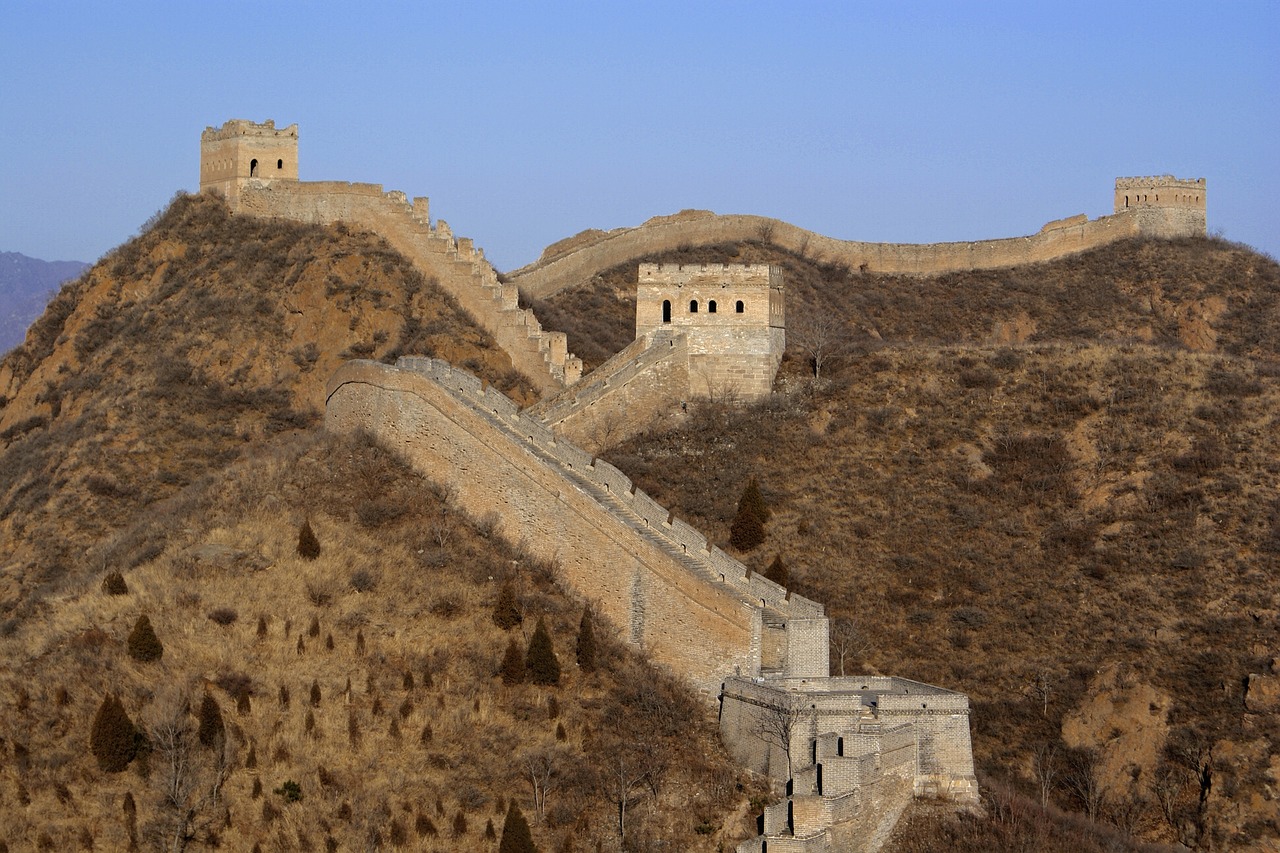 Book round trip tickets to Beijing in Premium Economy from $647, with the domestic leg also frequently being in First Class.

Here are some examples fares – both the route and the screenshots link to the search on Google Flights. 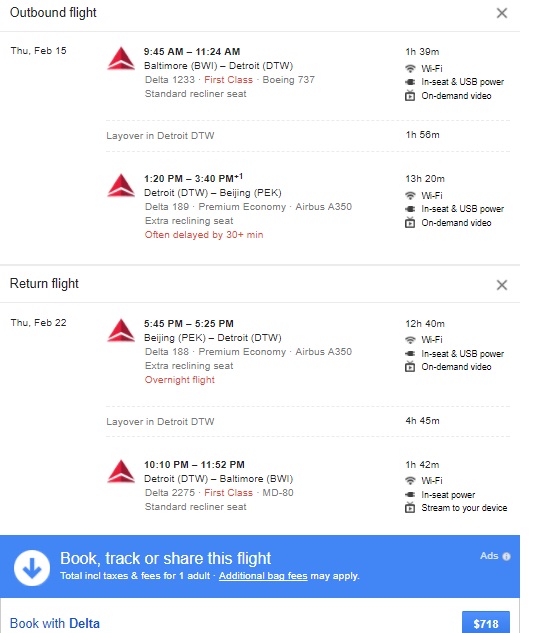 The headline on God Save The Points mentions a fare as low as $597, but the lowest I can find is the $647 fare above from Orlando. Let us know in the comments if you find any lower fares than that.

It might be possible to get an additional fare discount using the International Airline Program from American Express that’s available on certain cards. Greg wrote more about that benefit here.

h/t God Save The Points […] Delta Premium Economy To Beijing From $647 Round Trip (The fares and dates listed in the post have expired. However, similar dates with prices $50-$100 higher are available which is still a good deal for Premium Economy.) […]

Took advantage of this deal yesterday which came to 615 from Boston to Beijing. Called Amex international airlines program and they were able to pull out a total price of $568, but with the additional $39 booking fee I decided it was just easier to book online. Just a data point.

That’s great to know – thank you!

USA to Beijing in Premium Economy for $647 Round-Trip - HowYouCanFlyFree!