I don’t usually pay much attention to the package deals sent out weekly by Travelzoo — but today one caught my eye that looks like a very solid value if you’re looking to travel to Milan between January and March: round trip direct flights from New York + 4 nights hotel starting at $449 per person. That $449 price point is only available on select dates (and with double occupancy), though there are a number of dates available for $499 a person, and that still looks like a pretty good deal. In order to see the full details of this deal, I think you’ll have ti sign up for Travelzoo emails. You can sign up for those emails via my referral here with my thanks. To be clear, we don’t have any affiliate relationship with Travelzoo or Gate 1 Travel beyond that referral link to sign up for the emails — this just looked like a deal worth passing on.

I’ve never booked a trip through Travelzoo. This one is actually offered through a travel agency called Gate 1 Travel. I don’t know that company either, but they seem to get decent reviews overall on Google: Again, take that with a grain of salt — I read both positives and negatives.

However, the deal itself looks decent. The link at Travelzoo takes you to Gate 1 Travel, where you can choose your departure date. This screen shot doesn’t quite show all of the dates. Keep in mind that these prices are before the $100 off per person with the coupon code, so the dates that are $549 are really $449 and so on. I looked up a sample trip from January 31st – February 5th just to get a feel for how it worked. I think if I were picking, I’d choose March 1st as the price is still pretty reasonable and the weather will be a bit warmer. On the same page where you choose dates above, you can select your desired hotel:

Both the Leonardo Hotel Milan City Center and the ADI Hotel Poliziano Fiera look to be decent hotels. Neither appears to be luxurious, but both get average ratings at or just over 4-stars from both Google and Trip Advisor. I’m not sure I would consider them “4-star hotels”, but they will likely do the trick. Running a bunch of sample dates, it looks like they run between $70-$100 a night. Again, I chose a package from January 31st-February 5th for this post. The less expensive of the two hotels was the Leonardo Hotel Milan City Center. I didn’t do a deep price comparison, but here were the rates from hotels.com: You could probably get some discounted Hotels.com gift cards and/or use a coupon code and/or a shopping portal to bring the net cost down a bit, so it’s not quite a $300 value, but neither is it worthless. When I chose the January 31st departure, it showed me the flights on Emirates as expected: I wouldn’t value the hotel near the “face-value” price as I know it is occasionally possible to buy discounted Hotels.com gift cards and Hotels.com coupon codes often apply to small independent hotels like these. Still, if we value the hotel at just $200, the airfare is costing around $700 round trip for two passengers – $350 each. That’s very good for direct flights. The next-best price on direct flights on the same dates is almost that much for one person and the Travelzoo deal comes out cheaper per-person than connecting itineraries on those dates. I’ve never booked a hotel + air package deal, but this one looked pretty good. I’m a bit skeptical of travel deals through daily deal sites — my sister-in-law and her husband booked a Groupon Getaway for their honeymoon and arrived at their first hotel in Europe to find the hotel boarded up and closed for some time. But reviews overall on this company look pretty good and the value looks to be there. The weather likely won’t be ideal, though a March 1st departure is available for $50pp more, which is still not too bad depending on how much you value the hotel. While I usually assume that these packages are a bad deal, it appears that isn’t so with this one. Travelzoo says you must book by October 31st, though airfare prices are subject to change. 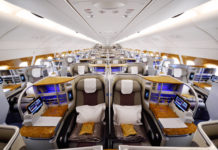 Nick,
I’d love to hear how your SIL followed up with groupon…

Gate 1 is fantastic. Great deals, decent 3-4 star hotels, excellent guides, and wonderfully efficient itineraries. Sometimes I prefer DIY itineraries when I travel, but when I want to go on a great group tour I check out Gate 1.

Have used Gate 1 for several years – in Turkey, Eastern Europe and Spain. Never a problem.

I always use Gate1 when I want to travel with a tour group. I booked them through Groupon initially to Peru and haven’t considered any other tour company since. Enjoy!

Travelzoo have fantastic deals. I wish i had more vacation!

Gate 1 is pretty well known. Dan’s Deal has some Gate1 deals from time to time I think.