Singapore KrisFlyer has announced to members alerting them to an extension of elite status and a continued pause on the expiration of miles. The elite status extension may be of particular interest to anyone considering a transfer this month for Star Alliance Gold status because I think maybe you could score two years of status out of the deal. Elite status extended and elite miles to roll over

In an email to members this morning, Singapore Krisflyer announced that due to reduced opportunities to fly in 2021, they are extending elite status set to expire between March 2022 and February 2023 by an additional year. As an example, this means that if your elite status was set to expire in October 2022, your status expiration date will now be moved out to October 2023. That’s obviously good news for anyone who has elite status.

The reason this may be particularly relevant for those considering a transfer to Singapore Krisflyer is that there is currently an opportunity to get Singapore Gold status (and therefore Star Alliance Gold status) with a transfer of 250,000 points to Singapore Krisflyer from your loyalty programs. I believe that status is good for a year, meaning that it would be set to expire during this promotion window. I then expect that this extention should apply and you would theoretically be looking at two full years of Star Alliance Gold status. The utility of that will vary based on your expected travel, but two years sounds better than one.

Elite miles earned during the 12 months leading up to renewal of status will roll over by being credited back to your account for your new elite year — so if you credited some flights to Singapore Krisflyer last year, they will potentially help you requalify for future status.

This is kind of a weird way to handle expiration. The end result is that the miles will ultimately get extended for a year beyond current expiration, but the six-months-at-a-time way of doing this seems like an unnecessary complication that will confuse people. I guess it’s set up this way to make people think their miles are expiring sooner in order to encourage redemption sooner rather than later?

This extension highlights the difficulty in speculatively transferring to Singapore Krisflyer. Singapore miles expire 36 months from the time they are earned / transferred in and new activity does not extend that expiration. It’s nice to see Singapore continue to extend miles right now, but you obviously can’t count on that a few years from now — so if you transfer, beware of expiration.

The one year extension of elite status is nice to see — hopefully many airlines will continue with the same this year as business travel is still far down from pre-pandemic levels. This should work out well for all those who have taken advantage of the chance to transfer miles to Singapore for easy Star Alliance Gold status since I believe all those who have already taken advantage of that should be eligible for an additional year via this extension. 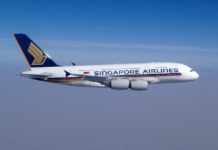 Singapore Spontaneous Escapes: premium economy from the US to Europe and Singapore on sale

does star alliance gold get a free check bag on UA?

I agree a weird way to handle the expiration. However, i don’t think it means all miles are getting extended for one year (ie two six month extensions) because for miles expiring now on July 1st, 2022 or later would bump the expiration date to January 1st, 2023 and unless in 2023 they announce extensions you would only be getting one six month extension (not 12) on miles expiring now after July 1st.

I got like 100k out there on 3 different dates confusing it is.I’ll just look when time to book.Hmmmmmmmmm

Be wary, extremely wary of transferring any miles to Krisflyer Singapore airlines at this time. I had to cancel a frequent flyer ticket I had with my daughter on United recently. I spent the last 10 days trying to get a hold of them! Just try to call their customer service number (seriously just try to contact any USA number, you do not even get put on hold, it just turns busy and hangs up on you! )There is no reasonable way to contact them by phone, none. You can’t modify or cancel their reservations for partner airlines- get a message ” contact local office” well I’ve tried that like 200X. They have an online contact form which I filled out like 6 times and complaint form 2x. Flight was scheduled today. Got desperate yesterday, because was being forced into a no-show. I called United (luckily I also had United’s reservation conf # as well as Singapore. BTW there was flight change, never informed of that change either) and explained situation and they agreed to “take charge of the reservation.” Mysteriously a few hours after that a call from Singapore Airlines popped up. They had finally got my message after 10 days. They wanted to know new United Ticket # , because apparently that changed after United “took control” and I did have that and gave it to Singapore Rep. She said will need to talk to Supervisor re getting my miles back. Still not heard about that. I have been transferring miles to Singapore for years for United Domestic Flights, always happy service and reps, but they are in at least 2 months totally dysfunctional. I did also in Early 12/21 to make a change before I had to finally cancel. At that time their phone number was working not auto hang up but got on hold for 11 hours, 6 hours attempts and cell battery died, and I gave up. Test it out yourself- try call them now. If you get a number that works, please post it, I need to call them. Please investigate and warn your readers! Thanks.

Agreed with your comments and having similar issues now with British Airways trying to cancel an Alaska Air partner ticket.
I just recently booked a one way non stop flight on United using Singapore miles. I was trying to book the other one way, but there has been a glitch in their system for over a year that causes all one way United flights with a layover to price incorrectly at 25,000 miles instead of 12,500 (non stop flights price correctly as 12,500 and the reason I only booked the return flight for now and ended up paying cash for the other one way with a stop as it was sub $100). It takes forever to get ahold of them and they logged a ticket and said someone would call me within 3 days. Never received a call. I call back and am on the phone for 2 hours before they answer and either it’s the wrong department or they can’t help. One person said someone would call me the next day regarding the issue but again never received a call.
Just curious for your United flights are you booking non stops because otherwise you are getting overcharged by 2x Singapore miles.

Yes when I booked ticket original last May , I had to persist with them on this, because it was pricing incorrectly, until got supervisor to price it right. 1 connection flights with less than 4 hours connection are supposed to be allowed, always have been, done for years. Had to hassle at that time to get the proper pricing of a 1 connection ( less than 4 hrs) flight HI to Mainland of 17.5 K miles. If I get my 17.5 k miles back, wont send them any more transferrable credit card miles, esp with the worry of 36 month exp possibly looming in an uncertain pandemic. Not until I test the system and call customer service multiple times to make sure they pick up phone in a reasonable time frame and flights I want price out correctly. What a hassle!

Me too, it use to work to call at 4am but not now .I only use them for united and I have like 150k of United points so I may just like the booking go unused.

How long does it take for your status to post after transferring bank points?

Didn’t check exactly, but for me, I believe it was 2-3 days.

Just got my Star Alliance Gold through Singapore a few days ago through the promotion, expiring January 31, 2023. Now that will be January 31, 2024. Realized that not only will I have access to United lounges while flying domestically or internationally, but any Star Alliance Gold lounge as well. Also only cost me a net of 209,000 miles by combining the 15% promotion and using Citi and AMEX points, splitting the Citi points between two calendar years (I got the Rewards+ card for that purpose). One of the many reasons I read FM. Thanks!

Do you get an actual Star Alliance card in the mail?

Don’t know since I literally transferred the miles to make Singapore Gold a few days ago, but I was able to access the card through the app on my iPhone, and then transfer it to my iPhone Wallet.