Many readers are likely familiar with the fact that Schwab Platinum cardholders can redeem membership rewards points to a Schwab brokerage account at a rate of 1.25c each. We recently reported the rumor that this rate will change to 1.1c each on September 1st. Last week in the discussion response to that post in our Frequent Miler Insiders group (and has since been reported at Miles Earn and Burn), it came to light that there is an additional reason you may want to consider this: redeeming Membership Rewards points to a Roth IRA may be a deal that’s too good to pass up.

A Roth IRA is a tax-advantaged retirement account that enables workers to invest without ever owing taxes on the earnings. As of the most recent tax year, Roth IRA account holders were able to contribute up to $6,000 per year (subject to income limitations) without owing tax on any withdrawals down the road in retirement years (subject to age restrictions on withdrawals). That is to say that with a Roth IRA, you are not taxed on withdrawals / earnings. When you are investing income, it is after-tax dollars that you invest (so you don’t get a deduction for contributing to a Roth IRA), but that money grows tax-free, potentially for decades. As a random mathematical example, if you invested $6,000 in a Roth IRA today and it grew at an annual rate of return of 8%, 30 years from now it would be worth more than $60,000 (and the advantage is that you would not pay tax on the $54,000 of earnings). Whether or not a Roth makes sense for your situation is highly individual and keep in mind that this is a very basic explanation from someone who is not a financial advisor.

Several days ago, a member of our Frequent Miler Insiders brought up a discussion point in response to our post about the rumored changes coming to the Schwab Platinum Invest with Rewards feature: he said that redeeming to a Roth IRA does not count against the annual contribution limits for a Roth. That didn’t seem to make sense to me, and keep in mind that I am not a CPA and this post is not meant to be legal, tax, or investment advice. Take the information here for entertainment value and talk to your own CPA before you make any decisions. Update: It’s also worth considering that if you over-contribute, I’ve heard that the penalty is 6% of the excess per year until the time that the over-contribution is corrected, so there could be a penalty down the line if it is determined that Membership Rewards points should have counted as a contribution. Again, talk to your CPA.

I decided to take my own advice and ask around with people qualified to know the answer. The response I’ve now gotten multiple times is that it is true that points redeemed to a Schwab Roth IRA are somehow classified as a bank bonus / non-taxable investment gains that do not count toward the annual contribution limit. I’ve found discussions at places like investing forum Bolgeheads dating back a couple of years and at Reddit where members claimed to have even contacted the IRS to confirm this (though I’m not sure which department you would contact for a definitive answer). Most of the discussion I’ve read about this indicates that Membership Rewards are coded as a bank bonus, which is relatively consistent with previous precedent we’ve seen in determining rewards as being rebates / purchase incentives / bonuses that are not considered to be taxable. The closest analogy here is a brokerage bonus. Most brokerages offer a cash incentive to move investments. When I opened a Roth IRA at Merrill Edge last year and moved a Roth account to Merrill, I received a $225 bonus based on the amount transferred. That $225 is coded as a bank bonus / investment gain and did not count against my annual contribution limit. Apparently, Membership Rewards points are handled similarly. If true, that would be amazing since it means that you would be able to invest your Membership Rewards points and let the investments grow for decades without owing tax on the earnings.

Again, I am not a CPA, I am not a lawyer, I am not a financial advisor. The people I asked about this are all human and could be wrong. Do your own research before you make any investment or tax decisions. However, this possibility certainly makes the Schwab Platinum more appealing in the current moment for anyone with a Roth IRA account or interested in opening one (though Greg points out that maybe it’s worth a gamble to wait on it). Keep in mind though that when I inquired with Amex customer service, I was told that the redemption rate on the Schwab Platinum Invest With Rewards would change to 1.1c for all cardholders on September 1st, so if you’re looking to get 1.25c you would theoretically need to do so before September 1st (though some will find this worthwhile even at 1.1c). 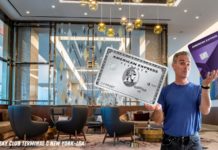 […] from Frequent Miler wrote an entire post dedicated to this. In his article, he […]

Nick — I believe in addition to the six percent you also need to remove any earnings on the excess contribution which comes with a penalty if not eligible to withdraw from a Roth IRA. Not tax or legal advice. Check with CPA.

There is no way this correct and this is crazy advice to be telling people.
It’s right on Fidelity’s website: All IRA and 529 plan contributions resulting from the card will be considered current-year contributions.

Does Fidelity do this too? No way to do this with BoA correct?

Larry K
Reply to  Another Jeff

That’s interesting — they even imply that if you have contributed to a different IRA such that your points redemption puts you over the limit that it may be a problem for taxes. Excess contributions are nothing to mess with so I think I will probably not be applying for the Schwab card to do this unless someone finds something clear.

I wonder if this is true for other cash back cards you and move directly to an IRA. Thinking the fidelity card, BoA premium rewards, etc…

So, this would be incredible if it works. I’ve received brokerage bonuses in IRA accounts before and I haven’t received any kind of tax form that would indicate it’s an excess contribution. Like you say, Nick, Merrill Edge will pay bonuses to your Roth and it’s hard to see why this would be different other than the scale. Traditionally 1.25 cents for Amex points given their other uses has not been appealing to me but putting 1.25 cents per point into Roth? That’s a completely different thing.

Very interesting. How about Morgan Stanley? Can you contribute to a Roth IRA there too? How do they classify it?

I feel like I definitely have paid taxes though on my bank bonuses in the past. So you’re saying this would be different than cashing my points out directly? (As far as tax purposes go. This obviously wouldn’t be the best use of my points)

Yes, you get a 1099-INT for a bank bonus. That hasn’t been the case when redeeming Membership Rewards points to a Roth IRA.

No one you can call at the IRS has the authority to condone/condemn this activity, and no competent CPA would ever advise you that this is a good idea. This is an IT oversight, not a feature, and you’ll be exposed to potential penalties during the lookback period. Do your research before you do something dumb because a blog told you so.

Is there a reason you’re limiting this discussion to Roth IRAs? A traditional IRA has the same limit and should have the same contribution rules. Thanks.

If there is no tax owed on your Membership Rewards when you receive them, and you can invest them in a Roth IRA, I’m not sure why you’d ever choose a traditional IRA over a Roth IRA. You’d have to pay income tax on everything when you withdraw the traditional IRA, but there’s no tax on a Roth IRA withdrawal when you’re over 59.5 years old.

One reason would be if you’re over the income limit to contribute to a Roth.

I’m a little dubious that it’s even legal to contribute both $6k and points in a single year. Assuming it is, my question is whether this same bypass exists for both Roth and traditional IRA. If you’re allowed to do this for one, it should be allowed for the other.

To address the other comments, I should have explained I was thinking of the backdoor Roth technique. People who don’t qualify for a Roth contribution can contribute to a traditional IRA and later convert that money to a Roth. (Since the points probably have a cost basis of $0, you’d pay tax on the point value at the time of conversion.) Once that money is in the Roth, you can withdraw it at retirement without paying tax on the capital gains. Maybe this is better or worse depending on other factors like how much time you have to grow that money.

Just a quick note to be careful with the backdoor roth if you have other IRA money. For example if you move money from a workplace plan from an old job to a rollover IRA for a bonus or to qualify for preferred rewards or whatever you may not be able to achieve backdoor Roth for complicated tax reasons. (Not tax or legal advice. I’m not your accountant or lawyer. Etc.)

IF it’s true that this is not a contribution, then there is no reason to do a backdoor Roth with points. Since the income cap only restricts contributions, it wouldn’t apply here and someone over the income cap could transfer points in this manner to a Roth. That is a big IF though – not sure I totally buy it’s not considered a contribution.