Qatar Airways is offering a 20% bonus when transferring bank points to their Qmiles program which includes Citi ThankYou points. The landing page for this offer lists American Express as an eligible bank for this transfer bonus promotion. However, Qatar Airways isn’t a Membership Rewards transfer partner in the US, so it’s only Citi ThankYou points that are eligible for this offer for US-based readers.

Qatar Airways Qmiles hadn’t been a particularly appealing airline loyalty program to transfer points to in recent years due to a no-notice devaluation back in 2018. However, they appeared to see the error in their ways last year by reversing that devaluation.

There are now a number of sweet and somewhat-sweet spots in the Qmiles program, such as those listed by One Mile At A Time and NerdWallet which include travel to Qatar itself, as well as Europe, the Maldives, New Zealand, India and more. 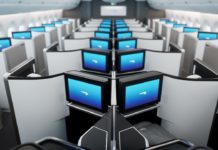 xlnt. But that is some serious legalese, sounds like folks used to double speak or triple speak.