Most airlines in the U.S. now offer free flight changes on most routes (see our quick reference charts here).  That’s great, but they don’t usually waive the price difference between two flights.  For example, if you booked a flight for $300 and you want to change it to a different flight, day, or time, you might find that the new flight is more expensive.  In that case, you’ll have to pay the difference.  This can be an especially big issue if you’re trying to make a last minute change since last minute airfare tends to be crazy expensive.  Fortunately, if all you want to do is change to another time of day, you have another option: Same-Day Flight Changes.  In this post, I’ll specifically examine Delta’s Same Day Flight Change options… 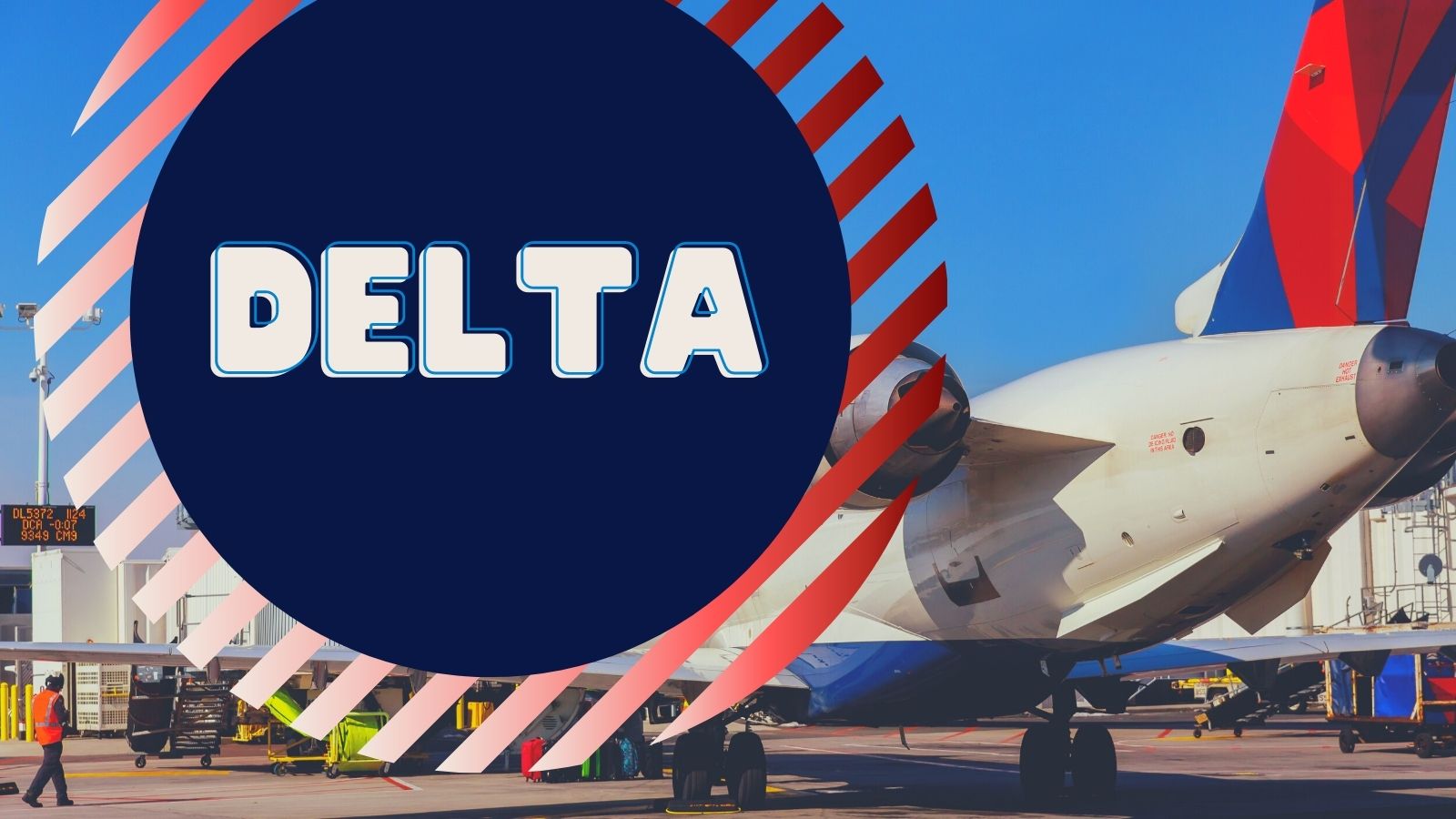 Save Money or Miles

It’s sometimes possible to book a cheaper flight than the one you really want and then to same-day change to the one you want.  The risk, of course, is that the flight you want may be sold out by the time you attempt to change to that flight.  Or, if you booked main cabin, you are very likely to find that there are no seats available in the same fare class that you booked.  Another risk is that you may lose out on complementary upgrades.

If you’re willing to accept the risks, it’s definitely possible to save money or miles.  Take this Christmas day flight from Detroit to Orlando for example: 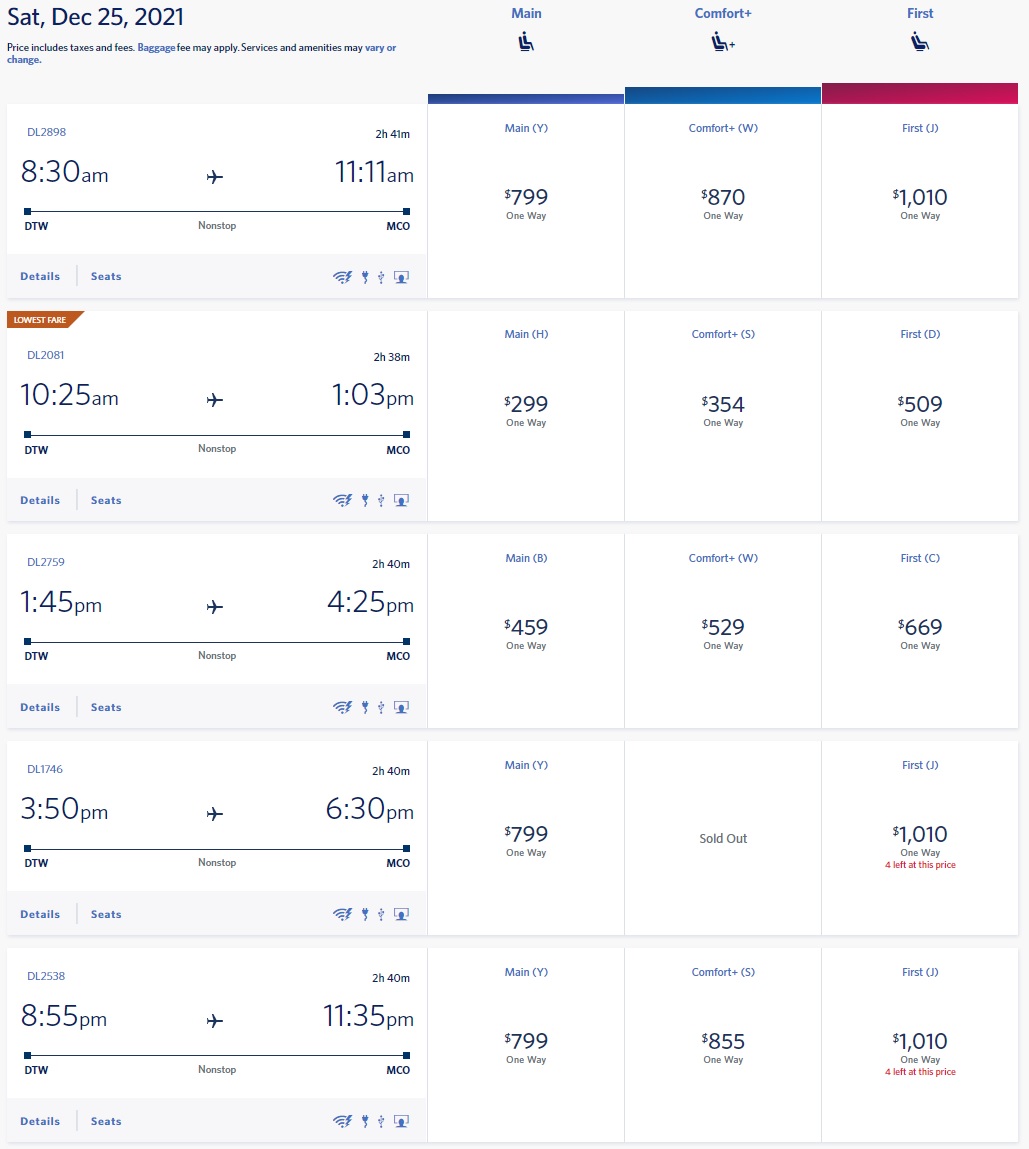 Suppose that your goal is to fly either late afternoon (3:50pm) or evening (8:55pm).  One-way main-cabin seats for those flights cost $799.  That’s crazy.  You could instead book the 10:25 a.m. flight for only $299 and hope to same-day change.  That probably won’t work, though.  Already, only Y-fares are available for the later flights and Delta won’t let you do a confirmed same-day change from the cheaper H fare.  The workaround is to book either the $354 Comfort+ fare or the $509 first class fare.  Either way you would save money over booking the $799 main cabin fare, even if you had to pay the $75 same-day confirmed change fee (waived for Gold elites and above).  If you book the Comfort+ ticket, you can only confirm a change either to Comfort+ or to main cabin depending upon what’s available (if anything).  If you book the First Class ticket, you can confirm a change to any available cabin class.  It would probably be worth the extra cost of First Class to increase your odds of getting a seat.

All of the same considerations discussed above apply to award tickets as well.

If you have experience leveraging Delta’s Same-Day Changes, I’d love to hear your experience and advice.  Please comment below. Delta makes it Hertz so good What does the 24 hour window really mean? If my booked flight is at 8 am on Saturday March 5, can I go standby on Friday March 4 for the $75 change fee if within 24 hours of my original departure? Or does it only apply to flights on March 5?

I’m pretty sure that your original seat is still protected until you actually board the earlier flight. But I’m not 100% sure!

How does it work to standby for a later flight? What happens if you don’t clear the standby list, but your original flight already left hours earlier?

Then you’ll have to wait for the next flight. It’s definitely risky

In my experience, the Comfort+ trick doesn’t work unless the ticket is a true W fare.. I’ve tried it a couple of times and it seems that on the back-end, Delta has either linked S class comfort+ tickets to an economy fare class (rather than just being an S fare, for SDC it shows up as an H fare with an comfort+ surcharge) OR that S fares fall below Y and B fares in the pecking order (I’ve had agents tell me both things).

Would love to get any tips or work arounds here, if others have had a different experience!

I believe there is typically an underlying coach fare bucket associated with C+ fares. “Y-up” First fares do same thing. For example, if a V fare is $150 and C+ is $225, when V is sold out, a T fare is available for $175 and C+ is $250. The differential usually stays the same.

I think you are correct with how standby works regarding underlying fare bucket but I’ve not personally dealt with such.