Star Alliance carriers are offering some cheap airfares to Europe this fall, with prices starting in the $330’s for flights from New York / Newark to cities like Dublin, Amsterdam, and Barcelona. Other destination cities are available for a bit more as well, with availability from September through January. While Newark seems to have most of the deals this fall, there are also limited dates out of Chicago for under $400 round trip as well. It’s easiest to use Google Flights to find the deals, but you should be able to book these through OTAs and/or directly from the airlines. You may even save a few bucks through smaller OTAs listed at Momondo.

Also keep in mind that many of these can be booked on points, with round trips starting around 22,500 Ultimate Rewards points if you have a Chase Sapphire Reserve. Flights to Dublin appear to be cheapest, with early fall dates from just $330:

While I once went to Ireland in January and don’t necessarily recommend that time of year (many B&B’s / businesses are closed), the price shown above is from September 20th-27th, when the weather should still be pretty good and shoulder season may mean lower prices for accommodations. Adjust the dates from the same search above and you can find deals to plenty of other European cities. Here are a couple of options to get to Barcelona or Amsterdam in the $340’s in September:

Deals available really seem to vary by the day of the week. Here’s Lisbon for $364 — but you may see it for more or less depending on the dates you choose: If you’re looking for Paris, adjust dates and you can likely find it a bit cheaper yet than the $371 round trip nonstop shown here.

The other Star Alliance carriers are getting in on the act, so you have other options in addition to United. See below for cheap flights to Europe on Air Canada, Swiss, Lufthansa, and Icelandair. Other gateways? Chicago under $400 RT

However, there are limited dates with sub-$400 fares out of Chicago during the fall. For example, here is Chicago to Lisbon, Portugal for $367 round trip.

Prices to Europe always fall in the autumn, but these are still excellent deals for shoulder season or potentially during the holiday season if you’re looking to get to Europe at that time. While I prefer to fly business class as much as any points enthusiast, these prices make it hard for me to justify 50K or 60K or more one-way for business class charged by many programs. This is especially true when you could use Chase Ultimate Rewards and spend something like 22,000 points round trip for a $330 fare (with the CSR) — or maybe even less if you have the 35% rebate on redemptions with the Business Platinum card and United is your chosen airline. 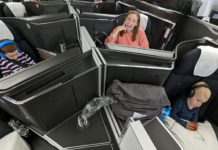 […] Flight Deals to Europe This Coming Fall:  Star Alliance carriers have some very nice deals that you can scoop up for round trip economy seats this fall.  There are several deals for under $400. Some destinations include Paris, Amsterdam and Barcelona. Hurry before they’re all gone! […]