Update: Dom reports that American Airlines PR reached out to him to say that this benefit is not being removed. Doctor of Credit reported this page that mentions the 10% rebate in a comparison of the various cards. Interestingly, this other page also has comparison charts of some of the AA cards and does not show the 10% mileage rebate. I can’t say for sure that this benefit is going away, but I can’t imagine that removing mention of the benefit from the majority of pages marketing the card was an accident. We’ll see what that means in the coming weeks as people apply under the new offer and either receive the rebate or do not. If you have opened your card since May 3rd and you redeem miles, let us know whether or not you received the rebate.

Dom over at The Short Final posted today that Citi and American Airlines are no longer offering a 10% rebate on mileage redemptions for Citi AAdvantage Platinum Select cardholders. He followed up with Citi and American on Twitter, where it was confirmed that this benefit is no longer offered. While we saw no mention of this change when recent benefits changes were announced, I can no longer find any reference to the benefit on Citi’s site (for new applicants), leading me to believe that new cardholders will not receive this rebate. Note that the Barclay’s Aviator card still shows the 10% rebate on the landing page.

As shown in the picture above, I just took advantage of this benefit (albeit from the Barclays Aviator Red card) a couple of weeks ago when I booked award tickets on Cathay Pacific from New York to Shanghai. The benefit awards 10% of your redeemed miles back each year, up to a maximum of 10,000 miles rebated — hence why you only see 10,000 “bonus miles” in the image. That still dropped my net cost down to 65K per person for one-way business class to China, which is a nice benefit to have (mine comes courtesy of an Aviator card).

Some comments on Dom’s post indicate that he could be incorrect because readers have recently used the rebate and/or find it listed in their account benefits when logged into Citi’s website. However, when Citi announced the benefit changes (See: New Citi American Airlines benefits & bonus coming soon), they were set to take effect for new cardholders beginning on May 3rd and for existing cardholders as of July 22nd, 2018. I expect that those cardholders who had the card prior to May 3rd will enjoy this benefit at least until July 22nd. It is unclear whether the benefit will last until the end of this calendar year or your next anniversary date for those cardholders who applied before May 3rd, but Dom checked and AA confirmed that this benefit is no longer offered. To be fair, both American and Citi kept deferring to each other to a certain extent, so the information isn’t as clear as I’d like, but with the removal of any mention of this benefit from Citi AAdvantage web pages and the Twitter confirmation from American, I think this benefit has likely ended at least for new cardholders.

When will the benefit end for existing cardholders?

This is the million dollar question assuming that the benefit is indeed going away. As this is a calendar-year benefit, it would seem strange to end it mid-year. But will the benefit end for everyone in December 2018? Will those whose anniversary dates fall after July 22nd lose the benefit during this year? What about those who signed up for the card in March or April 2018 — will they keep the benefit until next anniversary, giving them access to the 10% rebate in both 2018 and 2019? There are definitely a lot of questions, and at this point we don’t have the answers. I reached out to American and Citi via Twitter in response to the comment shown above and will update this post if and when they respond.

It looks like Citi has discontinued the 10% rebate on redeemed miles that used to be a benefit of the Citi AAdvantage Platinum Select card. We do not yet have details as to when this change took effect, but the benefit is no longer listed online and the American Airlines Twitter team has confirmed that the benefit is no longer offered. We will update if and when we have more details about how the change will be implemented. 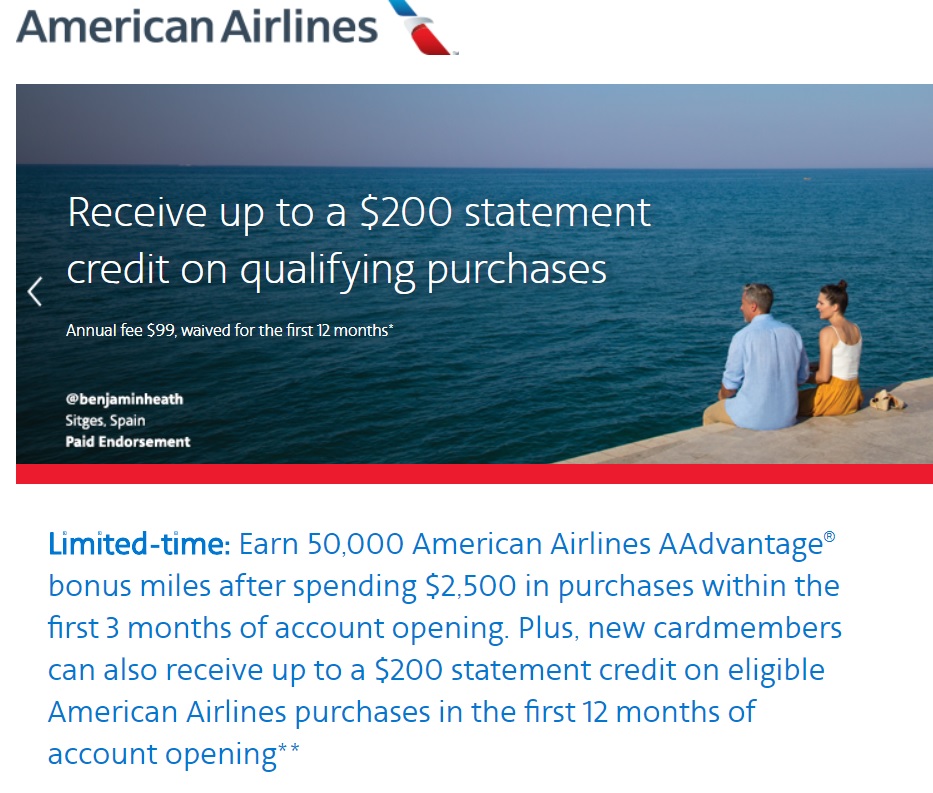 Just cancelled the card, two days after renewing. Glad I kept the Barclays. No free baggage but good for keeping miles from expiring. Makes the Amex Gold look a little better. We only take one vacation trip a year. They were making money on me.

Yeah, they confirmed a few days ago unfortunately.

Any updates on whether this benefit is now indeed gone for existing cardholders?

So what was the final verdict of the 10%? It’s still good if we apply now?

Glad I dumped that card and kept Barclay instead.

The true value of that 10% would be if AA would you loan you some miles to get the award and then take back the miles after the 10% comes through. But that would reduce the breakage. The 10% just results in orphan miles.

They are assholes. All off them.

Wow, my 10K grandfathered Aviator is looking better and better.

I saw this this morning as well…esp on Flyer Talk. I found out at the same time (cuz I don’t remember if I had heard this before) about the 2 miles per $ at restaurants. Don’t think I can eat out enough to make up for losing the 10K miles per year, LOL.

Has Citi Killed The 10% Rebate On The Citi American Airlines Cards? (No, It Hasn't) - Doctor Of Credit

[…] only mention this because today both The Short Final & Frequent Miler have posts on this benefit being removed for new cardholders. To be fair to both those sites, both […]