My Virgin Atlantic account currently shows a balance of over 557,000 miles.  With most programs, I’d be pretty happy about that.  In this case, though, the total is less than half needed for a single award: A week on Richard Branson’s Necker Island.

Honestly, I think its ridiculous to spend 1.2 million miles (or $28,000) for a week on an island.  Even with Virgin Atlantic miles (which are generally considered less valuable than many other types of miles), there is so much more one could do for far fewer miles.  That said, one of the things I love about the miles & points game is that it makes it possible to do things that I would never do otherwise, such as:

In a way, the Necker Island award represents the ultimate splurge, but I still wouldn’t recommend it for most people.  With the same effort required to earn 1.2 million Virgin Atlantic miles, you could earn enough airline miles and hotel points to travel in luxury for far longer than a week.  Keep in mind, too, that the Necker Island award does not include airfare to and from the Virgin Islands.

Still, despite my advice to everyone else, I’m going for it.  As I’ve mentioned in previous posts, I enjoy challenges, and this is a big one.  Plus, I expect that the trip itself will result in interesting new content for this blog.  If I wasn’t a blogger, I probably wouldn’t do it.

Miles in the bag

I started with only about 1000 miles in April.  I don’t even remember where those miles came from.  Since then, I’ve amassed just over 556,000 additional miles, as follows:

Miles on the way

Plan for the rest

As long as Bank of America continues to offer the not really 90,000 miles signup bonus for the Virgin Atlantic card, I should be able to meet my goal with only 5 more approvals.  Easy.  That is, it’s easy for a person with advanced manufactured spend experience.

If the 90K-ish offer goes away, I’ll look instead for Citi or Amex to offer additional transfer bonuses.  Previously I was hesitant to transfer my valuable transferable points to Virgin Atlantic, but I finally decided on an approach that makes it easier: I’ll transfer my wife’s points rather than my own.  Even though my wife’s transferable points are just as valuable as mine, and I fully manage both sets of accounts, it’s somehow easier for me to give up her points.  It doesn’t make any sense, but there you go.  In return, I’ll invite her to accompany me to Necker Island. The Virgin Atlantic monthly award calendar still exists. Here’s how to find it. 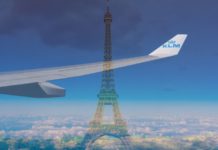 What if it rains that whole week?

Or, worse, a hurricane…

When do you plan on going? If you stay away from August through November you won’t risk hurricane season. I like July for that area, but I’m spoiled with the warm waters during that time. Winter is of course a great time to get away from snow in the states, but that’s peak season in BVI.

Will you extend your stay in the area before Necker? There’s some great ways to stay free on awards in USVI/BVI and thus extend this points-expensive trip into a 2 week vacation. I wouldn’t stay somewhere else after Necker because it would be a let down after a private island. St. John, USVI is one of my favorite islands. We’ve been there 5 or 6 times, but now stay in the BVI’s when we get that way.

Unfortunately, Celebration Weeks (when we can book these) are mostly available just during hurricane season. Sometimes they open a week or two in the winter / early spring though. I’d love to go then.

FM, Have you ever thought for any reason, Virgin Atlantic removes this redemption option before you collect enough miles?

That could happen. Or, they could raise the award price. If so, I’ll probably convert a lot of the points to Hilton points and use the rest over time to fly Virgin Atlantic and their partners.

Maybe not Necker Island, but Hilton has some nice properties. You could stay for a month for that many points. Maybe your wife would forgive you for using “her” miles.

Yep. I doubt I’d stay a month at one property, but we could certainly live it up at a bunch of them!

You are exactly what’s wrong with the world. Greedy. Selfish. Ruining everything for everyone else.

You laugh about this. It means nothing to you except to further your own personal gain by promoting your blog and putting money in your pocket. All at the expense of everyone else. YOU are the reason deals die. YOU are the reason that all the major credit card companies now are moving to impose extreme limits on approving cards (Chase: no more than 4 apps in the past 24 months – same thing now being reported by many for Citi and Bank of America). Yes, YOU.

It’s not so much the fact that you are doing this (abusing the banks). It’s that you are publicly mocking them, brazenly daring them to do something about it. You – yes you, personally – are the reason that it will now be impossible to get more than a few credit cards every couple years. You think the banks are all run by complete morons? You think they don’t have access to the internet? You think that the people working there enjoy seeing themselves played for suckers and getting laughed at? You think they won’t react to what you’re posting here? What do you think they’re going to do? Is that going to “help your loyal readers?” Yeah, sure.

You know exactly what’s going to happen. You just don’t give a shite because you’re blinded by your greed, and your followers just laugh along because they are too stupid to add 1 + 1. You’re piling up one hell of a karmic debt that I hope comes back to really fark you up badly someday. You really are scum.

Eh, its always a battle between good and evil. The only thing we do as individuals is assign the category, so stfu and leave the man alone.

“You’re piling up one hell of a karmic debt that I hope comes back to really fark you up badly someday.’

Yes, the famous karmic wrath of…credit card churners? Those righteous folks who abuse the banks in quiet deserve so much sympathy…

Rob,
You are the selfish one who thinks only you should abuse the deals. Spreading knowledge (or even miles) or wealth is a good karma. If you are such a Saint why are you worrying so much? FM will only right about it and all other saints like you can just ignore and do the right thing. You should worry only if you own the banks and if these are deals regarding your bank. Even then you should thank FM for exposing loophole.
My theory is that even when banks notice they probably play the baiting game (like lottery tickets). Probably they hope that everybody will get stung by MS and in the process end up paying huge interest rates. (Everybody knows this is not an easy game and people easily make mistakes)

Kudos to Greg for not taking this tirade down and allowing this person (I presume) to vomit all over his nice blog, aka voice his opinion. Makes me think Greg is the one with class, a spine and integrity.

I cringe every time you bring this goal up. I like that you are following through even though some of the easier MS opportunities have dried up. I would not have faulted you for throwing in the towel, and think you are a crazy man for going through with it. One of my favorite blogs!

This has got to be one of the craziest mileage redemptions available. I love it, keep it up.

I wish my wife would get into this game….hard for just one player.

My wife is very much in the game, but she only has to do very minimal effort. Basically a phone call a few times a year to cancel a card and sometimes I give her a card and tell her to use it for the next few weeks. That is it. You can manage almost everything for her with her permission.

Getting my wife to call and cancel is the hardest part. She hates it!

@Jason: If you don’t care about retention bonus, you can cancel via pm. I do that for all of my cards. It works for Citi, Barclays, Chase, Citi, Wells Fargo. Haven’t tried it on AMEX though. You just have to check their reply to make sure that your card is cancelled, because sometimes they will reply back to ask for confirmation.

Very generous of you to invite her!

That’s hysterical….I do the same thing. I apply and manage all my wife’s cards. “Her” miles just seem easier to spend.

What I love about this post is the sarcasm regarding how much easier it is to use your wife’s miles, and then the part about inviting her along.