So long, Sir Richard Branson. Reports on Twitter indicate that Necker Island is no longer bookable with Virgin Atlantic miles. Greg spent a week on Necker Island in 2016 and loved it (See: Is Necker Island really worth 1.2 million miles?). I think Greg intended to get back there again eventually, but Branson says that’s a no-go. First a report came in on Twitter saying that Necker Island would no longer be bookable with miles in 2022.

Was just informed that Necker Island will not be participating in the miles redemption program for 2022, so anyone who wants to use VS points should go this year. 🙁 cc @MilesperDay @utahshane @FrequentMiler

Then Vinh from Miles Per Day apparently reached out to inquire about booking a trip this year. Eligible “celebration weeks” typically occur in October, which one would think would be enough lead time for the island to take reservations for this year. And they are in fact taking reservations this year — at the published rates (mileage redemptions are suspended).

This news is obviously a bummer for anyone who was hoping to make this redemption but had been prevented from getting there due to the pandemic. The island had previously been badly damaged by storms, so I’m sure that some folks have already been holding off for a couple of years. Unfortunately, it looks like there won’t be any further opportunity to visit with miles soon if ever again.

Update: The Virgin Atlantic website indicates that redemptions are currently suspended as they work through a backlog of trips cancelled due to COVID-19. It is therefore possible that this redemption will come back again eventually, though it looks like not before 2023 based on the data points above. 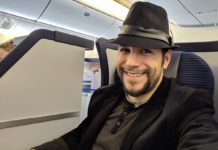