Samsung Pay (only via the Samsung Pay app on Samsung S6 and later phones) is offering several deals on gift cards. If in need of a last-minute gift, these could be a great option. While purchases in-store through Samsung Pay should trigger the 3x bonus category on the US Bank Altitude Reserve, I’m not actually positive whether or not they do when buying gift cards in the app. I expect this type of purchase would still trigger that 3x bonus, which sweetens some of these deals beyond what you can find elsewhere today. In other cases, you can do better (like 10% off on Southwest Airlines gift cards through this deal). 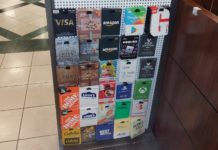 Amazon: Get up to 50% off when redeeming 1 Membership Rewards point (targeted)