This weekend’s Frequent Miler week in review around the web is tinged with the current battle between customers and airlines: many airlines are trying to squirm out of offering refunds and it just isn’t right to keep your money when they can’t provide the service unless they want to offer you an incentive to accept a voucher. Read on for some of the current stories out there — but also a really nice move from Chase and a very sweet sweet-spot that’s about to end in a couple of days. Years ago, I worked in the juvenile justice system. There was a young man I’ll call David who came to my facility and was the rare type of person who made an impression on everyone. I couldn’t possibly tell you his story in a paragraph, but it was clear that David hadn’t had much positive influence in his life and was craving something better. I wasn’t the only person who teared up when some months after his release we heard that he was back in the system. He had robbed somebody. We knew why he’d done it before we found out: David was a 17 year old with a 1 year old baby and he had neither family support nor an easy time getting a job after release, but he had a hungry mouth to feed. Anyone who knew him knew that stealing wouldn’t have been his first or second choice, that he must have really needed the money. But as Gary Leff notes in this post about the airlines who have accepted money for tickets they can’t honor and now want to keep customer funds because they need the money, “Needing money though isn’t an excuse to take money that belongs to someone else“. David got locked up for doing that — and I have to think he isn’t the only one of us who would be called a thief if we accepted money for something we ended up unable to provide and then refused to give the money back. I get that the airlines are in for really tough times and as someone who loves to travel, I’m rooting for their survival — but this just isn’t right.

Canada Transportation Agency: No Refunds On Cancelled Flights And Stop Asking Us To Resolve Your Airline Disputes I do get that airlines are stuck between a rock and a hard place right now: with nearly zero revenue coming in and a great deal of expenses still going out each day, giving cash refunds is not what they want to do — and in some cases perhaps they don’t have enough cash on hand to do it. I don’t have the perfect answer for them, but it is really disappointing to see reports like this one from Dan’s Deals showing that a governmental agency will give them a pass. I said on Twitter and I’ll say it again: if you ordered a TV from Best Buy and an earthquake destroyed their warehouse before they could ship it, imagine if they told you that you could only have a store credit that’s good for 12 months because they just don’t have the money to pay you back and can’t afford to go bankrupt. That should never fly — you get the TV or your money back…the store doesn’t just get to keep your money and tell you that you need to find some other product they stock, it doesn’t matter that it wasn’t their fault. Surely Best Buy has insurance against catastrophes. Minutes after we recorded this week’s Frequent Miler on the Air episode, I saw this post from Mark at Miles to Memories. Greg and I had discussed at length how offers may change given the current environment, but this post illustrates something we hadn’t considered: Chase extending the time to meet minimum spend for people who recently opened cards. This totally makes sense — with nearly all businesses in many states closed, meeting spending requirements would logically be more difficult for the average person. Of course, Greg has already written about 7 ways to increase spend from your couch, and with it being tax season, that makes for at least one really easy way to meet minimum spend. Still, if you are working on a minimum spend that has suddenly become more difficult, Mark’s tip here is golden: send a secure message and ask for more time. You have just a couple of days left to book one of the best hidden sweet spots out there. Prince of Travel has a terrific breakdown explaining how it works and how you can still do OK in the future. This is worth a read if you have some Amex and Citi points and you’re contemplating 2021 travel.

OK, Live and Let’s fly brings us one more ugly story about airlines behaving badly — in this case being aided by the bank. Note that this is Amex France, not the US branch, but it’s still ugly given Amex’s partnership with Air France and attempt to push customers off to an insurance company that seems beholden to Air France. I would hope that in the US issuers will be more beholden to customers than airline partners, but this is a bummer to see nonetheless. 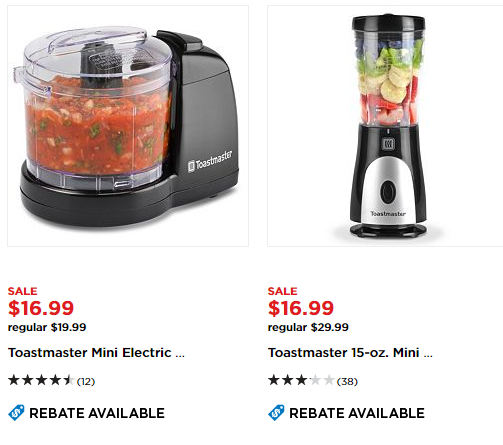 Earning miles and doing good: jumping on a deal for a cause

Carnival Cruise lines has told us that they will refund canceled cruises…but it will take up to 90 days. It’s already been over three weeks for me, and I don’t expect it any time soon. I guess I should be happy they aren’t forcing credit like the airlines. But I can’t help but think they plan to file bankruptcy and we’ll never see the refund.

Well, of course airlines should return your money if they can’t fly you somewhere. However, if you own a business, you are aware that cash flow is crucial. Some airlines may not have your money to refund you, they’ve already spent it. Too much pressure and the airline will just go bankrupt. Then nobody gets anything. This is a nasty, unprecedented situation. People should not be encouraged to demand refunds … it’s not right but it’s what we’ve got to deal with today.

I do understand cash flow. However, they fact that they’ve already spent the money for a service they never had to provide is the problem and suggesting that customers just accept that is something with which I don’t agree. They didn’t incur the cost of jet fuel, maintenance, pilot, crew members, catering, etc for the flight in question since it was cancelled. Spending money before they’ve earned that money is poor planning.

Most of us carry insurance in case an unexpected expense exceeds our cash on hand. Most of us also plan with extra cash on hand to cover a few months of expenses in an emergency. I understand that nobody anticipated an emergency of this magnitude — but being unable to refund customers for flights they haven’t operated is inexcusable in my opinion. If they’ve spent the money before they operated the flight, they essentially took your money as a short-term loan to pay other expenses. Now they want that loan for an additional 12 months with no further expense to them? Nonsense. Borrow if they must and cover the interest on that borrowing with future profits after they get a taxpayer bailout to stay in business, but pay the customers back.

Great analysis on the first story. Btw, did you take pictures with a thumb up or a sad face in front of every major airline, hotel, and bank? I remember jetblue, chase, and one I forgot.

Absolutely love your point, Nick. We ALL need the money.