Update 11/14/20: Since Nick published this post a couple of weeks ago, availability has remained widely open. In fact, when checking the routes he mentioned below just now (New York to Paris and Detroit to Amsterdam), availability is open for four people on even more dates than it was when he took those original screenshots.

A Thrifty Traveler Premium email notification just hit my inbox alerting me to better-than-average Delta business class award space into June of 2021. It is obviously very hard to predict right now whether trips to Europe will be possible/advisable/enjoyable, but for those with miles on hand (perhaps from canceled 2020 trips), this represents a chance to lock in summer travel with little downside given Virgin’s easy cancellation policy. As you can see, Virgin Atlantic charges just 50,000 miles one-way for Delta business class (and only $6 in taxes departing the US). Contrast that with the revelation this week that Delta is now charging at least 95,000 miles one way for partner availability to Europe (and whatever number they pull out of a hat for their own flights) and it is clear that booking via Virgin Atlantic is the way to go.

It’s not just departures from New York that are available. Here’s a look at Detroit to Amsterdam also in June 2021. I found scattered dates available on routes to Europe from Los Angeles, Seattle, and other Delta hubs as well. Atlanta was much more challenging, though I did see the occasional route with something (but not much).

Again, I wouldn’t be speculatively transferring here but like this as a good placeholder if you have miles on hand, particularly for those who travel with a family given that it can often be challenging to find four or more business class award seats on the same flight. Here’s hoping we’re all up in the air by the time your flight rolls around. 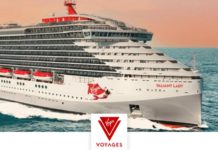 Hey Nick, did you notice that they are not flying any of their suites? I actually had some bookings in the new a330 in suites class out of Seattle booked before Coronavirus, and I’ve been looking to rebook ever since and I don’t see a single plane that’s flying their suites class even out of their East coast hubs

Thanks! Just booked SEA-AMS in Delta One for 50k + $6. While I’m expecting heavy COVID casualties over the winter…booked in late May…things will get better again…(before getting worse again). Hopefully no closures when I am there – assuming I go through with this…but for risking $6…what the heck…

First time in Delta One! That’s most of my Virgin miles…while Virgin is recapitalized…I think it may not survive in a few years time.

Forgot…hopefully border is open, no quarantine, etc…that’s a deal buster…obviously. Gotta think with Europe rise in cases/deaths soon (as in USA)…will just admit defeat, and allow Americans in.

Keep in mind that Delta one does not mean a delta one suite.

thanks for the heads up. Just checked, flight is A330…so just herringbone. 🙁

Never flown in a suite before.

I guess that will have to wait for another trip someday. Maybe if I ever get to Namibia via Qatar…or a flight on JAL Sky Suite.

Or a Delta One Suite flash sale…

So for an SFO departure I am wondering if the flight is better from LAX SEA or SLC?

Yawn. Wake me up when 2022 gets here and hopefully things are back to “normal” then.

This. Spring/summer of 2022 will hopefully be when we can look for things to return to something close to pre-covid life.

I booked one of these routes a few months back for April 2021. I’m not optimistic that we will actually take those flights. I’m tempted to continue booking and hoping, but I’m getting close to the point where I’m going to stop booking things at all until a greater sense of normalcy comes back.

If you end up cancelling, do the taxes get refunded too? I kinda didn’t fully understand that part. Thanks for the info! Great site.

I always feel silly wondering about this, but worth confirming with them before booking. For a Jetblue award ticket, they refunded me the taxes to my travel bank instead of method of payment.

Wondering if there’s availability from SFO. But with things are now with Europe, not hopeful on traveling in Summer 2021 to Europe

Ugh. Never anything good out of Atlanta with Delta

Sweet booked OW tix sea to ams. Only had enough for the way there. Now to figure out how to get back.

Thanks, we will fix it right away!