Given the fact that Marriott is out with some very interesting welcome bonuses (New Marriott offers: up to 150K points + 85K free night certificate!), I figured that this would be a good time to update our Marriott point valuations.  I also took an initial look at the value of 85K free night certificates now that they are a thing (85K certs are brand new with the latest Bonvoy Brilliant offer).  I last looked at the value of Marriott points in May 2021.  At that time, I found a median point value of 0.62 cents and an 80th percentile value of 0.82 cents.  Let’s see what I found this time around… In order to determine the value of Marriott points, I collected real-world cash prices and point prices.  As I’ve done previously, I examined a number of major hotel markets in the U.S.  In this round, in order to include more leisure destinations, I added Hawaii, Orlando, and Las Vegas and removed Houston.  The current list of hotel markets I looked at is: Chicago, Denver, Los Angeles, Hawaii, Las Vegas, Miami, New York City, Orlando, and Seattle. Within each market, I identified the first three search results with a guest rating of 4.1 or better, and I recorded both cash and award prices for three dates each: a weekday, a weekend, and a holiday weekend.

The median observed point value was 0.63 cents per point.  This means that half of the observed results offered equal or better point value and half offered equal or worse value.  Another way to think about it is that without trying to cherry pick good awards, you have a 50/50 chance of getting 0.63 cents or better value from your Marriott points when booking free night awards.

Pick your own point value

When we publish Reasonable Redemption Values of points (RRVs), we conservatively pick the middle value, or the 50th percentile.  The idea is that just by randomly picking hotels to use your points, you have a 50/50 chance of getting this value or better.  But what if you cherry-pick awards?  Many people prefer to hold onto their points until they find good value uses for them.  If that’s you, then you may want to use the table above to pick your own point value.  For example, if you think that you’ll hold out for the best 10% value awards, then pick the 90th Percentile.  If you cherry-pick a bit, but not that much, you might want to use the 70th Percentile (for example).

To me, this analysis shows that those who cherry-pick good value awards can count on getting around 0.80 cents per point value, or better.  And, while more than 1 cent per point value is possible, I wouldn’t count on it.

Our Reasonable Redemption Value (RRV) for Marriott points was previously set to 0.62 cents per point.  RRV’s are intended to be the point at which it is reasonable to get that much value or better for your points.  Therefore, I believe that the median observed value for is a good choice for our RRV…

In order to estimate the value of free night certificates, I looked at the average cost of hotel nights that could be booked with these certificates.

The results above require some explanation:

Based on the latest analysis, I’ve very slightly increased our Marriott RRV from 0.62 to 0.63 cents per point.  The idea is that you have equal chance of getting that much value or more from your award stays.

This post’s percentile results show that it’s reasonable to expect to get 0.80 cents per point or better if you cherry-pick good-value awards.  On the higher end, even though this analysis saw values as high as 1.38, I wouldn’t count on getting more than 1 cent per point value.

As to those new 85K free night certificates… I found average redemption values ranging from $457 to $693 depending upon which data points were included.  I decided to split the difference and value these at $575.  In real life, you’ll get better or worse value than that, but $575 seems like a reasonable redemption target. 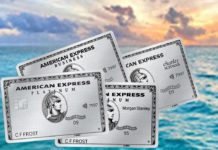