The affiliate offers for the Capital One Spark Miles, Spark Cash, and Venture Rewards cards have expired and those cards are temporarily unavailable through Frequent Miler. At the start of the year, in the post “Predictions for 2015, 83.3% guaranteed,” I reviewed my predictions from 2014 and published new predictions for 2015.  The title of the post came from the idea that 5 out of my 6 2015 predictions had come true.  It turned out though that I was wrong: the one prediction I had thought was wrong was actually right.  So, I really scored a perfect 100% for 2014 predictions.  Now, in 2015, there’s only one way things can go from there, right?  Right…

Here are the predictions I made for 2015:

Let’s look at each:

Recently, Delta introduced 5,000 mile awards on specific short-hop discounted routes.  I’ve been able to find these 5,000 mile one-way prices on flights from Los Angeles to/from San Francisco, San Jose, Oakland, and Sacramento; and between Portland and Seattle.  I see this trend as a big improvement in the SkyMiles rewards program. Previously, it was crazy to use miles for otherwise cheap flights (since you would get so little value for your miles), but now there are at least a few routes where it can make sense to do so.  Plus, those with relatively few Delta SkyMiles can now find decent uses for them.

So, you would think that Gary, from View from the Wing, would relent and take away the SkyPesos moniker, right?  Maybe not.  He says that this new development should scare us.  And, he says “I do not like it”.  His primary argument is that this development heralds the end of outsized value from our SkyMiles.  Maybe that’s true (but the answer will really depend on how they handle awards on partner airlines in the future), but isn’t that in itself a good reason to drop the SkyPesos name?  If we’ll consistently get a bit over 1 cent per point value from SkyMiles, then those miles may not be the most valuable currency out there but at least they should be measured against US currency, right?  SkyPennies, perhaps?

As predicted, we’ve seen good offers from lesser known banks, but I believe they’ve been limited to specific regions.  With this prediction I thought that we would see some new nationally available offers.

Recently, Capital One rolled out two big offers for their Spark Business cards: one for 50K points and the other for $500.  These are very good offers for cards with strong point earnings (2X everywhere) and low annual fees (first year free, then $59).  One big downside is that Capital One is known to request hard pulls from all three credit bureaus when you sign up.  However, there are advantages to going with Capital One.  I recommend reading what the Devil’s Advocate has to say.  Follow his embedded links for more information.  I wouldn’t call Capital One a “lesser known” bank, but they have been largely out of the picture for a while when it comes to the area of big signup bonuses.

In the meantime, the usual go-to banks have continued with big offers, unabated.  For example, Citi has stepped up their game considerably with solid 50K offers for their Premier and Prestige cards.  Barclaycard has continued its 40K Arrival Plus offer along with good offers for several airline and hotel co-branded cards.  And, Chase has continued with its amazing offers such as the 50K offers for its United cards and Southwest cards.  Amex, meanwhile, has continued to target people for their very best offers rather than making them publicly available.  However, some targeted offers are available to everyone through simple browser procedures.

Even though we haven’t seen lesser known banks come out with nationwide 40K/50K offers (that I can remember), we have seen regionally available 50K offers and we now have Capital One introducing new nationwide 50K offers.  The point of the prediction was that there would be big new offers from unexpected places.  I think we can call this one a win.

This one was an easy win. I predicted that Citi would add one or more new transfer partners to their ThankYou Rewards program.  And, so far this year, they’ve added two:  In January, they added Virgin Atlantic; and in February they added Qantas.  Now I just hope they add a few more useful partners.  Hint to Citibank: we would all be very happy to see Alaska Mileage Plan on the list!

I got this one wrong! As of May 6th, it is no longer possible to reload REDbird (the Target Prepaid REDcard) with a credit card at Target.  Fortunately, REDbird is still worth keeping.

I have until the end of the year for this one to pan out.

So far, two of my 2015 predictions have come true (Citi transfer partners and new 50K offers) and one has proven false (REDbird credit card loads).  If I get all of the remaining 3 correct, I’ll end up with the same 83.33% prediction rate that I first thought I had at the end of 2014.  That would be nice, but I now think the chance of Gary giving up the SkyPesos name is pretty darn slim… 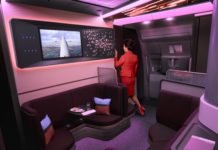 New Delta consumer [and business] card offers out this week

[…] 2015 predictions revisited. Are we near the end of the SkyPesos moniker? –  A look at how this year’s predictions have panned out thus far. […]

Can I buy a $500 Visa or MC gift card, and load it onto my Redbird using a pin? Help, I have 3 new cards to manufacture spend on.
Thanks.

Yes. That’s allowed at most Target stores, but not all.

greg you say this prediction of yours came true:
A new financial product will emerge that will make manufactured spend easier than ever.

what exactly is this new product that came out this yr?

nvm, the predictions were for 2014. and the redbird came out later in 2014. lets see what surprises the remaining half of this year has in store.

Hey Greg,
When I check the Delta routes you mentioned (LAX to SMF and PDX to SEA) the best options I see are 9,500 miles one way. Did you really see 5k?.
I see some Detroit routes at 10k one way – Nashville, St Louis, Chicago.

Yes, I saw 5K before. I just checked PDX to SEA, though, and now I’m seeing 7.5K. It seems to be quite volatile. They probably adjust it automatically based on current fares

I was pleasantly surprised with Delta Skymiles! I have had very poor success in the past with them, but last week this has all changed. I was able to book a one way ticket from SJC to GTF (San Jose to Great Falls) at 12,500 points on Alaska metal!! This was even lower than the 20,000 miles Alaska wanted for the exact same flight…I will now keep 25k points in my Delta account to accommodate last minute travel. I am a hot shot courier (and also do hand carrys) based in Calgary, Alberta, Canada and have points in over 12 airlines/programs approaching 2 million. I started collecting points seriously 2.5 years ago and can’t begin to describe how much fun I have.

Good Luck to All

Hey hottshottrev I would love to hear about your job as a courier and know how one might go about doing what you do as Its something i have been interested in for sometime but can’t seem to find out how to get started into seems like you have to know somebody to do those type of jobs.

One of the main benefits of collecting miles and points is to redeem premium products. Skymiles is still extremely weak at this and it may get worse. Yes, it can often give you a bit more than one cent in value at redemption. But only when you can find reasonable redemptions. This means it worths less than that – still pesos.

[…] 2015 predictions revisited. Are we near the end of the SkyPesos moniker? by Frequent Miler. Look back at how he is doing with his predictions so far. I’ll do a similar post at the end of the month, so far I’m doing OK but not great. […]

I still value Skymiles because I am limited to traveling at peak travel times, like Christmas, and the Skyteam partners often have good award availability.

I wanted to let you know I saw a memo from Kroger that is disturbing. It says that you are not allowed to buy more than $2000 (including fees) of any of their giftcards without paying cash. It also said that the cash registers will be hard coded sometime this year to prevent it. Right now the policy is ignored or enforced depending on who you talk to, but it limits you to 3 variable load $500 cards…unless you want to include the fee and buy 4 at 494.05……the thing that pissed me off was after blindsiding me with this memo the manager refuse to let me buy half and my wife buy half of the $3500 in giftcards, because “he knew we were together” so now I have to go to Kroger a few more times to get the same amount of cards…..all of this is supposedly in response to a federal law that started in Feb. which I will call Kroger corporate tomorrow to get further details…..it’s not like they are stopping you, but they are adding more hoops to jump through….another case of corporate ignorance and stupidity!!

Shocking that you are not 100%. From the Fairmont Ambassador Suite in Georgetown. Complimentary night from Chase Beautiful property and great workout space. Now off to Lyon to cash in the Barclay’s points you got me.

Great post Greg, your prediction success are much better than mine. Do you have any predictions to add today that you think will be true be the end of the year? I think everyone predicted massive changes to Club Carlson’s Last Night Free award, but can you think of any other predictions regarding hotel programs? Happy Memorial Day weekend everyone!

Well we’ve heard rumors now that the SPG card is about to become more expensive. Other than that, I’d watch out for a devaluation in the IHG card. It’s the one remaining “too good to be true” hotel card.