Frequent Miler author Stephen Pepper received an email today about what looks like a targeted promotion from IHG: get 20% off on Points & Cash bookings (presumably on the cash portion). This makes it possible to buy IHG points from 0.48c each. The terms indicate it is available for IHG credit card holders on bookings made by September 20th, 2018 and consumed by November 4, 2018. The public landing pages specify that it is for IHG Rewards Club Premier or IHG Rewards Club Traveler cardholders — I only have the IHG Rewards Club Select card and was not targeted. If you are targeted, this could be a good opportunity to score a nice discount on IHG points. 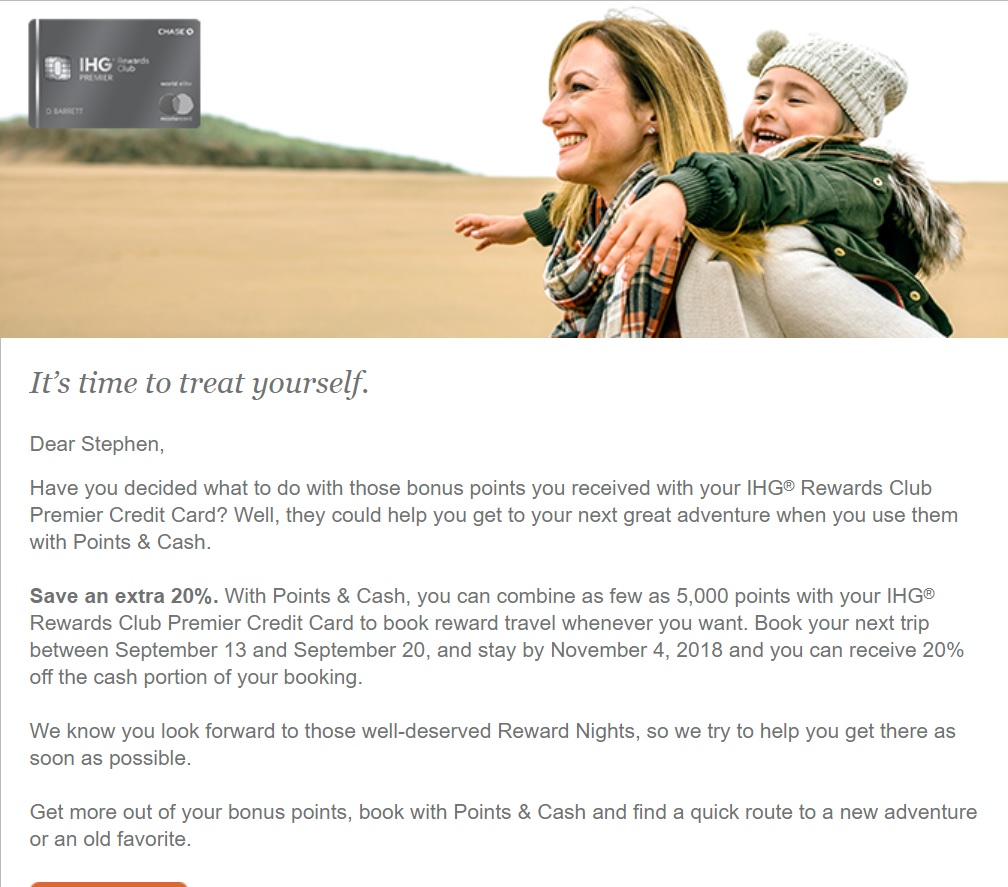 This looks like it could be a good deal if you’e targeted. Some properties have a “regular” price of $120 for 20K points (0.6 cents each). Saving 20% on the cash portion would bring the cost of points down to 0.48 cents each, which would be a solid deal for IHG points. See an example here:

IHG Premier and IHG Traveler (which was apparently pulled without notice at some point and is not available for new applicants at this time) cardholders could then later leverage those cheap points further with a 4th night free on award stays and/or those with the IHG Select card (old $49 version no longer available) can stack a 10% rebate when using points. That could all amount to some cheap stays on the lower end of IHG Rewards.

Keep in mind that Points & Cash bookings are excluded for most of the activities targeted in the Fall IHG promotion, so you won’t be able to stack this with those achievements. However, if you’re looking for cheap points for an award stay, this might do the trick.