I took a rare vacation from blogging last week.  We attended my niece’s high school graduation in Buffalo, then spent a day wandering around my old home town near Princeton NJ, and finished up with four days in Manhattan at the 48 Lex (which was terrific, by the way).  Now that I’m back, I realize that I have a few follow-ups and minor news nuggets to report…

Before my trip, I looked into renting a car for our brief stay in New Jersey.  I reported the quest in two posts: “Finding the best car rental deal” and “Priceline car rentals.”  There were 5 of us traveling together, all with luggage, so I wanted a big car to hold everything and everyone.  I intended to do Priceline until a reader let me in on a great Alamo deal.  With this deal, I was able to rent a very nice minivan for two days for about $80 all-in!  This was waaay better than the best Minivan price from any alternative I could find, and it was even better than the best intermediate-size car deal I could find elsewhere. Unfortunately, this reader asked me not to blog about the deal, so I’ll honor his request.  Sorry!

In the post, “The best pizza in Manhattan?” I asked for pizza recommendations.  Within Manhattan, the most popular recommendation was John’s of Bleecker Street.  Many said to forget Manhattan and head to Brooklyn.  Other locations outside of Manhattan receiving votes were Long Island, Queens, Staten Island, New Haven Connecticut, Stowe Vermont, and Sao Paulo Brazil!  One reader suggested Cottage Inn pizza in Ann Arbor.  I have to assume that was a joke because Cottage Inn’s pizza (even the one on William) doesn’t come close (in my mind) to other Ann Arbor favorites: New York Pizza Depot, Anthony’s Gourmet Pizza, or Bella Italia.

Due to a glitch in my site’s HTML, Google now believes that I am Ben Schlappig (One Mile at a Time), also known as Lucky:

Hopefully this will be sorted out by the time you read this!

A few weeks ago I introduced a new blog page called Quick Deals (see “Introducing Frequent Miler’s Quick Deals“).  Since then I’ve posted quite a few deals, but I’ve had some trouble with deal notifications.  I tried several services that broadcast blog posts to Twitter, Facebook, etc. but I ran into problems with each of them.  Finally I signed up for the pro version of Hootsuite and set up the notifications there.  As far as I can tell, that’s working well.  As a reminder, here are your options for signing up for alerts: 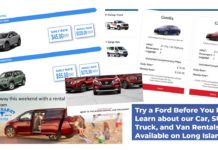 Surviving the car rental apocalypse by stepping outside the box

Ultimate Rewards: How to book with points despite online limitations

Patrick: I wouldn’t have classified it as a secret either, but as I was asked not to tell I honored that request. Sure, I’m always eager to learn new tricks so if you have a really good code I’d love to hear it. If it requires misrepresentation (such as pretending to be an IBM employee, etc.) I wouldn’t use it or blog about it, but I’d still find it interesting to learn about it.

[…] This is so so wrong! Google going nuts? Is NSA behind this, a Prism hiccup? Found here […]

Thanks for the reply.
Alamo coupons? Why was that in the “don’t tell anyway” category? that’s not even close to being a “secret” Oh well.

BTW… let me know if you want a really good code. One that doesn’t involve coupons. 😉

I got a great deal on a car rental.. but i can’t tell you how I did it.

WHAT?!?!? What’s the point of telling us you got a great deal if you are not going to share it.

I get that there are just some things that aren’t put out in the public domain for fear of killing the deal, (I have a couple myself) but when you say you got a great deal but are not going to share it, it kind of smacks of “naa naa, I got a secret and I’m not going to tell you what it is.”

What’s the point of even mentioning it?

Just curious. Why even mention it?

The good news about the rental car deal is that I can now write about it. The bad news is that it is no longer available. It was simply the Alamo Daily Getaway. The offer was for a $50 off coupon for $25. The trick was that three could be applied at once. So, I bought 3 for less than $70 (after the 10% discount by paying with Amex). Lucky for me, Alamo had a minivan available for only about $160 so the three coupons took care of almost the whole rental.

Patrick: You raised a good question about why I posted anything about the rental car if I couldn’t talk about the details of the deal. The answer is simply that I had previously posted about my plans for using Priceline, and people were asking me how that turned out. I felt the responsibility to answer and finish the story as well as I could.

Could you at least hint to the Alamo trick? Is any more info for it on FT, MP, FW or SD?

Quote from The Office: Identity theft is not a joke! Millions of families suffer every year!
.
Hopefully someone at google can fix your picture error.
.
Happy Fourth of July everyone. Stay safe and have fun.

Yes, it was a joke…I like New York Pizza Depot, when they make a fresh pie. Never tried Anthonys or Bella Italia (even though I have lived here 20 years)…Am I missing something?

Ricardo: Bella Italia is hit or miss with their pizza. At times it is the best in town and other times, not so much. I absolutely love their meat ravioli though. Worth a stop. Anothonys is consistently excellent pizza, but not NY style. Get the Anthony’s gourmet style (thick and delicious).