Update: RadPad ended this promotion prematurely on August 24, 2016 due to a lack of funds. You can find the announcement here.

Via Quick Deals, we previously reported that you can now use RadPad with Android Pay to pay your rent with a credit card fee free through the end of the year.

Catch 1: You have to pay with Android Pay

The problem with this, of course, is that Android Pay doesn’t run on your iPhone or iPad.  You will need an NFC enabled Android device running version 4.4 (named KitKat) or later.

Personally, I have an iPhone and an iPad so I’m seemingly out of luck.  I also don’t have rent payments, but for the purpose of this post I wanted to see if I could get Android Pay working on an old device.  I have two: an old Nexus tablet and a cheap Pantech Android phone.

I started with the phone.  I couldn’t find any evidence one way or another about whether the phone was NFC enabled, so I installed an NFC testing app (found here).  The app told me that NFC was not present on the device.  I then checked the phone’s OS version (under settings… about phone): 2.3.4.  That wouldn’t do.  Just in case, I then opened the Google Play Store and searched for Android Pay.  The app page declared: “Your device isn’t compatible with this version.”

I then tried my Nexus 7″ tablet.  Under settings… Wireless & networks… More, I found “NFC” and switched it on.  I then checked the Android version: 5.0.2.  Great!  I should be in luck.  Then I went to the Google Play Store to download Android Pay, but found this: I give up.  I’m sure that some Android savvy readers will point out what I did wrong and how to easily fix it.  And, I have no doubt that it’s possible to buy a cheap NFC enabled Android phone with Android version 4.4 or later.  Regardless, as my tests showed, it’s not as simple as it should be.

Catch 2: Not all credit cards are supported

Major rewards card issuers that do not yet support Android Pay:

Catch 3: You need to have real rent payments

RadPad reportedly checks with your landlord to get a copy of the rental contract.  I don’t advise fabricating one.

Other options to earning miles via rent payments

RadPad + Android Pay isn’t the only option.  Here are other options roughly ordered from simplest to most difficult… 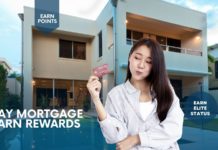 Does anyone know if the Starwood Preferred Guest AMEX is supported by Android Pay?

yes, at least that’s what I used and didn’t get rejected. actual payment will be processed next week.

I got an email from RadPad stating “We’re currently experiencing issues processing AMEX credit cards through Android Pay, resulting in rent payments being declined.” Was this your experience as well?

Does anyone know if the Starwood Preferred Guest AMEX is supported by Apple Pay?

they just sent email that paying with DCs are no longer free and I think payment with CCs have been decreased to 2.99%

Thank you! I was slow getting back to this, but I’ve now updated the post to reflect Plastiq’s new fees

I’m trying this with my Alaska BofA card. First $4k rent payment will be processed next week. Fingers crossed!

I tried this for my September rent (yes early, Radpad took so long first time I used them so I pay 2 weeks early) and could only get my Amex to be accepted by Radpad (several others on your list did not work). After trying to get it to work and talking with Radpad via email several times, I finally gave up. Eventually, I got a general public email saying they were having issues with Amex and Android Pay. They said to try again next month, sigh.

Thanks for this post! Finding a cheap option to get Android Pay to work is not easy! 🙁