Today American Express has announced a new Uber benefit on the Gold Card that will eventually replace the airline incidental credit on that card, but both benefits will overlap in 2021. This will be a strong deal for many cardholders, though I am personally much much much much much less excited about this. At least for me, the airline fee benefit was a lot better and I’ll be sorry to see it replaced with a monthly Uber credit. Still, for many cardholders this benefit will be a win — and there is also an Eats Pass membership being added to several cards which will also be a nice value-add for those who regularly order from Uber Eats. Amex has announced that beginning in 2021, the Gold card will feature a monthly $10 Uber credit. This will work the same as the current Uber benefit on the Amex Platinum card and will be valid for use once a month for a total of up to $120 in credits annually.

This will make the credit fairly easy to use for many cardholders given that the credit will work for rides or for Uber Eats. Of course, considering that the card also has a $10 per month benefit that is good at competitor GrubHub/Seamless (as well as other select restaurants) and given that Chase is offering Sapphire Reserve cardholders $60 annually this year and next year for DoorDash, I suspect that some readers may begin to feel inundated with restaurant delivery credits (and have difficulty keeping track of which have or have not been used each month).

Still, for those who have a Gold card and weren’t making use of the airline fee credit, this will likely be a nice addition.

Eats Pass added for up to 12 months on some cards

Amex also announced that Amex Platinum, Amex Green Card, and Amex Gold cardholders will be able to sign up for a complimentary Uber Eats Pass Membership for up to 12 months. Eats Pass is a monthly subscription like DoorDash’s DashPass or GrubHub’s GrubHub+. Like its competitors, Uber’s Eats Pass offers unlimited free delivery and supposed “other perks”. Cardmembers need to enroll by 12/31/21.

Why I am disappointed

Personally, I’m really disappointed with this for a few reasons.

First, I happen to live in an area that is not served by Uber. I know that likely puts me in a small minority of cardholders, but it means that I will only be able to use this benefit when I am not at home — and given the amount of travel I’m doing these days, I’ll have to work at it to use this benefit (whereas the airline credit is something that doesn’t depend on living near an airport). I surely won’t find myself in the right situation to use this credit every month. My annual fee is due to post this week and I have used the GrubHub credit three times in the past year. Chances are good that I will get far less value out of this than I did out of the airline fee credit.

Secondly, if I’m going to have a ~$100 benefit on a card, I’d like $100 that I can use at once. This monthly $10 trickle doesn’t make the benefit particularly exciting and means that I’ll never really feel like I got something “for free”, since any time I am ordering food or riding in an Uber it is likely to cost more than $10, leaving me with part of the bill (and it limits my choice because I find that even in cities where Uber Eats exists in my region, many of my favorite restaurants aren’t on the platform, leaving me with a dinner I’m not excited about in order to use up my credits). The airline credit has represented a chance to get a full hundred bucks in value at once. I like that a lot more than a slow trickle of ten bucks a month (even though the slow trickle can add up to more than $100 in this case).

I know that many cardholders have complained about not being able to use the airline fee credit because they aren’t traveling right now. That argument just hasn’t held water with me given how easy it has long been to use the credit (we maintain a resource about what still works and Greg has shared some of his thoughts about those credits). It just hasn’t been difficult to get value out of the airline credit, particularly as a Southwest Companion pass family that mostly flies Southwest domestically.

Replacing what has been darn near a $100 value to me with something I am likely yo get $50 or $60 out of at best is a disappointment to me. Surely there are many cardholders who order from Uber Eats regularly and who will thus totally disagree and be happy to take their $10 monthly benefit.

However, the other reason I find this news disappointing is that monthly credits like these make it impossible to take full advantage of the benefit before canceling the card. That is surely somewhat by design. Previously, a cardholder opening an account in December could have used the airline fee credit before the end of December, again the following calendar year, and then another time in January of the subsequent year before canceling the account without paying a second annual fee. With the move toward monthly fee credits, it makes that sort of triple-dip no longer possible since you’ll get at most a $10 benefit in that final January before the second fee is due.

Long-term, this Uber benefit is unlikely to keep the card in my wallet.

The bright side of this announcement is that for 2021, the Gold card will carry both benefits. This means you’ll both be able to use the airline fee credit and the Uber benefit next year. That means that during 2021, the Gold card will carry up to a total of $340 in statement credits ($100 airline fee credit, $10/monthly dining benefit (GrubHub/Cheesecake Factory/etc), and $10/monthly Uber credit. If you can use all of those credits, that’s a great deal in exchange for a $250 annual fee assuming you value the card’s other benefits (i.e. category bonuses) at all.

In my case, even if I only expect to use the GrubHub and Uber credits 3 times each, I should still pull in $160 in credits. With a little effort, I can probably get that closer to $200. At that point, the card will be worth keeping for its 4x categories. I’d previously written that I’d probably cancel it if I weren’t a blogger, but this would probably tip the balance.

Considering the currently-increased welcome offer on the Gold Card (as shown below here), it does make a compelling case for the card in the near-term. Being able to pick up the airline credit this year and both the airline fee credit and Uber credits next year on top of a great welcome offer make this card a compelling value right now (even if my enthusiasm for the card long-term has been tempered). Click the card name below to go to our dedicated card page for more information about the card.

If you’re on the fence about whether to keep or cancel, don’t forget to check to see if Amex will offer you a retention offer. We’ve had several reports of readers who were offered 20,000 Membership Rewards points with no spending requirement to keep the card open. Indeed, my wife’s annual fee is due to post this week (it hasn’t posted yet) and she chatted with Amex just this morning and was offered 20,000 points to keep the card open. I believe that retention reps are available via phone late into the evening, but if you prefer to deal with a chat rep, the retention team is available on chat (when you log into your account) from 9am to 5:30pm from Monday to Friday.

Amex has announced a new $10 monthly Uber credit on the Gold Card that will begin in January 2021. This benefit will replace the airline fee credit benefit on this card in 2022, but the good news for many cardholders is that both credits will overlap in 2021 — meaning that cardholders will have the chance at up to $340 in total credits on this card next year. For someone who has recently opened the card or opens in before the end of this year, it would create the opportunity for a ton of credits in the first year, which could be highly valuable in addition to picking up a great welcome bonus. Even for those like me who aren’t particularly excited about the Uber credit, the card will likely be an easy keeper until 2022. Thanks to these additions 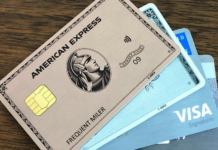