Note: I wrote this post and prepared to publish it. I went back to grab one last screen shot after I finished it and the prices seem to have gotten jacked up. I’m hopeful that there are still some dates to be found, so I’m still publishing this post, but beware that this one may have been dead before it was reported unfortunately. Still makes me hopeful that there are others like it to be found!

A few days ago, we reported an IHG sale on the cash portion of points & cash (See: IHG points & cash promo: 20% off cash portion (buy points for 0.56c, maybe less)). A reader on Twitter has discovered what I think is the lowest price I remember seeing for IHG points since I got into the game: less than four tenths of a cent per point. While that’s not always going to yield a deal, I just bought a chunk of points with this and have already used some to much better value.

A keen-eyed reader on Twitter found this one and shared it with us.

@garyleff @OneMileataTime @LiveandLetsFly @LoyaltyLobby @FrequentMiler @NickatFM #datapoint I just bought IHG points for $0.00384 a piece!! Gotta be a the lowest price ever?? pic.twitter.com/3BIeQxn1qy

As he notes in his screen shots, the Holiday Inn Express Bali Raya Kuta is available for 10,000 IHG points per night.

Of course, booking that would be a terrible deal since it is available to book from about thirty bucks a night via cash.

Therefore, paying 5,000 points and $19.20 would also seem like you’re getting a horrible value from your IHG points if you actually wanted to stay at this property.

As you can see, there is a price of $24 crossed out. That’s because of the 20% discount on Points & Cash reservations. Note that you must be logged in to your IHG account to see the discount. I did not see the discount immediately and realized I wasn’t logged in.

Note also that the cash portion at this hotel varies — on some dates, the “original” price is $25, reduced to $20. On others, it is $24 reduced to $19.20. You’ll obviously want to reserve the cheaper price (which ironically matches with more expensive dates I think).

This could be a very cost-effective way to purchase IHG points. For example, if you currently have 50K IHG points in your account, you could reserve 10 nights and use those 50K points plus buy another 50K points for $192 (a rate of 0.384c per point).

IHG does not hide that you are effectively buying points. In my case, I didn’t realize that there were cheaper dates pricing at $19.20 per night and I booked a 10-night reservation paying 5K and $20 per night. IHG was clear that I would immediately be charged $200 and if I canceled I would receive 50K points. Once I’d made my reservation, IHG correctly showed that I had used 100K points — 50K pre-existing and 50K purchased. Afterwards, I realized that those dates wouldn’t work for me after all.

But luckily, I still had a use for some of the points. My wife is taking a girls’ trip with friends this weekend, and an IHG property just happens to be the closest chain to where they need to be. They’ll be happy to have spent $80 for the points in lieu of the cash rate.

One thing I can’t remember for sure: do I get the 10% rebate on redemption of the points portion of the points & cash reservation? The rebate is a benefit of the old IHG Rewards Club credit card ($49 version). If I do get the 10% rebate on the 50K points I used (not the ones I purchased), that I could effectively get 55K points for $192 with a new reservation — a rate of just 0.349c per point. Again, I’m not positive on that, so it’ll be more of a pleasant surprise than an expectation.

I don’t generally recommend buying points speculatively, but at this rate it may just be worth it. I don’t use IHG points all that often since there is no status level that guarantees free breakfast or lounge access. However, at least once or twice a year there is a situation like the one above where it’s the right place and time. It won’t be hard for me to get much better value out of the points I purchased. Those who also have the newer IHG credit card can get the 4th night free on award stays (which stacks with the 10% back from the old card if you have both). You could really get a pretty decent stay on the cheap in the right situations. 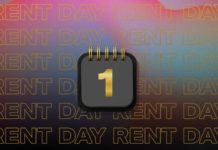 […] a cent each. We’ve also seen many opportunities to buy points for less than half a cent each with the old points-and-cash trick. A 40K certificate is therefore worth, at best, $200 (the cost if you were buying points at half a […]

[…] else for the first year. While IHG points can often be purchased for around half a cent (and sometimes quite a bit less), earning 25x on paid stays and 4x everywhere else will no doubt be awesome for those who can […]

[…] as your perk. Those points are worth a whopping $125. That is being generous on the value since you can buy IHG points for under $0.004 sometimes. Their points offering a lack of value and having no meaningful way to earn them is why I put IHG […]

This one is dead, but there are many good deals. May be not as good, but close Holiday Inn : Colorado Springs Airport

What dates did you find? I am trying all the properties listed here with 20 off and the lowest I’m getting is $28.00 for 5k.

Nothing posted here, or anywhere nearby I can find, comes in at under .5cpp, Perhaps they are watching closely.

IHG is playing some serious games here. They jacked up the cash price in order to advertise it as 20 percent off the jacked up price, but they forgot about cheap hotels. Now, they’ve “fixed” it by giving cheap hotels and absurd points and cash price.

This is a problem because they have a $36 hotel going for 20k IHG points. Without accounting for IHG points earned and credit card cashback, this is 0.18cpp and after accounting for those things it would be closer to 0.16cpp.

If this hotel was 10k IHG points they wouldn’t have to artificially inflate cash & points prices like this.

I found it as low as $22.40 in Mumbai for some dates in August. As Nick said, it just takes some searching of places that offer low rates. And then mess with the dates a bit. I’m in for 15k points!

This was a weird ride. Tried a set of dates (22 days) and the system showed “you buy 100k” and you need for the stay 170k (4th night free due to chase card) > tried to book “error … please call reservations” so I tried again (thinking my cc detail were wrong) with the same result. Tried 2 days less > buying 100k and spending 150 on the stay and all went through
Then I noticed that
A) all bookings went through and
B) the 4th night free that was first shown was neglected
(They deducted I.e. 220 instead of 170 k points)
Didn’t want to call and get this worked out (2 incorrect booking due to system error and one where they showed me an incorrect charge first 150 vs 200k).
So I just cancelled everything and will rebook using 100k points …. once the system is back up and it seems to have crashed as I can’t log in again

i tried lots of dates. think its dead.

I’m thinking your best shot is finding another property, perhaps in another country where rates are very low. I haven’t hunted, but that’s what I’d try.