In yet another piece of bad news for points and miles enthusiasts, reports online are indicating that purchases through the United Mileage Plus X (MPX) shopping app are no longer earning 5x on the Amex Platinum card. This card offers 5x on airfare purchases made with airlines. Purchases through the MPX app have historically coded as airfare purchases for the purposes of coding at 5x with this card, but multiple reports from different sources indicate this is no longer working as of sometime last week. According to a number of data points in this Flyertalk thread, MPX purchases from around February 10th onward are only earning 1x. This datapoint demonstrates that purchases are still coding as “Travel – Airline”, but are no longer earning 5x — indicating that Amex has likely identified and excluded MPX purchases. This was certainly a valuable way to earn miles for those with an Amex Platinum – it’s too bad to see this one go. 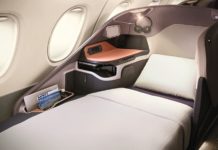 Your Platinum card arrived. Here's what to do next... - Frequent Miler

[…] Unfortunately, the Platinum card no longer earns 5X through the MileagePlus X App.  See: No more 5x at MPX. […]

So basically, it worked, then died for a while, then worked again, and now died again?

[…] Rewards points. The changes seems to have happened probably on February 11th as reported by Frequent Miler and also from data points on this FlyerTalk […]

[…] 1 Membership Rewards points. The changes seems to have happened on February 11th as reported by Frequent Miler and also at this FlyerTalk […]

The MPX loophole was a major reason why I got the Amex Platinum card. I only fly 2-4 times per year, and I prefer Delta Airlines. It may not be worthy of keeping now. At least I didn’t cancel my Amex Premier Rewards Gold card.

I’m not entirely convinced this is dead yet. I remember posting in the FM Facebook group about this and while my MPX purchases didn’t show the 5x icon in the statement summary, the math worked out to show that I was earning 5x in all of my purchases based on the pending points summary for the next month. I think some additional follow-up is needed before we declare this one dead. If it truly is dead, then it was a wonderful ride while it lasted.

rfclub
Reply to  Adam B

oh well, at some point Amex was going to figure it out and close the loophole. Sorry to see it actually happen.

Oh f*** me! I had just found a way to exploit that loophole in a super easy MS scheme to the tune of 150k+ points per month with minimal effort. Go figure that it would shut down right afterward. Oh well. So it always seems to go in this game. Though fingers crossed that the 5x starts up again.

Since it’s dead, please tell how.

Still researching possible ways to keep this method alive for me (its not that I won’t be able to do it anymore as much as it simply wouldn’t be worth my time anymore). If I am unable to salvage in an alternative way, I can discuss a bit more.