Shopping portal Retailmenot is currently offering 20% back on purchases at Samsung.com up to $50 back. That would stack with the current Chase Offer for Samsung purchases that’s good for 20% back also. Stacking both could get you as much as $100 back on $250. If you’ll be spending more than that and/or value Membership Rewards at greater than 2 cents each, you should consider the Rakuten portal for 10% / 10x back. One potential deal with this is to get the cheapest phone available for Samsung Pay in the hopes of gaining access to offers for 20% back at Best Buy, Walmart, etc (up to $100 per transaction). There’s no guarantee you’ll get those offers, but it might be worth taking a shot at it. 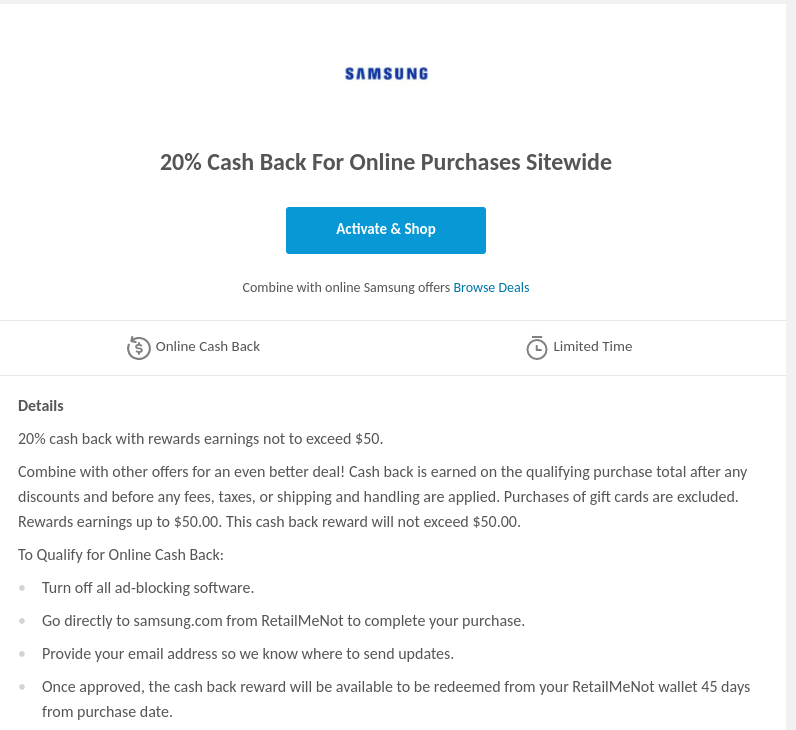 The deal here is really if you’re spending around $250 or less and it’s murky depending on your valuation of Membership Rewards points since Rakuten is offering 10% / 10x at Samsung with no cap versus the deal through Retailmenot, which caps rewards at $50.

Still, with the right item Retailmenot can make more sense. For instance, let’s say you were looking for this Windows Mixed-Reality headset:

As you can see, it’s on sale for $249.99 at Samsung right now. It looks like it is $229.99 through B&H at the moment. However, if you stack 20% back via Retailmenot with 20% back via Chase Offer, your net cost would be $150 (plus tax on $250 of course). That’s a decent chunk of savings over the next available price. I have not tracked Mixed-Reality headset prices, but that seems pretty good to me (though I know nothing about this headset or mixed-reality gaming beyond the fact that I got a different mixed-reality set with a laptop a couple of years ago and thought it was pretty cool).

Perhaps even more interesting for those readers interested in Samsung Pay, Samsung.com is offering the Samsung Pay-equipped unlocked Galaxy A50 from $224.99 (our affiliate link, though you’ll want to shop through Retailmenot instead if you’d like to stack offers).

After stacking Retailmenot and Chase Offers, that’s a net cost of $134.99, but there’s a catch: You will need to trade in any working smartphone. Yeah, that last part got me, too, initially. The price shown is assuming a trade-in. Still, that might not be a bad deal. The trade-in terms state that any working iOS or Android phone that powers on and has no cracks in the screen or camera gets you the $50 off that they are assuming for the above pricing. I have a really old Samsung Galaxy S2 on my shelf collecting dust that sounds like it would net me $50 off for the $224.99 price shown above (which drops to $134.99 after cash back). The advantage here of course is that if you get the A50, you can then set it up with Samsung Pay. I do not know for sure whether or not that will unlock the recent Samsung Pay offers (like 20% back on many items at Best Buy, Walmart, Home Depot, Kohl’s, and more retailers up to $100 per transaction), but at a net $135, it might be worth taking a swing at it. It seems like those offers may be targeted, so I really have no idea whether buying a new phone will activate them. Note that you could surely find a used A50 or Galaxy S6 on eBay for even less, but if you’d prefer to use a new phone to set up Samsung Pay and you’ll get targeted for and use the 20% back multiple times, this deal could pay for itself. It’s not a cheap gamble, but for resellers the price may be cheap enough to warrant taking a shot at it anyway.

Samsung sells lots of other stuff, so there are some other potential deals depending on what products you’re shopping for.

Note that while I’ve written a bit about Retailmenot and other portals that aren’t listed on Cashbackmonitor, I have not been using it for shopping and thus can’t comment as to the reliability of payouts, though I imagine it to be as good as any other portal if you follow best practices for portal shopping. 10% back at Office Depot / Office Max with Chase Offer [targeted] 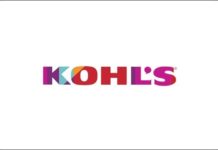 I bought a Galaxy S7 Active for $30 off eBay. It doesn’t get much cheaper for Samsung Pay.