EDIT: This Quick Deal appears to be expired for the US properties originally listed, although there are still properties in India that can be booked at the lower Cash & Points rates.

Last night, Extreme Hotel Deals reported a great deal at some Hyatt properties, with Points + Cash rates displaying with reduced prices on the cash portion. I assumed this was likely an IT glitch and would be fixed (my past experience booking Points + Cash anomalies has mostly resulted in cancellations/adjustments). However, this is still alive about 24 hours after they posted it, so I think these reservations are likely to be honored. You’ll find some properties as cheap as 2,500 points + $18, as seen at the Hyatt Place Cleveland/Westlake below: 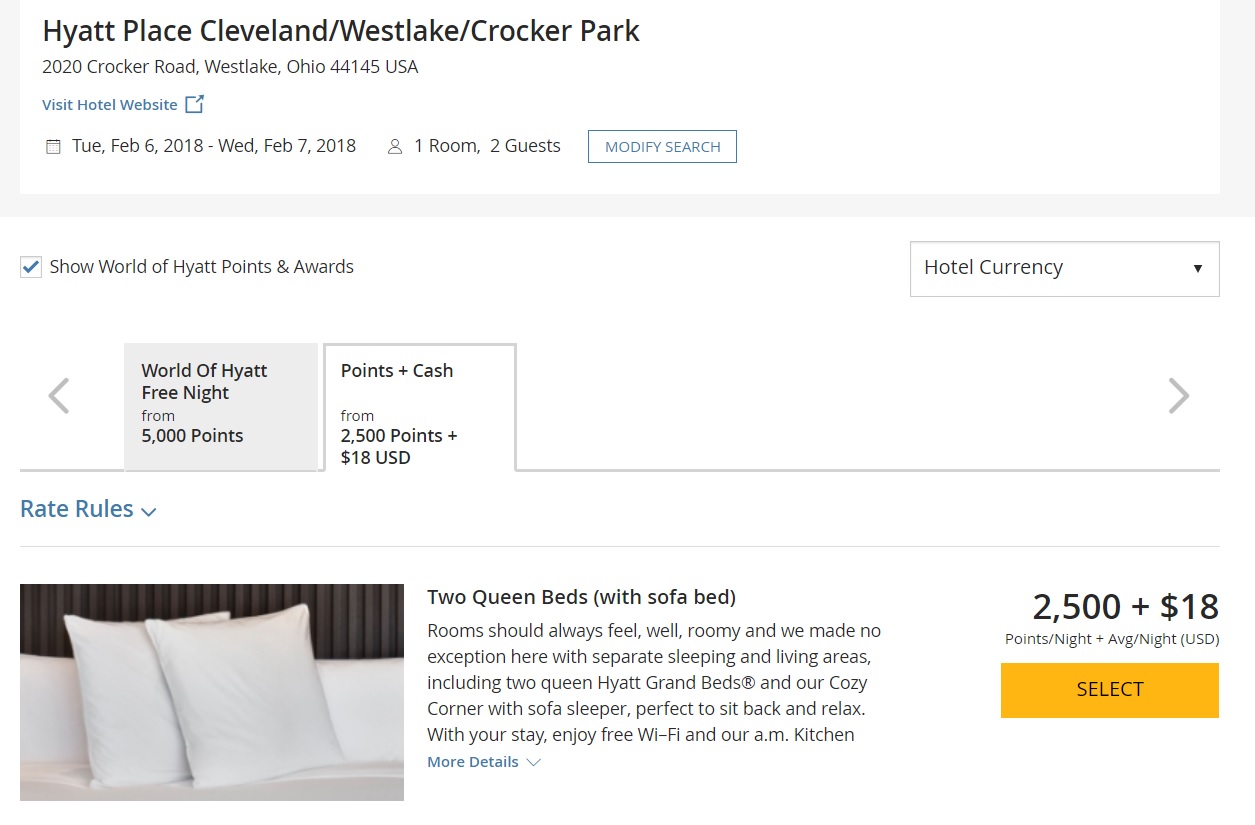 These reduced prices are not available at all Hyatt locations. For example, the Hyatt House Poughkeepsie/Fishkill, another Category 1 Hyatt, is displaying at the full 2,500 + $50 price: It’s not only Category 1 Hyatts pricing out at these reduced rates. For example, the Hyatt Union Square in New York City would normally cost 12,500 points + $175. However, it’s ringing in at 12,500 points and $100 as far out as December. 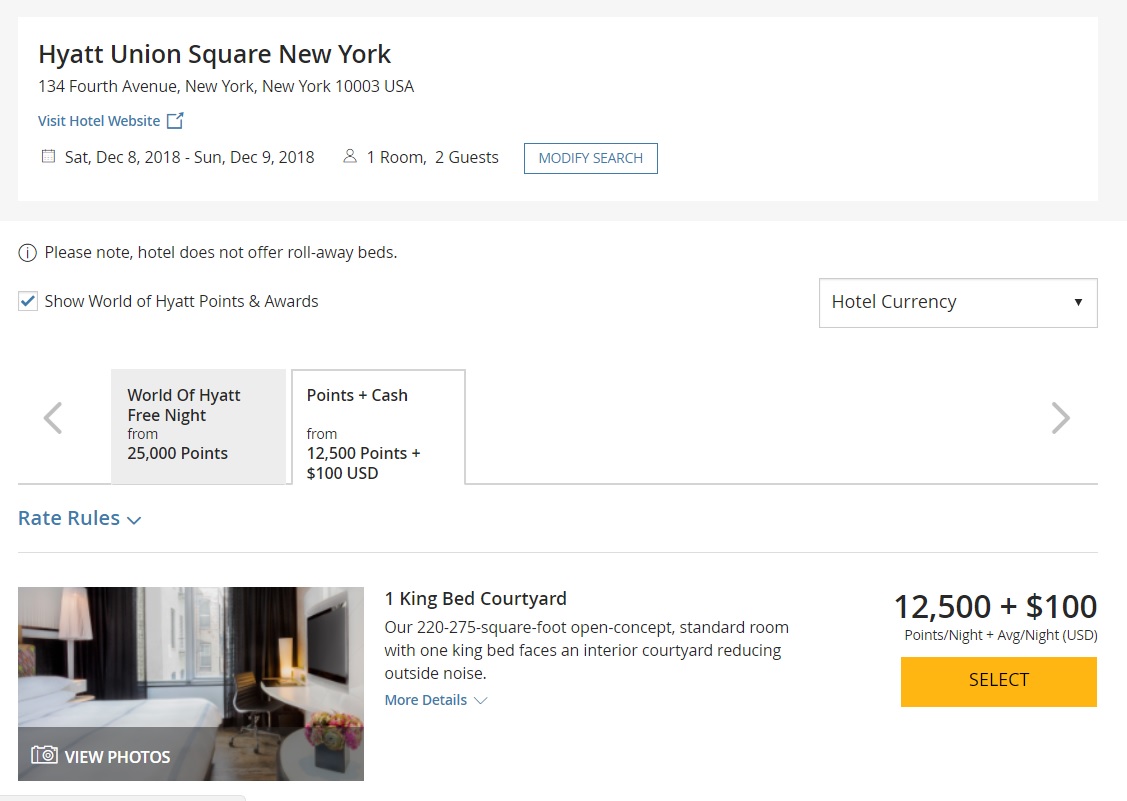 Extreme Hotel Deals even reports that the Park Hyatt Chicago was pricing out at the same 12,500 + $100 rate, though I couldn’t find availability at Points + Cash rates. If I could have, I would have booked it. I stayed at the Park Hyatt Chicago this past fall. While I had to push back a bit to receive the suite upgrade that should have been automatic based on availability with Globalist status, I did ultimately receive a very spacious suite.

This reduced cash component on the Points & Cash rates isn’t a universal discount, and it may not be a great deal in all instances. However, it definitely does work out very well in some cases — and could make it even cheaper to re-qualify for status if you know you’ll be a handful of nights short. I’ve seen these rates available as far out as December, but YMMV by property. See the Extreme Hotel Deals post for more example hotels and let us know about any more that you find in the comments. […] Charleston SC, we stayed at the Hyatt Place Charleston Airport/Convention Center (review here). Hyatt was offering a lower cash element at some properties at the start of the year and this was one of them. We took advantage of that by […]

Ruby @ A Journey We Love

Booked in Charleston for our trip in November. Thanks!

Thanks for the tip to cover my aces for requalification. Booked Cleveland, 2 reservations for 10 nights in Dec, 25,000 points, $200.

The NYC Hyatts are showing some great cash rates also especially if you try the AAA rate. $100 less than their average rates.

I did the Park Hyatt Zanzibar, three reservations over 12 days. For flexibility.

Thanks for mentioning this. While I had seen it in the Extreme Hotel Deals summary, I hadn’t actually taken a look at it. Looks like a good deal to me. Booked a speculative trip near the end of the schedule. If you go, let me know what you think!