Iberia is offering a sale on award tickets, offering 25% off Business Class or Economy Class on select routes, including Boston or Chicago to Europe — which would cost just 25,500 miles in business class during off-peak dates. As you can now transfer directly from Ultimate Rewards to Iberia (or from Membership Rewards), this looks like a very appealing sale. Many other routes to different parts of the world are available as well.

As a reminder, Iberia has a distance-based award chart similar to British Airways Avios. In fact, if you jump through some hoops, you can transfer Avios between the two programs. However, most readers probably won’t have to jump through those hoops as Iberia is a direct transfer partner of both Chase Ultimate Rewards and American Express Membership Rewards.

As far as I can tell, there is not an official promotion splash page for this promo. Mark Ostermann at Miles to Memories links to a page found by clicking here, but I’m only seeing an advertisement for 25% off regional fares. However, Stefan at Rapid Travel Chai has screen shots showing the reduced pricing, including from Chicago to Madrid for 25,500 Avios + 83.70 Euros or from Madrid to Shanghai for 44,650 Avios + $114.23.

Here are the Iberia Avios award charts for off-peak and peak season and then information on which cities are found in each band: 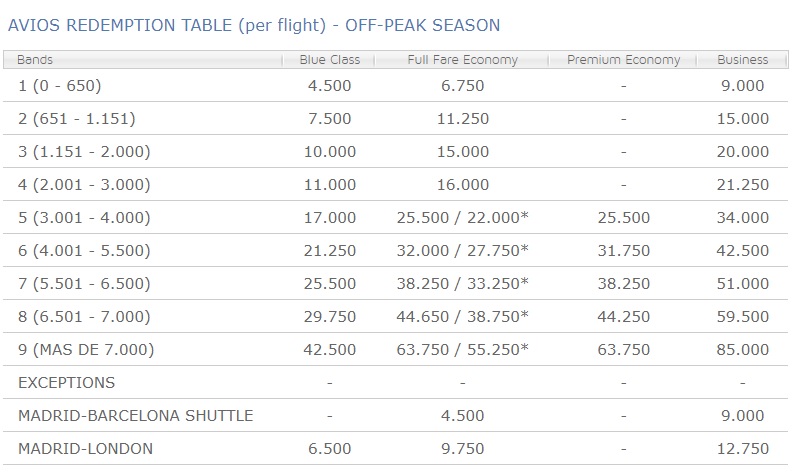 Note that Iberia’s math is flexible. It’s a distance-based chart, but you’ll notice that Chicago is located in band 5 despite actually being a longer distance from Madrid – which is what makes it available at just 25.5K during off-peak dates with this sale. See the Rapid Travel Chai post for a full list of peak and off-peak dates. It’s not entirely clear which routes are on sale, but if you have Avios in your account and/or can confirm award availability via the British Airways search tool, you might be able to score a nice deal during off-peak dates. 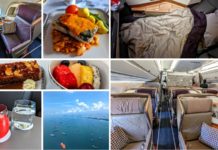 I can see decent availability but it won’t let me see much about the flights until I have the points in my account. Which is pretty nerve racking.

Probably better to call then

Call them???
How ???
What number???
Where??
Tried over many years, USA EU etc
They never answer the phone
Never. Good luck.

Good luck to everyone. I booked a OW from MAD-ORD last night, but only after spending about 2.5 hours on it. An hour of that was trying to navigate multiple glitches with the Iberia webiste (by far the worst travel site I’ve ever encountered). Another hour was spent waiting on hold for a phone agent. The final 30 minutes was working with the agent to finally get my itinerary booked. Quite the ordeal, but it’ll eventually all be worth it at that price…

OMG this website is the worst thing I’ve ever seen.

I would be all over this. Unfortunately my travel to Europe isn’t until June.