American Express has started adding terms to some credit and charge cards excluding gift card purchases. While those terms aren’t being enforced right now, it doesn’t bode well for the future given how restrictive Amex has become. 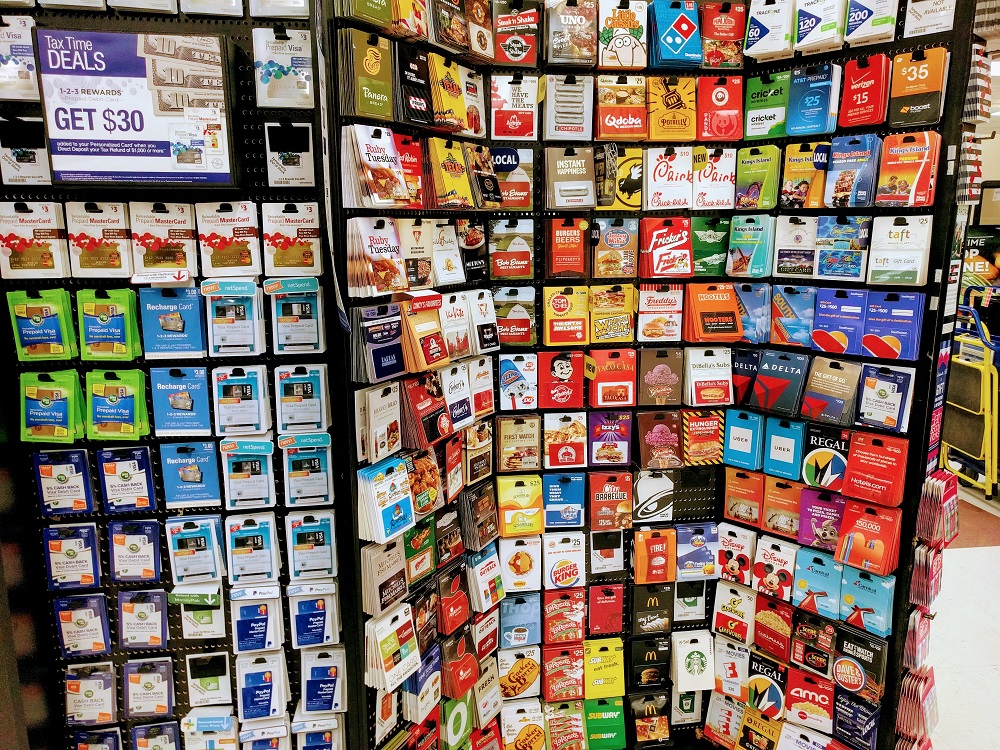 Chuck at DoC highlighted this the other day. For example, the Blue Cash Everyday card has terms not only excluding gift card purchases from being eligible towards minimum spend requirements for a signup bonus, but also for earning Reward Dollars for day-to-day spend:

It should be noted that these terms aren’t necessarily new; as a couple of commenters on the DoC post pointed out, some cards have had this specific term included for a year or more. However, the fact that the exclusion is being actively added to more cards suggests that it’s on Amex’s radar and so they might start looking to enforce the terms more strictly for anyone they deem to be overly gaming the system.

The fact that they specifically mention gift cards in addition to prepaid cards suggests that earnings points/miles/cashback on third party gift card purchases could be at risk too.

What Does This Mean?

Considering Amex hasn’t put out any kind of statement regarding this, we’re left to speculate somewhat as to what this means. Looking at their past actions doesn’t bode well.

We already know that you shouldn’t meet minimum spend requirements on Amex cards by buying gift cards to get your signup bonus as they’ll claw back the bonus, if they even award it in the first place. They’ve stopped paying rewards on Simon Mall gift card purchases even outside of the signup bonus period. They clawed back Amex Offer credits for the Staples Amex Offer last year, resulting in a huge hit for people that took advantage of it with 99 employee cards. There’s even some kind of algorithm at play that decides if they’ll even offer you a signup bonus which appears to be – in some part – based on whether they think you’re going to be a profitable card member.

That shows Amex isn’t kidding around when it comes to stamping out behavior they’re not keen on. I therefore wouldn’t be surprised if we start seeing reports that some gift card purchases – particularly large scale ones – are no longer earning rewards. Grocery and drugstore purchases in multiples of $505.95 could be at risk, as well as large purchases from sites like GiftCards.com, GiftCardMall, MyGiftCardsPlus, etc.

Part of this will depend on what level of data retailers report to Amex. They can sometimes see if you’ve bought Visa gift cards, Mastercard gift cards, etc., so that makes it much easier for them to not offer rewards on that portion of spending. I imagine they’d still give rewards for a $25 Home Depot gift card purchase at Kroger, but maybe not a $900 Home Depot gift card purchase from MyGiftCardsPlus when they’re running a deal like this one.

I also wouldn’t be surprised if their initial focus is on cards that offer bonuses for high spending in addition to their regular rewards. For example, the Hilton Surpass card offers a free night when spending $15,000 and Greg’s written before about how you can manufacture status with Delta through credit card spend.

If you’re meeting that spend through gift card purchases – whether VGCs/MGCs or third party gift card reselling – that avenue might get closed off in the coming months or years.

What Should You Do

This all depends on your risk tolerance and your level of gift card spend. Like I said earlier, Amex doesn’t appear to be enforcing the gift card exclusion on day-to-day purchases other than at Simon Mall right now, so you might be fine. They might also be adding these terms now so that they can target the real heavy hitters in the future rather than people that spend $2,000 a month on gift cards.

If you’re risk averse though and are worried about not earning rewards on your gift card purchases, it might be worth moving that spend to cards that aren’t issued by Amex.