Update: This post includes offers that were valid at the time of publication, but have since expired. Please click here to see the best offers currently available.

Last week, Point Princess tweeted a request for me to update my Fair Trading Prices page.  Done!  It had been over a year since it was last updated and a lot has changed since then.  Fair Trading Prices are per point estimates of how much money a person gives up by using a point or mile earning credit card instead of a no-fee 2% cash back card.  For example, if a person puts all spend on a card that earns one point per dollar, then they are sacrificing 2 cents per dollar by using that card rather than a 2% cash back card.  In other words, one can think of points earned with that card as costing 2 cents per dollar.  Or, if a card earns 2 points per dollar, then each point costs 1 cent.  In my Fair Trading Prices page, I used credit cards that offer the lowest cost per point for many types of points (bank points, airline miles, etc.) in order to calculate and display “Fair Trading Prices”.

With most credit cards, the calculations were a bit more complicated than described above.  For cards with category bonuses, it was necessary to estimate how much spend would be put in these categories in order to estimate the average number of points earned per dollar.  It was also necessary to take into account category spend caps, big-spend bonuses, etc.  Towards that end, I created a Google Docs spreadsheet for estimating these values.  And, the spreadsheet revealed some interesting findings.  More on that further down the page… Fair Trading Prices are not estimates of redemption value.  Instead, they reflect the acquisition cost — the “going rate” for buying points, unwittingly, through credit card spend.  If the chart says that the Fair Trading price for American Airlines miles is 1.73 cents, for example, this does not mean that you will get 1.73 cents of value from your miles when you redeem them.  You may get much more value or you may get much less.  However, if you are thinking about buying miles, acquiring miles via a shopping portal, or even putting spend on a miles earning credit card, the fair trading price is a reasonable number to use to estimate the worth of those miles.

There were several significant changes to the Fair Trading Prices since I last published an update about a year ago.  Here are a few highlights:

The factors listed above have caused some Fair Trading Prices to rise and others to drop.  Here are some changes that stand out: Hotel Fair Trading prices are calculated differently than bank points and airline miles.  I could calculate them the same way (and I used to), but the problem is that earning hotel points from credit card spend, for many chains, is a really bad deal.  With most chains (with a few exceptions), hotel points are usually worth much less than a penny each when redeemed for hotel stays.  So, in most cases, you would actually be better off using a pathetic 1% cash back card than a hotel card if all it offers is 1 point per dollar for spend.  And, of course, a 2% cash back card would be much better.

A couple of significant exceptions to this rule are SPG (Starwood Preferred Guest) and Hilton.  With SPG, points are often actually worth quite a lot towards free nights.  And, points can be transferred at a better than 1 to 1 ratio to airline miles when transferring 20,000 points at a time (20,000 SPG points typically transfer to 25,000 airline miles).  So, the SPG card is a reasonable card to use for earning SPG points.  Hilton points, on the other hand, are usually worth much less than a penny each, but credit card bonus categories make up for that.  The Amex Hilton Honors Surpass card, for example, earns 12X at Hilton properties, 6X for dining, gas, and groceries, and 3X everywhere else.

Fair Trading Prices for SPG and Hilton are computed from credit card earnings with the same methodology as bank and airline miles above.  The rest of the hotel values are computed relative to SPG and Hilton.  The idea is that the usual way to earn other types of hotel points is through hotel stays rather than through credit card spend.  And, therefore, we can calculate the cost of earning hotel points through stays by comparing to the points that would have been earned if one had stayed at SPG or Hilton properties instead.  For example, if a hotel offers 5 times as many points for a stay as with SPG, then the fair trade price for that hotel using the SPG index is the SPG fair trading price divided by 5.  For each hotel chain, two Fair Trading prices are calculated: the SPG Index and the Hilton Index.  The chain’s Fair Trade Price, then, is the average of the two.  For more details about this approach, please see this post.

Note that, in addition to SPG and Hilton, Club Carlson credit cards are a reasonable option for earning hotel points since they offer 5 points per dollar earnings across the board (and 10X at Club Carlson properties).  The reason that the Club Carlson credit card wasn’t used for these calculations is that Club Carlson also offers a fantastic 20 points per dollar for hotel stays (and that’s before adding various bonuses they offer).  As a result, the Club Carlson Fair Trading Price is lower when calculated relative to SPG and Hilton (.28 cents per point) than when calculated from credit card spend (.43 cents per point).  So, I went with the lower number. As a result of updating the spreadsheet used for these calculations, I found that a few credit cards really stood out from the pack with respect to their point-earning potential:

It’s important to note that my spreadsheet results were based on a number of assumptions that probably are not true for you:

Feel free to make a copy of the spreadsheet in order to alter the assumptions to fit your situation. 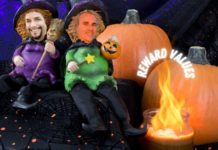 Are points worth what they buy or what they save?

[…] Amex EveryDay cards deflate Fair Trading Prices, Ink Cash outshines Ink Plus, Freedom outshines both… – An update to “Fair trading prices”. These are the prices by which it is relatively easy or common to acquire points and miles. […]

Which one credit card is best for spend? - The Frequent Miler

Great weekend project to fill in my figures………..however I notice a huge omission here and that is where you are putting your 15-20k of MS each month………that has to be a pretty big piece of the puzzle……..you have to max out every category and then the question is where the trivial everyday spend goes? U R sandbagging on us……….

The way I think of it is this:
Fair Trading Prices are estimates of the usual amount people unwittingly pay to buy points/miles. When maximizing category bonuses or MS-ing, you are hopefully buying points & miles much more cheaply than the usual rate.

I think it’s unfair not to think of your readers as unusual. I’ll work on a “hammer” chart and it back for your grading. But it will have 15k MS each month. Can’t wrap my head around plan without MS

So is the idea that if you can redeem for greater than the fair trade price, then it’s a good redemption? Including taxes I can usually get 0.65-0.8 cents of value per Hilton point when I travel to Israel and Jordan. That’s about the only time I redeem them. So looks like I do pretty well relative to the 0.45.

I like how you try to compare apples to apples here. It always confuses me when people put price values on hotel and airline points in the same manner yet their valuation of airline miles is based on redemptions including taxes and fees whereas hotels is price-only.

Your method of grouping and valuing points against each other avoids that discrepancy.

Yes, that’s exactly how I think about it. A redemption is a good deal if the value is significantly above the FTP

Does anyone still have an active Diners Club Elite card? Thought all MSer had all been closed by now.

Great weekend project to fill in my figures………..however I notice a huge omission here and that is where you are putting your 15-20k of MS each month………that has to be a pretty big piece of the puzzle……..you have to max out every category and then the question is where the trivial everyday spend goes? U R sandbagging on us……….

For you? Sure. Done. 1.58. I don’t want to drive airline or hotel FTPs from this, though, unless or until the card becomes readily available again.

I think it comes down to the fact that Hyatt points cannot be transfered to airlines and SPG can. They have a huge pool of airline transfer partners as well as solid redemptions through SPG.

I get 11 points per dollar

what is the fair trade price on that?

Is that from signup bonus spend?
Anyway…
At 11 miles per dollar, you’re “buying” miles for only .18 cents each compared to using a 2% cash back card. That doesn’t take into account the card’s annual fee though.

thanks, i was getting confused …