A couple of months ago Citi announced that they’d be changing the earning structure on the Citi Premier card.

Those changes were originally due to take effect on August 23, with one of the changes being that grocery store purchases would earn 3x ThankYou points. Citi ended up bringing in those changes early, but one aspect that hadn’t been clear is if international grocery purchases would code as 3x. The Amex Gold card is very clear that it only earns 4x Membership Rewards at supermarkets in the US, but Citi hadn’t advised either way as to whether 3x at grocery stores would be US-only or if purchases at overseas supermarkets would also be included.

We now appear to have an answer thanks to HChris. They commented the following on that original post about the Citi Premier changes:

I can now confirm from personal experience that international grocery stores (Germany in my case) are also earning 3x. This is a huge winner for me and the reason why I ditched my Amex Gold as that was restricted to US based only.

While this won’t be of huge significance to many people, if you frequently buy groceries overseas when traveling internationally or actually live overseas, this is a great development as it gives you a rewarding payment option on what could be everyday expenses. An additional benefit is that the Citi Premier card doesn’t charge a foreign transaction fee, so you won’t be losing out on that end. 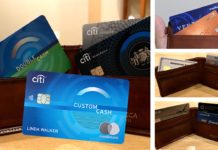 I can confirm this worked in United Arab Emirates (UAE), better known to people as Dubai. Thank you!
Do we know how long Citi will do this? As in, is there an end date? (e.g. Dec 31st, 2020). I am tempted to buy a bunch of grocery gift cards from the grocery store before it ends 🙂

This is a permanent change in the Citi Premier’s earning structure. We can’t be certain that Citi won’t change it to U.S. based grocery stores only, but so far I wouldn’t expect this to change anytime soon.

My friend got the 5X Sapphire Reserve grocery bonus in Mexico.

Good deal if you have family members abroad and want to help them out with food. Instead of sending money over you can make them AUs on the card. Will earn rewards and conversion rates are usually pretty good.

I think AMEX is the only major issuer that does. Never tried with Citi, but Chase definitely does not care.

Thanks for the props, Stephen.

After looking into my Citi TY Rewards, it shows 1x for the purchase and then an additional 2x bonus. I am guessing this will change to a regular 3x once we are past August 22nd. I am not expecting it to change, but I will report back if it stops earning 3x internationally after that date.

It posts that same way for domestic grocery stores right now. Like you, I assume it will change after August 22nd.

This is great news. Thanks!

When I travel overseas I just use US Bank Altitude through Apple Pay where it’s more widely accepted than in USA, accepted nearly everywhere credit cards are accepted. It’s always 3x for all mobile wallets purchases like Apple Pay or Samsung pay and I don’t have to worry or track merchants or bonus categories. 3x for all purchases (worth 4.5% cash back toward travel purchases). This plus a restaurant cards like Amex gold or prestige and I don’t need to carry anything else.

Many people don’t want to open a checking account or any other product with US Bank just to get the Altitude Reserve card.

what’s wrong with opening the US bank checking account? I opened mine when they were offering $200 bonus as they often do. holding their credit card makes the checking account fee free. I took $200 bonus out leaving few bucks there and just forgot about it.
Altitude might be the most overlooked and underappreciated premium travel card in the market. I have had every premium cards out there.. platinum, gold, CSR, CSP, prestige, premier, delta reserve, Ritz carton just to name a few. And we use it at Costco too earning 3x points. better than 3% cashback Citi Costco card if you can redeem the points on travel at 1.5c/p. and US bank consistently gives me $150 – $200 worth of points every year to retain me and I don’t put huge spending there… just costco for my family and few overseas trip and to Canada where contract-less payment is also widely accepted.

It would be great to have an international filter for the Best Category Bonuses page. As an expat, I have to do extra work to find best bonuses for international shopping. I’m never sure I’ve got the best option.

Interesting idea. We don’t currently maintain that data, and just judging from the analytics of our traffic, I’m not sure there would be a lot of demand for it as I think the vast majority of our readers do most of their annual spending in the US. That said, we can take a look at it.

The good news for you is that it’s relatively easy (I think) to kind of self-filter: In general, Amex category bonuses are US-only and Chase and Citi are worldwide. YMMV of course as to the way that any particular store will code, but as an example, Chase restaurant bonus categories and Citi gas station bonus categories have always worked overseas in my experience.

I second the international filter idea. The Best Category Bonuses page you guys maintain is absolutely a standout feature of the site. At the very least, it would be great to filter out or at least note those cards with foreign transaction fees.

I second this too. I am also an expat and daily reader.

Also would appreciate this. I use a vpn that makes me appear to be in the US all the time when on line. A lots expats use vpns and may appear as domestic traffic to site.

Another expat here, an international filter would be great. Have to compile all this info manually by myself here.

It would be useful not just for listing cards with disadvantages when used internationally, but also for finding cards with hitherto unknown advantages, for example the CIP earns 3X on amazon.com.mx.

Also expat daily reader and subscriber here using a US VPN. I second this idea. It would be really great to have a filter option for international purchases and foreign transaction fees.