As a reminder, Club Carlson is dumping the Bonus Award Nights feature of their credit cards as of June 1, 2015.  Shortly after I reported this change, Club Carlson sent emails to cardholders titled “Information regarding your Club Carlson Visa Benefits”.  To help ease the blow, they told many (but not all) cardholders about a one time 30,000 point bonus:

And, to thank you for your continued loyalty, you can earn 30,000 bonus Gold Points® on your next Eligible Stay at a Carlson Rezidor hotel worldwide when you pay with your Club CarlsonSM Visa®. Offer ends August 31, 2015.

The email also contained the following fine print (bolding is mine):

The 30,000 Bonus Points Offer (the “Offer”) is available only to Club CarlsonSM Visa® cardholders. The Offer is valid for 30,000 bonus Gold Points® on an Eligible Stay between April 1, 2015 and August 31, 2015 (“Promotion Period”). One Offer per Club Carlson Visa account holder. You must provide your Club Carlson number at the time of reservation or at check-in and pay for your stay with your Club CarlsonSM Visa®. Stays or nights paid for by redeeming points or by using Points + Cash are not eligible for the Offer.

Some who weren’t offered the 30,000 point bonus complained via Twitter.  And Club Carlson responded that all cardholders were eligible for the offer.  See this conversation, for example: 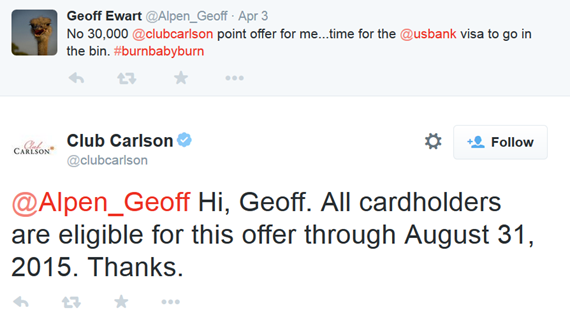 The terms for the 30,000 point offer clearly that state that you must have a paid stay and you must pay for that stay with your Club Carlson credit card.  As a result, many have thought about doing “mattress runs” where they book a cheap hotel night and check-in, just for the bonus points.  I wrote about how to maximize paid stays like these, here:

It generally makes sense to pay for your Club Carlson stays with the Club Carlson credit card.  After all, the card earns 10 points per dollar at Club Carlson properties.  However, there may be times that it would make sense to use a different card.  For example, when staying at a property outside of the US, you might prefer to pay with a card that doesn’t charge foreign transaction fees.  Or, if you use the Prestige card’s 4th night free benefit (like I am doing soon – details here), its probably safer to pay with your Prestige card to ensure getting that 4th night free.  Or, if you book the stay for someone else, its probably better for them to pay with their own credit card.

Some Data points for you FM.

Seems unlike what the promo says, you don’t have to use your Club Carlson Visa to get the 30K bonus.

Booked a 3 night stay at Radisson Blu Chennai City Centre for my parents. Excellent service, by the way; people went above their call of duty to accommodate my ill father. I redeemed points for 2 nights and paid for the third night; it was US$133.38. They wouldn’t accept the card I had used to make the reservation(CSP), without faxing some additional paperwork. So, I asked my mom to use the Marriott Visa she had.

Its not too surprising that Club Carlson isn’t enforcing the requirement to pay with your Club Carlson Visa card.  That type of thing happens often.  However, you would think that it would still be necessary to book a fully paid rate, right?  Maybe not.  DanV reports earning his 30,000 point bonus after an award stay in which he charged breakfast to his room.  He didn’t even pay with his Club Carlson card…

I just got my 30,000 bonus points with a non-paid stay from the Park Plaza Westminster London (great hotel). It was a free stay with points (2 free nights there, then 2 free nights across the street at the Park Plaza County Hall). I booked with the Club Carlson Visa, but my only charge was for breakfast and I paid that with a different card.

This is very interesting.  I don’t know if DanV would have earned the bonus without any charges to his room – it seems unlikely.  So, if you have an award stay planned you might want to charge something to your room during the stay to try to trigger the 30,000 point bonus.

Don’t count on it

It would be great to get the 30,000 point bonus without a paid stay and/or without paying with the Club Carlson Visa, but you shouldn’t count on it.  If points aren’t awarded, you would be very unlikely to get help from Club Carlson since you didn’t meet the terms of the offer.  The ideal situation would be one in which you have an award stay planned anyway.  You could then wait and see if you earn the bonus then, if not, plan a mattress run. 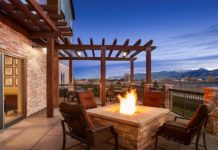 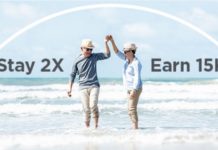 Another Radisson Promo: Earn 15,000 Bonus Points When Staying Twice (Stack With Other Promos)

[…] first experiment is complete and as I suspected, I was pushing the limits on Club Carlson’s 30,000 bonus points promo for my stay at the Plaza on the River hotel in London. If you’ll recall, I attempted to get […]

[…] 7,500 bonus points when they ask, though others have been able to get more. You can check out the comments in Greg’s previous post for info on how to pursue those other […]

It appears that not all charges work to get the 30K bonus. I stayed at a Country Inn and Suites and used the Friends and Family rate and paid with my CC Visa. I didn’t get any points for it and it appears that I won’t get at least the 30K bonus as I had hoped. Should I call to try to get it?

One follow up question if anyone is still looking at this thread:

I don’t think there’s any way to know without trying it.

1. So I filed the CFPB complaint, and they sent me 7,500 points and did not waive the fee. They quoted the part in the T&C that says they can change the program or benefits at any time. I didn’t follow up. Have since followed a 2nd report.

2. I had an award stay last week. Charged a water to the room and paid with Club Carlson card registered to 30k promo. Points posted for water about a week later, but no 30k. 🙁 I tried! One more award stay next week. Will try again! Those darn $3 waters!

My husband’s points finally posted. He did not use the Club Carlson credit card so he did not get the bonus points. But he did get the Triple Point promo

Anyone have an answer for David’s question? I signed up for this card mid-March and am not happy about this benefit loss. I don’t have the a screenshot of the original terms when I applied but I am quite sure they included the bonus night benefit. If you go to the Club Carlson website that language has been removed. Also, I just emailed US Bank to try to get some sort of compensation. Has anyone received the 25k/$75 without filing a formal complaint? Any info would be great!

I received my points but I needed to call in and the agent was able to give all points including app bonus. This was about 7 days after checkout.

How are you printing card member agreement in order to file complaint? Only avenue I could find on U.S. Bank site was option to request a copy be mailed.

It takes about a week to post your points after stay: