Welcome to 2018!  This year, a US airline will introduce Basic Economy awards; a hotel chain will eliminate resort fees; Marriott will free up elite breakfasts at resorts; and the new Marriott / SPG program will be revealed to be very similar to Marriott Rewards today….  Maybe. I think I did pretty well with 3 clearly fulfilled predictions and one near miss.  You can read the full text of last year’s 2017 predictions here.

So, with without further ado, here are my 2018 predictions….

A US airline will introduce Basic Economy awards 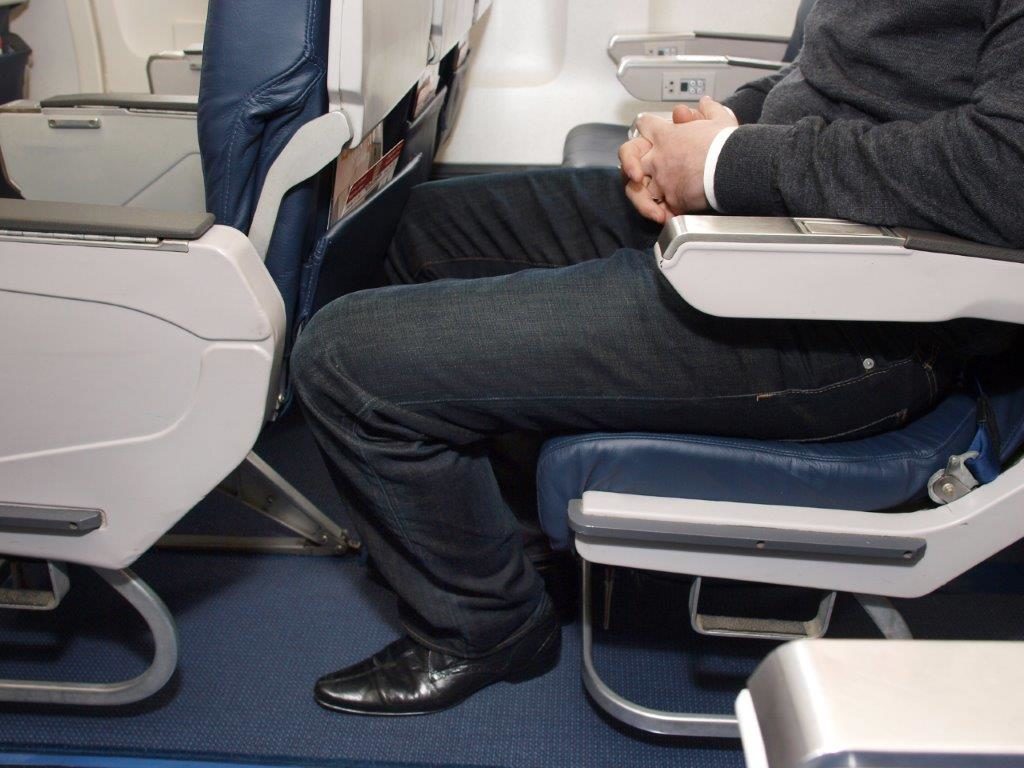 In the past year AA, Delta, and United rolled out a terrible new class of service: Basic Economy.  They took away advanced seat assignments, the ability to upgrade, and the possibility of escape (no more same day changes, refunds, etc.).  And, they made it so that Basic Economy passengers always board last via the Basic Economy Walk of Shame.  AA and United didn’t think that was bad enough so they also banned carry-ons that won’t fit under the seat, and reduced (AA) or eliminated (United) elite qualifying earnings.  This wouldn’t be so bad if Basic Economy tickets were truly cheaper than the old regular economy tickets, but in many cases this new fare class has been used to simply increase the cost of regular economy.

I realize that Basic Economy awards sound bad, but they would not necessarily be all bad.  If an airline tied saver level award pricing and availability to Basic Economy availability, then we would see far more cheap award space than we do today.  The really bad thing would be if the airline also reduced regular economy award space.  Sadly, I think that’s quite likely. 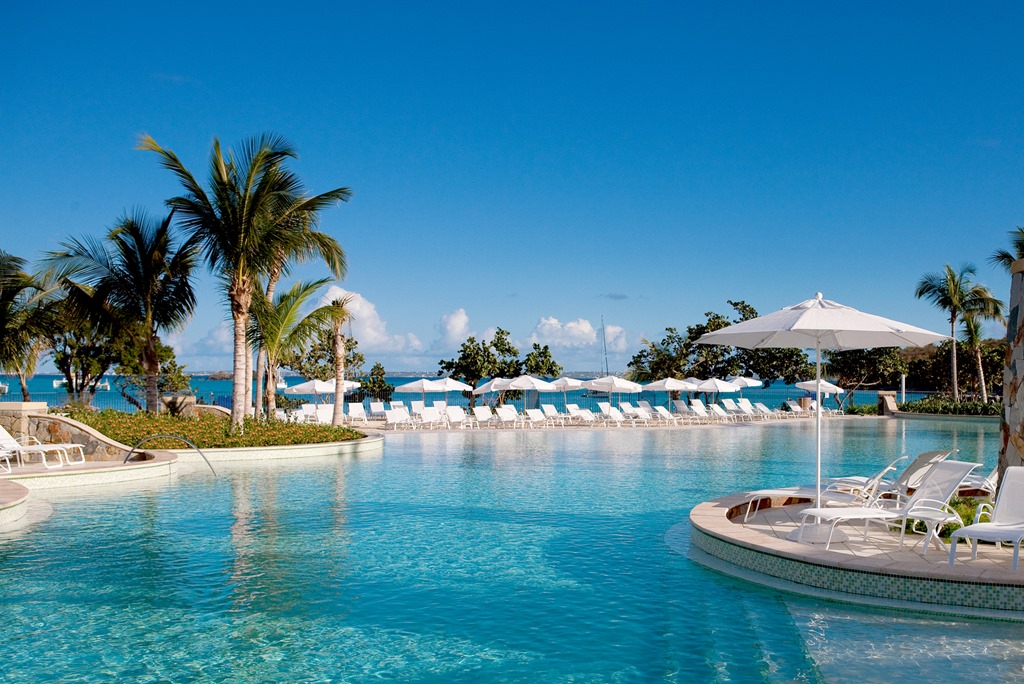 Everyone hates resort fees.  In some cases these $30 or $40 per night fees actually result in useful benefits: valuable perks that you no longer have to pay for one-by-one.  But, I’d bet that in most cases, the fees result in no extra benefits at all.  Guest get the same things included that were included before the introduction of these hated fees.

Paid hotel internet access used to be similarly ubiquitous and hated.  But then, one by one, hotel chains began offering internet for free (sometimes only for loyalty members).  The first to offer free internet saw it as a competitive differentiator.  As others followed suit, free internet became necessary to remain in the game at all.

My prediction (or hope, really) is that resort fees will follow a similar pattern.  The first hotel chain to eliminate resort fees (even if they require loyalty membership) will gain a major competitive advantage.  Blogs and news publications will essentially give that chain free advertising by broadcasting this news.  And, when all else is equal, consumers will choose that hotel chain over others.  Then, eventually, other brands or chains will follow.

Marriott Gold and Platinum elite members get free breakfast at most Marriott properties, but Marriott resorts are excluded.  Since acquiring Starwood, Marriott has made a number of positive changes to their rewards program, but they haven’t yet extended real elite benefits to resorts (or to Ritz Carlton properties, for that matter).  I believe that we’ll see that change in 2018.  Marriott will somehow force their resort properties to fall in line.  I doubt we’ll see the same with Ritz Carlton properties in 2018, but we can hope. Other predictions regarding the new program:

What do you think will happen in 2018 with respect to miles & points?  Comment below. A Look Back At Mine & Other Sites Predictions For 2018 – How Did We Do? - The Online Mentor

A Look Back At Mine & Other Sites Predictions For 2018 – How Did We Do? - Doctor Of Credit

Will the Southwest Companion Pass continue to live? - Tagging Miles

[…] FrequentMiler shared his 2018 Predictions (something I’ve yet to put pen to paper myself on) and one thing that the twittersphere felt was missing was a discussion on the Southwest Companion Pass. See below: […]

Hope the free breakfast at Marriott resorts for Gold happens fast – like by next month when we head to Cabo at JW Marriott!!

I don’t see resort fees going away. I think internet became free because it did become legitimately cheaper to provide free internet (hardware, bandwidth, etc. all came down in price), and internet was something that could be marketed to biz travellers as free and a hurdle you no longer had to deal with or try to expense later.

Resort fees seem to be more just an OTA price-beater. I could see them becoming waived for top-tier elites, but I don’t think marketing benefits is a strong incentive to waive them when consumers are still price-comparing.

The other predictions seem very likely to me, but I’m hoping SPG keeps its transfer partners, too.

Do you expect the spg-delta crossover program to continue with the new combined marriott rewards program?

Seems unlikely to me. Marriott has a partnership with United and I’d guess it’s exclusive.

My 2018 predictions:
– A beloved credit card will change its travel reimbursements to member year from calendar year.
– Two new premium credit cards will offer Global Entry reimbursement and Priority Pass access.
– A major airline will increase prices on international economy awards.
– A major bank will tighten its credit card applications even tighter.
– A major hotel chain will add a new tier in their awards and push up your favorite hotel.
– Amex will not give you a retention offer; and no, they don’t care what you spent.
– Office Max/Depot will offer $5 discounts for purchasing $300 in Visa CGs.
– A regional bank in Kansas will offer $100 for opening a checking account.
– A male blogger will post seventeen times about the Sapphire Preferred. In June.
– Amex’s will employ face-recognition software to plug into stores’ closed circuit camera footage and shut down the account of anyone who they detect looking at the gift card rack.
– Walmart will hard code against whatever it is you’re doing to manufacture your spend.
– A female travel blogger will announce that “the points and miles game is better than ever.”

“– A major hotel chain will add a new tier in their awards and push up your favorite hotel.”

HAhaHAhaHAHAhaha… most rapid proof of prediction?

You left out a biggie – what will happen to Starwood points transfers to airlines?

Thanks, you’re right. I’ll add my prediction for that. Basically I’m betting (but hoping otherwise) that they’ll settle on Marriott’s current transfer partner relationships. That would mean the following compared to current SPG transfers (and assuming the 1 to 3 ratio stands):

I predict that in 2018 WN will make some sort of devaluing change to Rapid Rewards/Companion Pass.

Hope you’re wrong on all counts.