IHG’s recent change to dynamic award pricing opened up a new sweet spot when taking advantage of the 4th night free benefit that comes with a couple of different IHG credit cards.

That 40,000 point restriction used to severely limit where the certificates could be redeemed, but dynamic pricing has opened up all kinds of new possibilities for where you can use them.

IHG’s most prestigious brand is InterContinental. Seeing as many of us are only planning domestic travel for now, I was curious how many of the US-based InterContinental properties could be booked for up to 40,000 points per night at some point through the booking calendar.

The great news is that with the exception of two properties, you can use the 40,000 point certificates at every domestic InterContinental at some point in the next year.

Let’s take the InterContinental Los Angeles Century City pictured above which is located on Avenue Of The Stars. When doing a random search over the course of a three week period in October, every single night is being charged at a 35,000 point per night rate.

Award pricing isn’t always that uniform though as it can vary greatly depending on the property and the dates you’re searching. We’ll use the InterContinental Boston as an example.

If you wanted to visit this summer, pricing is fairly standard at 40,000 points for much of August, with the rate increasing to 42,500 points later in the month, meaning the 40,000 point certificates would be out of reach on those later nights.

For those wanting to visit Boston in the fall, pricing is much more variable and there’s far less availability at the 40,000 point level. Here’s the pricing over the course of a three week period across October and November. Only one night is bookable for 40,000 points – every other night in that three week period costs 42,500-70,000 points per night. High rates can also be found in March 2021, although there’s far less fluctuation in award pricing as every night costs 65,000 points.

The ability to redeem your 40,000 point free night certificates at the InterContinental Boston therefore greatly depends on when you’ll be visiting the city.

How To Find The Lowest IHG Award Prices

IHG’s dynamic pricing can make it hard to know how much it can cost per night when redeeming points / free night certificates. If you were to do a search at the InterContinental Boston for the weekend of October 23-25, you’d see a rate of 70,000 points per night. It would be understandable to assume that was the pricing year-round even though that property can be booked for far fewer points on other dates.

If your travel dates are somewhat flexible though, it’s easier to take advantage of the dynamic award pricing. To do that, select a range of dates in which you’d be able to stay. For this example, we’ll look at a different property – the Intercontinental Mark Hopkins San Francisco.

When doing a search for October 1-29, both standard and deluxe rooms are bookable for an average of 52,321 points per night. On the face of it, that might lead you to believe that you wouldn’t be able to use a 40,000 point anniversary night certificate during those dates, but that’s not the case.

To ascertain which nights cost less than others, click the ‘Select Room’ button. That’ll take you to a screen where you can choose to book with all points or Points + Cash.

To see a breakdown of the nightly rates, click the ‘Rate Details’ link circled below.

That’s where you’ll see a breakdown of points requirements. In this case, there’s a total of nine nights that are priced at the 40,000 point level. Once you’ve identified a night that you want to book with a certificate, log in to your account so that you can redeem the free night. Choosing one of the dates for a 40,000 point night should show it as being bookable with your free night certificate. When You Shouldn’t Use Certificates

Something worth noting is that redeeming a 40,000 point certificate for an Intercontinental can be surprisingly poor value depending on the property. That’s because some properties require fewer than 25,000 points per night, so it might be worth using your 40,000 point certificates elsewhere if you already have a stash of IHG Rewards Club points in your account.

The InterContinental St Paul Riverfront in Minnesota is a great example. That property can be booked for rates as low as 20,000 points per night. In that kind of scenario, most people would be better off redeeming points and saving a 40,000 point certificate for a more expensive (points-wise) property.

That’s particularly the case if you can also take advantage of the 4th night free sweet spot on award stays. Let’s say you want to visit St Paul over Memorial Day weekend in 2021. If you were to book a stay from Thursday to Monday, your nightly rate would range from 20,000 to 30,000 points per night, with the most expensive night being that final one.

17,500 points per night for an InterContinental in the US is incredible value, especially seeing as enhanced room types can be booked with points. (Note that the 25,000 point per night rate below is because the 4th night free isn’t displayed at this stage of the search results.) When You Should Use Certificates

The previous example would be poor value for your certificate, but other InterContinental redemptions can be excellent value.

When choosing a random date in October for the InterContinental Los Angeles Century City, there’s award availability for only 35,000 points per night while the paid rate is more than $400. That’s based on an Advance Purchase rate. If you’d normally want to book something with the flexibility to cancel with no penalty, you’d be looking at paying almost $520 with taxes included. Getting that in return for a $49 or $89 annual fee on an IHG credit card is awesome value – much better than you were able to get before dynamic award pricing came into play.

In case you want to see if there’s an InterContinental hotel where you want to visit, here’s a list of all their 25 properties in the US:

I mentioned at the start of the post that every one of these InterContinental properties can be booked for 40,000 points per night or fewer and are therefore eligible for 40,000 point certificate redemptions at some point in the next year, but that there were two exceptions. 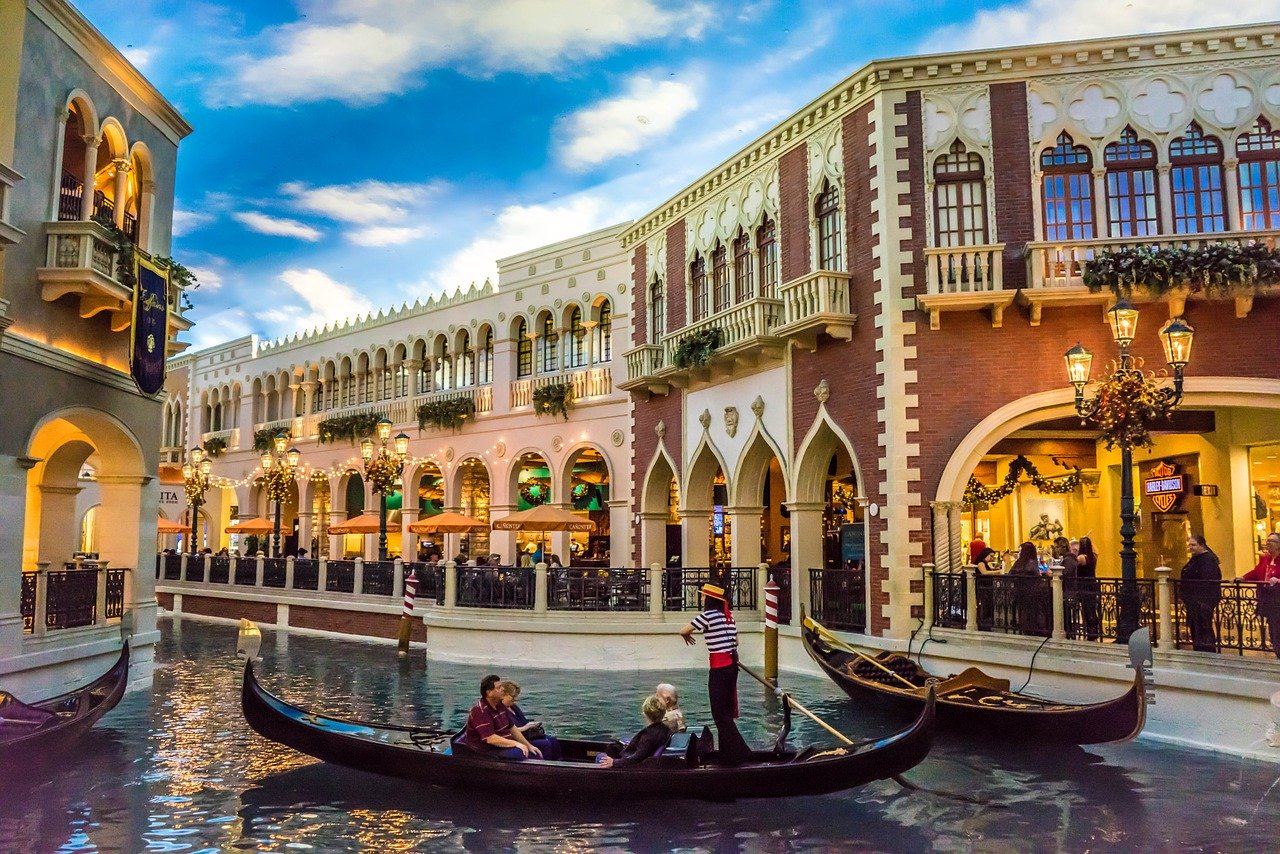 Every single award night that I found over the course of the next year priced out at 70,000 points per night with no exceptions.

Other than two properties in Las Vegas, you can now redeem your 40,000 point free night certificates at every InterContinental Hotels property in the US at some point over the course of the next year, potentially making it a great redemption option for certificates from IHG credit cards. […] which recently became more plentiful thanks to IHG’s change to dynamic pricing. For example, virtually every InterContinental property in the US is now bookable at some point in the next year using these certificates as on many dates their […]

I was able to book the Intercontinental Washington, DC – The Wharf with my free-night certificate. Award rate was 35,000 points.

Tried to book The Clement Monterey and got “An error has occurred. Please contact your nearest reservation office and a representative will be able to assist you.” when I clicked on book reservation button.

I tried to book that Intercontinental at LA and it won’t let me use my certificate at 40k room price. If I log in and go to “redeem free night” and then search with (automatically applied) discount “Chase free night”, then the hotel miraculously disappears from the list of hotels, even though it does have standard rooms at 40k.

Same for me here. Went to book the LA Downtown, saw points options for rooms were available for 37,500 points. However, when attempting to book as Chase Free Night, it was unavailable. This was for a late June 2020 booking.

Any update on the challenges people were having on using their certificates online? I tried a couple of days ago and it still errored out. I guess I should try calling at this point.

I’m not too sure I’m afraid. I was able to view availability with my certificate, but I didn’t actually redeem it and so I’m not sure if it would’ve errored out for me too.

Just a Note
Reply to  Matt

I just used a certificate with an online booking a few minutes ago (though it wasn’t for an InterContinental property).

This appears to be the case in Europe and Asia too. Might be time to make some speculative reservations, even with no plans to travel!

I went to Las Vegas last week and I was hoping to use some of my free night IHG certificates which didn’t work. 70,000 points a night at the Venetian and Palazzo while the rooms could be booked for $119/night with cash. I ended up staying at the Cosmopolitan.

Problem is that IHG appear to have changed this yesterday, so now the discounts that were available are no longer there. e.g., appears hotels have forced minimum pricing again – i.e., can no longer get Kimpton that did retail for 55,000 for less than 55,000 points. Last week, that same Kimpton for the same dates was dynamically pricing at 30,000 points

Stephen rechecked late last night after that news broke and found that 40K and under was still available. In fact, he found some rates had gone down after his initial searches.