Update: One simple request later and I was told to pound sand.  Worse: I discovered today that the one thing they did for me (apply a travel certificate), wasn’t actually done correctly.  See the update at the bottom of this post.

With just about any loyalty program, there are many things that can’t be done online.  Usually, they tell you to call.  But what if you don’t want to call?  With Hyatt, I’ve long had great luck sending direct messages on Twitter to @HyattConcierge.  Hyatt’s Concierge team on Twitter has been able to handle everything I’ve ever thrown their way.

In the past, the opposite has been true for Marriott.  When messaging @Marriott in 2018, I asked them to book an award night for me because the Marriott website wasn’t working (the phone lines at the time were swamped too). One day and 8 hours later, they told me to pound sand: Recently, I had a more complicated request.  I wanted a travel certificate attached to an award reservation.  I didn’t think it would work, but I gave @Marriott on Twitter a try again: As you can see above, they’re still not fast (the whole process took nearly 24 hours), but they got the job done!

Consider this a Public Service Announcement.  If you need something done with Marriott Bonvoy and you can’t do it yourself online, it’s worth giving their Twitter team a try… as long as you’re not in a hurry.

If you’ve tried direct messaging @Marriott on Twitter recently, please let us know if it worked out.  Comment below.

Update: Not so fast

For the same reservation that Marriott’s Twitter team previously helped me with (they applied my stay certificate to it), I asked if they could help me shift the entire reservation by one day.  Sadly, they said “no way Jose”:

The good news is that this reply came within 2 minutes of my request.  So, at least I didn’t have to wait long to be told to pound sand.

It gets worse: I discovered after re-posting this that the one thing they did for me (apply a travel certificate) wasn’t done correctly at all.  Now I’m on the phone trying to get this fixed.  Sigh… 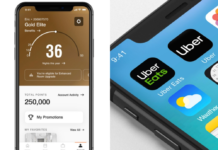