Not long ago I did a little e-victory dance when my wife signed up for a 100,000 point offer for the American Express Platinum card.  Hours after she applied, the application link was taken down.  That offer was never meant to be available to the general public.  Amex responded in an unusual way: they froze the Membership Rewards accounts of many who applied while they investigated those accounts.  My understanding is that while many people have since had their accounts restored, some are still dealing with the situation. But, the frozen account fiasco had nothing to do with my own mistake…

When I first became aware of the 100K offer, I didn’t think my wife or I could apply.  My memory told me that we had both had this card in the past.  And, like most Amex signup offers, this one was not available to those who have had the card before.

An offer for 100,000 valuable transferable points which requires only $3K spend doesn’t come along often.   I finally decided to double check my memory.  I keep a Google Apps spreadsheet with, among other things, a complete list of cards that my wife and I have signed up for since I first learned about this hobby in 2011.  There, as expected, I found that I had indeed signed up for the Platinum card in the past.  But, my clear memory of my wife signing up for a similar 100K offer a few years ago appeared to be flawed.  The spreadsheet asserted that she had signed up for the Business Platinum card.

And so, while my wife has had several versions of Platinum cards in the past, my trusty spreadsheet told me that she never had the regular old Amex Platinum card.  With that discovery, my wife applied for the card and was approved instantly.  In order to take maximal advantage of that hard credit inquiry, she also applied and was approved for a 25K offer for the Amex Green card.  As expected, only a single inquiry appeared on her credit report.

Waiting for points that never arrived

We quickly met the spend requirements for both cards and then waited for the signup bonuses.  The Green card’s 25K bonus appeared immediately after the first statement close.  The 100K bonus hadn’t yet arrived. I wasn’t concerned.  Amex frequently waits an extra statement cycle before awarding points.  That seemed a likely explanation.  I was also aware of the issue of Amex temporarily freezing Membership Rewards accounts for those who signed up for this offer.  I thought that was another possible explanation for the delay.  So, I waited.

After the second statement closed without additional points appearing, it was time to check up on the status of our expected 100,000 points.  My wife logged into her Amex account and clicked to chat with a representative.  The rep asked her to wait while investigating the reason for the missing bonus.  It didn’t take long.  The reason the bonus wasn’t awarded was that my wife had the card before.  The rep verified that the card my wife had a few years ago – the one that my spreadsheet told me was a business card, but my memory told me was a consumer card – was in fact a regular consumer Platinum card, not a business Platinum card.  In fact, the rep asserted that my wife has never had a Platinum Business card.  Oops!  It turned out that my memory was right, but my spreadsheet was wrong.

Aftermath and next steps

My wife can now cancel the Platinum card and recover a prorated amount of the $450 annual fee that she already paid.  But, we have not yet earned the $200 airline fee credit for this calendar year.  It would be a shame to cancel before doing so.  We verified that we had until the next statement close to cancel for the same refund.  If we hurry, we can earn the $200 rebate and then cancel in order to be made more than whole.

Another option is to keep the card for a full year.  This way we can earn the $200 airline fee credit twice before canceling the card.  This would mean that we would end up only $50 poorer overall, but we would be able to enjoy the card’s perks for another 10 months.  I’m heavily leaning towards that option.  I don’t currently have a Platinum card (I recently cancelled my Business Platinum card).  And when my wife and I find ourselves in an airport with a Centurion Lounge (which we will), I’d like the ability to stop in.

Another small argument in favor of keeping the card for the year is the possibility of being offered 10,000 Membership Rewards points for enrolling in Amex’s Pay over Time option.  With Amex charge cards, I usually get an email offering this deal after about 10 months of card ownership.  Signing up is always a super easy way to rack up some more points.

Finding your own personal 100K offer

If you’ve never had the personal Amex Platinum card, there’s a chance that you can find a 100K offer by using the CardMatch Tool (note: this is an affiliate link).  My understanding is that offers for the Platinum card through the tool have recently been spotted at 40K (which is standard), 60K, and 100K.  But, there is no guarantee that those offers are still available. 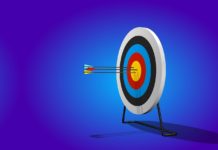 Did you survive the Amex 100K clawback? - Frequent Miler

[…] my records are accurate (which I have some reason to doubt, unfortunately), my wife has never had the Business Platinum card before.  Since Amex often sends out targeted […]

I recently was approved for the American Express Platinum Card for 100,000 points through your link. After my $3000 in spend, the miles posted to my account. Today when I tried to transfer points to Hawaiian Airlines , I got an error message. I called Customer Service and they said they are reviewing every account that received the miles through that link. No word on when it will be resolved.
Anyone else have any input on this?

I’m still frozen too (have been since 5/20!) I’ve given up and booked my award travel with different points. There are various accounts on different blogs, but this one is somewhat of a success story: http://uponarriving.com/2016/07/29/got-amex-unfreeze-membership-rewards/

Greg, are the various incarnations of the personal Platinum card considered the same product? I.e., if I close my current normal issue Plat card but in the near future open the Morgan Stanley co-branded Platinum card, am I eligible for that card’s 50k MR bonus, while already having earned a bonus with my current card? Same question for the Mercedes version.

Thanks for all the insights!

They’re all different. You can get the bonus for each one.

@Buffalogal I think the Delano @ Vegas comment is referring to the AMEX FHR rate where Delano is often listed for ~$150 rate with $100 credit.

@Seth, one DP on the targeted Business Gold offer, I had the card a few years ago for 75k sign up, closed it and recently was offered by AMEX online again for 75k, signed up and got the bonus again.

PhatMiles:
Would mind explaining about Delano @ Vegas? We have an upcoming overnight in vegas, so just curious.

I didn’t get my MR account frozen – I got a financial review. Great.

What happened has already happened. Since you already have the card, I prefer to keep it for 10-12 months so that you end up “paying” $50 for a full year of benefits.
Some of the benefits, I think are achievable like Delano @ Vegas, Centurion Lounges when transiting, one for global entry credit for a family member etc. If you can manage to “cash out” the global entry credit for someone you pretty much come out even. My 2c.

*slowly justifies wasting it, decides it’s okay because free tapas the next time at DFW*

My wife’s MR’s are still frozen! This is complete BS from Amex.

Mine have been frozen since 5/31 – total crap. I tried to transfer to partner and I tried to redeem for a gift card and neither worked. I was able to apply points to a cheap flight if anyone needs that and is frozen.

So this probably answers my question: Is there nowhere you can check to see if you’ve had a particular card?

Online chat is the best option that I know of

IS the “can’t have the same card twice” thing retroactive all the way back to the 90’s? I had the AMEX plat card in like 1998 but closed it before 2000 for sure. Any idea?

The figure I’ve heard thrown around is about 7 years, but the way to check is call Amex, tell them you’re looking at a certain card but need them to check if you’ve gotten it before. If it fell out of their system they’ll say no and you should be good for the bonus.

Can’t you buy ebay gift card from the MPX app to use the $200 credit. That would be an easy way t get the credit.

Much better for me is to leverage my Delta status. I book an award with high fees, wait for the travel credit, then cancel the award and get back the miles and money.

On the subject of Amex’s once per lifetime rule…..

I’ve heard it suggested that the rule might not apply to the Preferred Rewards Gold card….since it’s not explicitly listed in the terms for that card.

My wife keeps getting targeted for this card – both via mail and when she logs in to Amex.com – but had the card in 2014.

Do you have any insights on whether it’s possible to get the card/bonus a 2nd time?

The once per lifetime terms show up for me on the PRG, do you see a link without those terms?

I haven’t heard that about the PRG card. With most (if not all) personal Amex cards, I believe they do enforce the rules UNLESS the offer terms do not state: “Welcome bonus offer not available to applicants who have or have had this product”. Sometimes by-mail offers are missing that clause and so you should be able to get the bonus.

Thanks Greg and William.

So hopefully we’ll get the bonus.