Bad news for those of you who have been taking advantage of the PointCard debit card’s 5x spending offers at some popular retailers – those particular Access deals have now come to an end. Those spending offers had been around for at least 9 months and were great if you could make use of them because they gave a reliable way to earn 5x (i.e. 5% cashback) at popular retailers including Best Buy, Amazon, Costco, Whole Foods and Trader Joe’s.

Getting $1,000-$3,000 (depending on the retailer and length of the offer period) of 5x spend per quarter made the PointCard better than other 5% cards like the Chase Freedom and Discover It cards in some ways. For starters, the PointCard’s spending limit could be higher than the $1,500 quarterly limit on those other 5% cards. Second, these offers weren’t rotating on the PointCard – they were always there. Third, cards like the Chase Freedom and Discover It usually only have a couple of eligible retailers and/or categories per quarter, whereas each offer period you could earn 5x at Best Buy, Costco, Amazon, Whole Foods and Trader Joe’s, each with their own spending limits rather than one cumulative $1,500 limit for all those retailers.

However, one drawback the PointCard has is that it now comes with a $99 annual fee versus a zero annual fee on the Discover It, Chase Freedom, etc. cards. If you consistently took advantage of the PointCard’s spending Streaks (which are now few and far between compared to the monthly Streaks they offered last year), 5x spending categories, etc., that had the potential to make the $99 annual fee worthwhile. Without the consistent ability to earn 5x at Best Buy, Amazon, etc., though, the card’s value proposition has taken a huge hit.

If you’re able to refer friends and family members to the card, the referral bonus you receive would make it worth keeping open seeing as just one referral tends to earn you enough to offset that annual fee. If you don’t make any referrals though, it could be harder to justify keeping the PointCard open if you previously took advantage of these 5x spending offers each offer period.

However, with a $99 annual fee, you’d need to spend $3,300 per year at 5x in order to just break even on the card’s fee when taking into account the opportunity cost of not putting that spend on a card earning 2% cashback. That doesn’t even take into account the fact that there are often cards offering the same or better return in many of these spending categories.

For example, there are the cards I’ve already mentioned (Discover It, Chase Freedom & Freedom Flex, etc.) that have 5% rotating spending categories for many of the same retailers, albeit at different times of the year. Cobranded Chase cards often have targeted 5x spending offers. There are Amazon cards offering 5% cashback. Several credit cards offer bonused spend at grocery stores like the Amex Gold card which gives 4x Membership Rewards, something that might be preferable when shopping at Whole Foods and Trader Joe’s rather than earning 5% cashback. For many people, putting that spend on a card where they’re working on its minimum spend requirement would make more sense. For Best Buy, you could be better off buying Best Buy gift cards from the grocery store to earn points with that store’s rewards program, along with the opportunity to earn bonused spend on a card offering more at grocery stores.

All that to say that earning 5x on the PointCard for those retailers hadn’t necessarily been as compelling a prospect as it could have been depending on your individual situation, although for anyone willing and/or able to max it out it was a great opportunity. PointCard removed my ability to refer people from my account a few months ago, so I recently decided to close my account. It simply wasn’t worth my mental energy to make sure I spent thousands of bucks on the card each year just to break even on its annual fee. I closed the card a little earlier than I needed to as my annual fee wouldn’t have come due for another 2-3 months, but seeing as the annual fee on the PointCard is relatively new, there aren’t any data points as to whether or not they’d waive the fee if you closed your account within x number of days after the fee hit.

To be fair to PointCard, they do still offer some potentially good spending offers. Every so often they offer 10x at select retailers and restaurants like Starbucks and Dunkin’, but only for a day or a week at a time rather than on an ongoing basis. They’re currently offering 20x for Spotify and Pandora, but only for the next few weeks and so there’s a limit as to how much value can be extracted from that kind of offer. The card might still be worth keeping around if you can take advantage of those temporary offers, but if the loss of these 5x offers for Best Buy, Amazon, Costco, Whole Foods and Trader Joe’s turns out to be permanent, that’s a huge hit to the card’s ongoing value proposition, especially if your first annual fee is due to hit in the next few months. 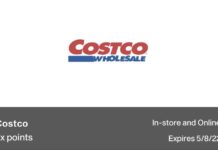 Having the us bank altitude reserve with effective 4.5% cash back…..ZERO mental challenge. I doubt I’ll keep the point card. It would be “Point”-less

Signed up last week and they no longer offer annual membership. It’s only the $9.99 monthly option for new members as confirmed by them on Twitter.

Venture capital money is drying up. Unless they waive the annual fee when all of us call to cancel at the anniversary, their investors will abandon them completely because declining user numbers for an early stage company are deadly.

That makes the decision to cancel pretty easy. We spend a lot at Costco so between the 5% and various promos I was going to keep it when I hit my anniversary in June. Definitely won’t now.