SeatSpy is an awesome tool for finding nonstop award space on select airlines.  At the time of this writing, SeatSpy offers the ability to search for awards on the following airlines:

Select an airline and route and SeatSpy will within seconds show you award availability for a full year.  And if you don’t find what you need, you can easily setup alerts.

SeatSpy is free for basic British Airways award searches, but you'll have to pay to get more.  Fortunately, SeatSpy is offering promotional pricing for a limited time, as follows: Monthly Pricing: SeatSpy offers a "Cancel Subscription" button within their website so it is very easy to cancel if you decide that it's not worth the cost. Note: Frequent Miler has an affiliate relationship with SeatSpy. If you click through from our site to sign up, we will earn a small commission.

Browse to SeatSpy.com, choose which airline you want to search, and then enter your search criteria:

Once you click the Search button, a full year of results appears instantly.  I can’t stress enough how nice that is.  Every other award search tool that I’ve ever used requires waiting.  And, usually you’ll see at most 7 days of results, but a few tools do show a month at a time.  With SeatSpy, you’ll see a full year’s results right away: And if you prefer to search round-trip with a single airline, select “Return” and then you can see at a glance the dates that would work:

After the results show up, you can modify the search criteria to include additional cabin classes.  Here you’ll see that I added First Class to the British Airways search so that I’d see both business and first class:

Within the search results, simply hover your mouse over any date of interest to see how many seats are available in each cabin class.  When you see 9 available, there may actually be more than 9:

Example US to Africa award search

The following example was written back when SeatSpy supported only British Airways and Virgin Atlantic searches.

I was curious whether SeatSpy could help me find a desirable award flying 2 adults in business or first class from New York City to South Africa in October for a two-week trip.  To make things more difficult, I decided that I would fly into Johannesburg but return from Cape Town.

All Virgin Atlantic and British Airways flights route through England, so with either airline we would be routed through London.

SeatSpy doesn’t allow searching for itineraries with connections, so I searched separately for each leg.  For example, I searched NYC to London, London to Johannesburg, Cape Town to London, and London to NYC.  I ran these searches with both Virgin Atlantic and British Airways.

For some reason SeatSpy allows searching from New York City area airports (JFK, EWR, LGA) all at once for British Airways, but requires separate searches with Virgin Atlantic.  So, for Virgin Atlantic, I searched both JFK-LHR and EWR-LHR for both the outbound flights and the return.

SeatSpy shows that business class awards from New York to London are wide open in October for 2 adults.  Plenty of Virgin Atlantic awards are available too, but not nearly as many as British Airways offers.

As you can see above, far fewer award flights are available from London to Johannesburg in October.  Since Virgin Atlantic awards are only available at the end of the month and I want a two week trip within October, I knew at a glance that I’d have to rely on British Airways for the outbound flights.

Unfortunately, British Airways imposes ridiculous taxes and fees on their flights, especially in premium cabins.  You can save points by booking these flights with AA miles, but you’ll still pay over $1,000 in taxes per person.  A better option is to book with Cathay Pacific Asia Miles for 90,000 miles plus approximately $606 per person.

Important: there are better and cheaper ways to get from the US to Africa in business class than by flying Virgin Atlantic or British Airways.  This experiment was really designed to see how easy it was to use SeatSpy on a real world example.  It is not a tool for finding the best award deal available.  For that you may want to check out Juicy Miles.  Also check out our in-depth post: Best ways to get to Africa using miles.

To find this combination, I had to search for each flight separately on Virgin Atlantic’s website:

Important: there are better and cheaper ways to get from the Africa to the US in business class than by flying Virgin Atlantic or British Airways.  In fact, when I searched Delta for the above Virgin Atlantic awards, I came across cheaper options for flying Air France (not shown).  This experiment was really designed to see how easy it was to use SeatSpy on a real world example.  It is not a tool for finding the best award deal available.  For that you may want to check out Juicy Miles.  Also check out our in-depth post: Best ways to get to Africa using miles.

Use SeatSpy to find suite seats

One reason to use SeatSpy is to try out British Airways and Virgin Atlantic’s new suites.  These are business class seats that are marketed as suites due to having extra privacy. If you’ve been eager to try these out, SeatSpy makes it easy… 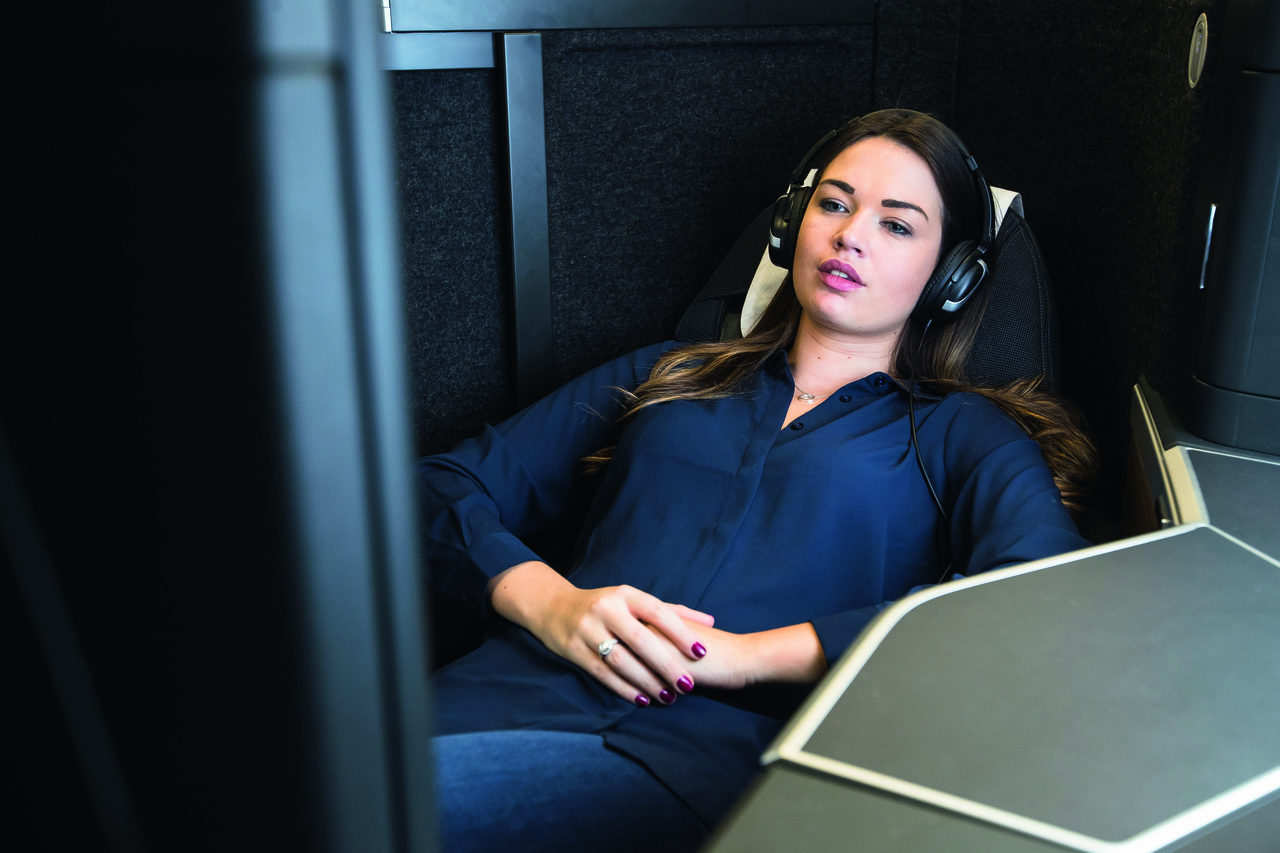 British Airways offers their Club Suites in business class on all of their A350 and 787-10 aircraft.  Additionally, they have reconfigured some of their 777 aircraft with these new seats.  This post is a good resource for finding the routes that offer the new Club Suites.

Once you’ve picked out a route, use SeatSpy to find award availability and then double check on BA.com that the specific flight numbers you’re looking for are available as awards.  With that done, compare award prices across BA, AA, Cathay Pacific, and Iberia to try to find the award requiring the fewest points and lowest fees. 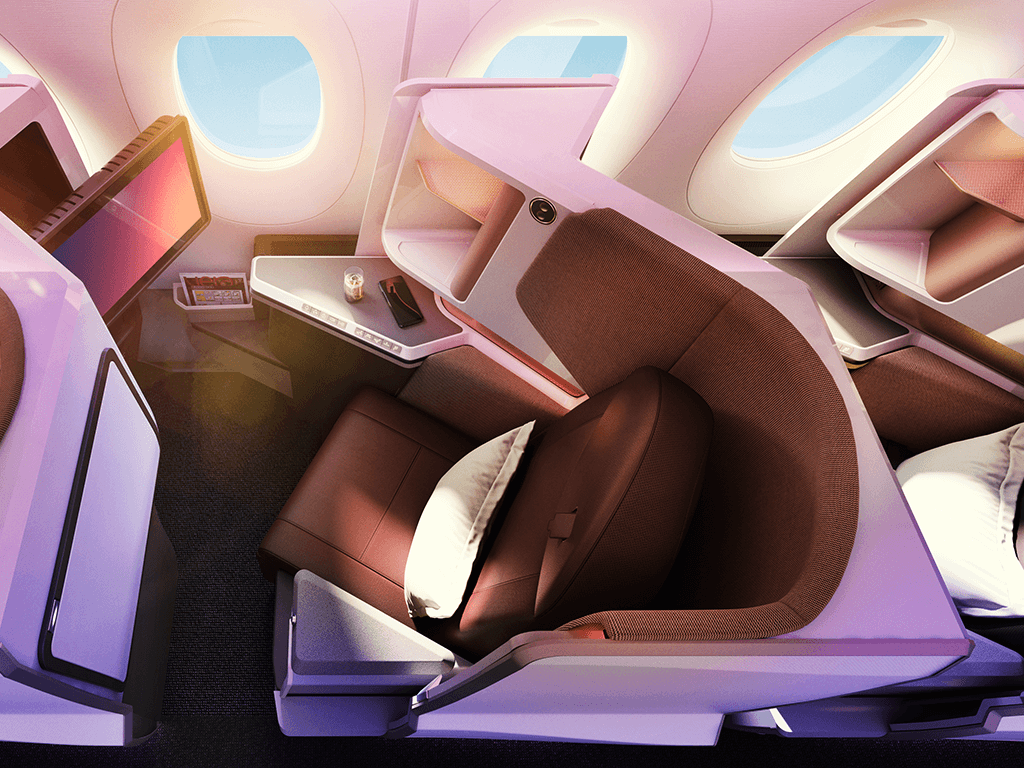 Using SeatSpy, I see that plenty of business class award space is available from JFK to London.  Here’s just the next few months:

Using Virgin Atlantic’s website, I easily confirmed that award space was available on a date I randomly picked: March 9th.

As you can see above, the 10PM flight is available to book as an award in Upper Class (business class).  Also, there’s a little indicator showing that this is a “New Plane” (e.g. A350).  To double check, I clicked on the Details link and saw that it was indeed an A350.  This means that Upper Class will feature the new suite.

SeatSpy is fantastic for non-stop awards.  If you know the route you want to fly and if SeatSpy supports your preferred airline, then no other tool will show you results so quickly and completely.  I love its full year display, its instant results, and its ability to set alerts.

My primary criticism is that this tool is extremely limited.  It only shows non-stop flights.  Plus, it only shows when each airline’s own flights are available for awards.  Even though you can use BA, Air France, or Virgin Atlantic miles to book partner airline awards, those awards do not show up in SeatSpy.  For example, AA or Delta flights might be available on dates you want to fly, but SeatSpy won’t tell you that even though you can book AA awards with British Airways points and you can book Delta awards with Virgin Atlantic or Air France miles.

When I first wrote this post, SeatSpy only included support for British Airways and Virgin Atlantic.  Since then, they added support for Air France & KLM, and later AA and United.  The fact that SeatSpy now includes two significant US-based airlines is a huge step forward for the US market.  Going forward, I’d love to see support for some of the more exciting carriers: ANA, Cathay Pacific, JAL, Emirates, Etihad, Qantas, Qatar, etc.  Finding international first class awards on these carriers can be a challenge, especially for flights from/to the United States.  The ability to search across a year at a time and to setup long-term alerts for these super-desirable flights would be huge. 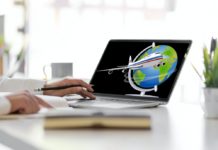