One nice perk of the Citi Prestige card is the ability to book a four night hotel stay, pretty much anywhere, and get the fourth night free.  I wrote about my experience in booking such a stay back in January (See: Using the Citi Prestige 4th night free benefit).  I completed the stay on March 3rd and expected to see the fourth night rebate on my next billing statement, but it wasn’t there.  I called to check on it and was promised that the credit would eventually appear, automatically.  I was dubious, but sure enough it finally appeared less than 4 weeks after the stay completed:

As advertised, they reimbursed the full price of the 4th night. Luckily for me, the fourth night also happened to be the most expensive.  A couple of other findings:

The rules say that you have to pay the full hotel bill with your Prestige card to get this credit.  While I did so for this stay, I’m not so sure it’s necessary in practice. My bet is that, after the stay, Citi gets a kickback for the booking and that triggers the rebate.  I’ll have to test this out sometime.  In the meantime, I recommend paying with your Prestige card to be safe.  It earns 3X at hotels, so you can’t really go wrong.

In a couple of previous posts, I described Citi retention offers I had received.  See: “5X ThankYou offer returns… sort of” and “How one call led to a points bonanza and rethought plans”.  The interesting retention offers were:

In response to my previous posts about these offers, a few people suggested that I probably would not earn 5X at Target stores that are coded as grocery stores.  Well, I quickly maxed out my ThankYou Preferred retention offer at Target (with REDbird, of course) and I can verify that I did receive all of the expected bonus points.  I’m still waiting for my Prestige statement to close, but I fully expect to earn all of the expected bonus points on that card as well.

On the other hand, my Forward card is currently earning at least 3X everywhere… except not really.  Both I and a reader independently discovered that some financial-like transactions did not earn bonus points.  In my case, I had used my Forward card to load a Nationwide Buxx card online.  The reader in question had used his Forward card to buy Amex gift cards online.  Interestingly, neither of us were charged cash advance fees and we each earned 1 base point per dollar, but neither of us earned bonus points.  I’ve initiated a test at Target to see if bonus points are earned there for loading REDbird.  I will be very surprised if that doesn’t work since in-store reloads look like regular purchases to the credit card companies.

Keeping Arrival for another year

In the post “Cancelling my favorite cards” I said that I would try to get a retention offer for my Arrival Plus card or downgrade the card if I wasn’t offered one (I wasn’t).  One of the reasons for downgrading was that I thought I would be using my Forward card for all spend for the next 6 months (see above).  Since I discovered that my Forward card doesn’t earn 3X for some key transactions, I decided to keep the Arrival Plus card.  As I described here, I used Arrival points to pay the annual fee.

Yesterday I described my 90,000 point mistake.  I had forgotten to transfer my wife’s points out of her Ink Plus account before closing the account.  Since then many readers have told me that the same thing happened to them and that Chase was able to recover their points.  Whew.  My wife has been very busy lately, so rather than make her call I’m going to see if I can get this resolved through Secure Messaging.

On my way to Necker Island, some day In a recent post (found here) I wrote about Richard Branson’s Necker Island and how it was possible to book an all-inclusive week for two for a mere 1.2 million Virgin Atlantic miles.  I pointed out exactly how stupid it would be to do so, and then asked readers if I should do it anyway.  While a few clearer heads prevailed, the vast majority said to go for it.  And, I will… eventually.

To earn enough miles, I will rely, in part, on the reappearance of a big Virgin Atlantic credit card offer.  I have no idea when that will be.  Plus, I need Amex to offer a good transfer bonus from Membership Rewards to Virgin Atlantic.  Amex is currently offering a 25% bonus, but I’d rather hold out for 30% or 35%.  Again, I have no way of knowing when that will happen.

And, even if I had the miles ready now, I would have to find a week that is available on Necker Island and will work with my family’s schedule.  Ironically, that’s the big challenge.  Getting enough miles is easy… as long as I don’t accidentally close my accounts and lose my points… 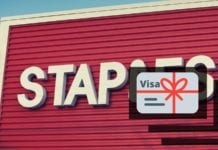 50% Transfer Bonus from Chase Ultimate Rewards to IHG One Rewards 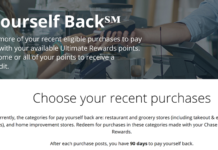 Have you comfirmed that loading Redbird at Target is coded as grocery for Prestige? I’ve started to work on the 5X/50k retention offer. Thanks.

Looks like US Buxx loads code differently than Nationwide Buxx loads. Hopefully the get the 3x.

Are you reviving 3x on other purchases? If not, I’m thinking this may be a case of them depositing the bonus points “within 60 days of the promo ending”, like the Barc Aviator 1.5 miles deal.

Can
Reply to  Can

Greg The Frequent Miler
Author
Reply to  Can

Yes, I got 3X on all other purchases, just not Nationwide Buxx loads

Do we have to sign up to get the 5x on supermarket, gas, and drugstore with prestige card?

Its not a guaranteed benefit. I got 5X (temporarily) after calling and asking for retention offers.

As a data point (March 2015): I triggered 30,000 point signup bonus on Thank You Preferred by loading Nationwide Buxx. Besides the regular points earned on the purchase, it worked to trigger the signup bonus.

Yep, I’ve used Buxx cards to meet signup bonus requirements too. It’s interesting that they seem to have smartened up about this one very specific thing

Any recent experience loading NW Buxx with Citi AA Business Platinum MC? I’m having trouble and Citi and Nationwide each blame the other.

It depends how much spend I put on it this year. With enough spend, it will be a good bet. Mainly, though, it was the easy solution. I’ve already setup family members with authorized user cards and have them conditioned to use it as the go-to card internationally. Plus I have it registered as the account to pay from in various situations. And, I do value Tripit Pro somewhat.

so Citi Prestige is a MasterCard? for some reason I’ve always thought it was a Visa.

I discovered the same issue (like yours with 2x earning on everything on Freedom card), but with my Preferred card (also extra 2x on everything). I used it to load NWbuxx and was surprised to see only basic earnings, and not bonus points.

2x on freedom? was that a retention offer?

I think he meant Forward.

How is the hotel booking tool to get the 4th free night? Is it online or is it just call in? Can you use different corporate/govt rates inside of it or is it only the standard rate? This will probably be the difference between me applying for the card or not.

You have to call. I described the process in full in the post I linked to above. I’ve been told that you may be able to use corp/govt rates, but I haven’t tried so I can’t yet verify.

[…] It can take several weeks after your stay. It took the Frequent Miler’s credit about four weeks to show up. […]

I have never been offered for that high of points bonus. Citi just gives me 2x on every online purchase for my Preferred card.

Do you have any tips to match out this offers?

They gave me 2 bonus points per dollar for my Forward card. 2 bonus points plus 1 base point means 3X everywhere. Is that what you were offered? I didn’t do anything special other than ask about all of the offers that I qualified for.