Background: Currently, there’s a one time opportunity to get top tier AAdvantage elite status (Executive Platinum) by enrolling in and completing the US Airways Preferred Status Trial.  For fun, I decided to go for it and I know that many readers did too.  Follow along through this series of posts, or on Twitter search for hashtag #30Ktonowhere.  For additional background, please see: The last great mileage run.

In the process of conducting and writing about the Preferred Trial, I’ve made a few mistakes. If you’re doing the Preferred Trial too, then hopefully you can learn from my errors.  Below are the four lessons I’ve learned… so far.

In an early post (“30,000 miles to nowhere. Let’s do it!”), I described how I planned to purposely schedule layovers on an upcoming trip in order to earn extra Preferred Qualifying Miles.  Specifically, I was flying from Detroit to DC then onward to Greensboro before returning home.  I intended to book a trip with at least 7 segments, like this:

Since each segment would give me a minimum of 500 Preferred Qualifying Miles, it looked like a great way to earn extra miles over flying nonstop.

In reality, the times for a seven segment trip didn’t fit my schedule.  I booked a five segment trip instead. When I received my confirmation email from this booking, though, I realized a mistake I had made.  On my outbound flight to DC, the leg from Detroit to Charlotte and the leg from Charlotte to DC had the same flight number.  In other words, I had booked a direct flight which would earn the same number of miles as a nonstop.  In fact, as I learned from Heels First Travel, not only would I earn the same number of miles as a more convenient non-stop flight, but my chances of an upgrade would be reduced too.

Since I had caught the error within 24 hours of booking, I could have canceled and rebooked.  One big problem: the rest of the route I had chosen was no longer available at the price I had paid.  So, it likely would have cost me much more to cancel and rebook.  Instead, I kept the itinerary and showed up early at the airport.  My hope was to same-day-change to a different flight either to earn more preferred miles by breaking up the segments or to fly non-stop.  It turned out that my best option was a nearly empty nonstop flight, so I jumped on that one.  The result was that I flew only 4 segments on this trip and earned only 2,000 Preferred Qualifying Miles.

Lesson 2: Buying the Platinum Trial is not as beneficial as I thought

In my post “30,000 miles to nowhere. Let’s do it!” I showed the price of signing up for different levels of elite status during the Trial:

And, I pointed out that higher levels of status lead to more bonus miles from each flight (these are bonus redeemable miles, not Preferred Qualifying Miles).  I wrote:

If you fly exactly 30,000 miles during the trial period and don’t earn any other mileage bonuses, mile earnings would be as follows:

Reader, Sam, pointed out that I hadn’t accounted for the fact that you could earn a higher level of status during the Trial:

You’re RDM calculations aren’t quite right–remember that once you hit 15K miles you’re Gold, even if you signed up for the Silver trial. So you actually get, for example with the Silver trial:

As Sam showed, above, if you buy into Silver and time your flights just right, it’s possible to earn as many as 43,125 miles from 30K miles of flying.  This isn’t a big deal, but I thought it was worth pointing out my error.

Lesson 3: Companion Certificates are not as valuable as I thought

In the post “30,000 miles to nowhere. Hacking companion mileage runs,” I showed how to use US Airways Companion Certificates to mileage run with friends.  This is still doable and can still be profitable, but readers pointed out an error in my assumptions.  Specifically, the Companion Ticket requires fares of $250 or more and I showed examples of using the Companion Ticket for flights priced at just above $250.  It turns out, though, that the $250 requirement is for the base fare before taxes and fees.

This may put a dent in your plans, but the $250 requirement is base fare, not total fare, so the taxes & fees won’t count. I recently had this come up when I used my certificate on something that was like $330 or $340, and the agent up-fared me to the lowest qualifying fare code to get the base fare over $250.

Given that requirement, you would need to find flights with a total cost of around $300.  Here are the relevant taxes and fees you should expect (from the US Airways website):

In my original post, I ran a scenario with these calculations:

With the new info at hand, let’s assume that the flight’s base fare is around $275 with $60 in per-person taxes and fees.  Then, when we add in the required $99 fee per companion and assume two companions, we get:

That’s still pretty good, but not quite the home run I had thought.

Lesson 4: Back to back ticketing is frowned upon

Another issue from the post “30,000 miles to nowhere. Hacking companion mileage runs,” was the hack I described for getting around the Companion Ticket two-night minimum requirement.  I suggested booking two separate round-trips back to back.  Several readers pointed out that this could be a violation of US Airways’ terms and conditions.  For example, Ben wrote:

Isn’t the interlocked round trips considered as nested ticketing? Isn’t this “technically” considered a violation of their T&C, and there is a chance, however small, they might weasel out of giving you the proper points?

Yep, good point!  While my guess is that it’s unlikely that they would do anything about it, US Airways (and most other carriers) certainly don’t like people doing this.  From the US Airways website: 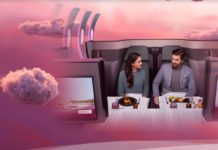