If you don’t have a Meijer store near you to take advantage of their Visa gift card deal, hopefully you’re near a Safeway, Albertsons or other store that uses the Just For U program.

That’s because they have a digital coupon that’s offering $10 off when spending $100 or more on Mastercard gift cards. This deal appears to be regional though, so there’s no guarantee you’ll have it available even if your local store uses Just For U. 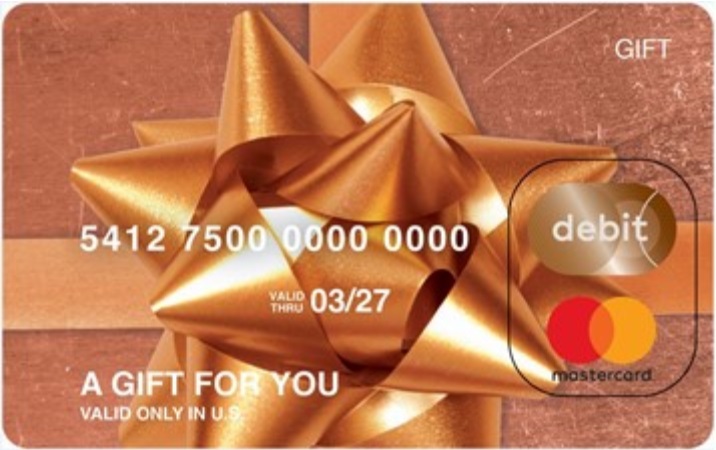 As I mentioned above, this digital coupon appears to be regional. I’d searched for gift card deals in my Safeway Just For U account using a San Francisco zip code but nothing appeared. Changing the zip code to one in the Denver area had it show up; it also appeared under a Shaw’s account with its address set to Worcester, MA.

If this digital coupon shows up for you, it’ll be instantly profitable as the $10 instant discount is larger than the activation fee. Unlike the Meijer Visa gift card deal, this might not work on variable gift cards, so double check the total when checking out before paying for a variable load Mastercard gift card.

As always, pay with a card that earns more at grocery stores to increase the rewards that you earn on the transaction. Hey guys,
Do you know of any reason why the $20-$500 “Celebrate” MC variables don’t work for this promo? I assume its just coz they forgot to load in this sku, which is different from the sku on the normal regular MC variables. Any thoughts? This was the same issue when they had this promo last month.
My local Randalls are full of their Celebrates, but next to no regular cards. I’m gonna write to Safeway today…lets hope they can open this card up before the end of the promo.

The fact that ANY variable load cards works on this deal is an obvious mistake – they only intend it to work on useless fixed-value $100 cards.

If you get through to someone at Safeway’s IT department who understands what you are talking about, there’s a good chance they will “fix” the problem – and to them, the problem is that ANY variable load card currently works. They’re not going to extend it to work on more cards, they’re going to make it stop working on any cards. Duh!

“Writing to Safeway” will kill this, likely forever. Don’t be that clueless idiot who ruins everything for everyone!

This Is Why We Can’t Have Nice Things.

I’ve not written to Safeway….so don’t go crazy buddy.
I will beg to differ with your logic a little. In the past they had been very specific that a similar deal would only work on the lower valued fixed MCGC (and VGC’s). But occasionally they give us this promo that can be applied to all cards, variable and fixed.
Either way – trusting everyone doesn’t think they’ll get the discount on the Variable Celebrate’s with sku 7675037713

as you can wait, the stores will likely have the gold pkg mcgc restocked around midweek

Wow Dan you were dead right. Normal MCGC’s variables are totally restocked at my local Randalls. Let the fun begin!

Anyone have success liquidating these on Plastiq for 1% debit fee?

Nope, Plastig is very careful about which vendors they approve. It clearly has to be a business.

I think you misunderstand. I want to use MCGC as payment method on Plastiq to pay my student loan provider or rent, which both are approved vendors. I’ve heard MCGC will code as debit card and only get charged 1% plastiq fee, while VGC get charged the normal 2.5% CC fee.

One can use it for payments (loans, mortgage, property tax, irs, state taxes, etc) not cc payments using MC 1% fee. I don’t think WR2 was referring to liquidating like WM go get a MO.

I stand corrected. Yes, using on Plastiq to pay bills like that is a wonderful use.

Available at Albertsons in Texas

Thx for the heads up! Albertsons has them in Idaho, which is unusual. 🙂

Can confirm it’s good off variables.

Can also confirm changing zip code and trying in a place where the zip code didn’t see the offer will NOT work.

Thanks for confirming that 🙂

One really important detail left out:

These are the very same cards that caused so many troubles recently. At many retailers, there’s a system error where the card is drained completely and the transaction is declined simultaneously, leaving you twisting in the wind with an empty card and nothing to show for it.

I’m currently out $1000 and I know of many, many others this happened to. AFAIK, not a single person has recovered their money (at least not yet, I filed the dispute paperwork with BHN last week, their response is basically “we’ll get back to you”).

Proceed with extreme caution on this one!

@Bupkiss Do you mean proceed extremely carefully with Visa gift cards? That sounds awful what you experienced. What is BHN?

@ Stephen Have you heard of these issues?

Yes – we covered it here: https://frequentmiler.com/major-problems-reported-w-mastercard-gift-cards/

Correct. VISA gift cards should be OK. It’s the MasterCards that have been taking people’s money and leaving them high and dry.

These very same MasterCards from albertsons/safeway/etc that were on the same special 2 weeks ago.

is the Just For U program usable across affiliate companies? can i earn rewards with one and redeem it with another company?

I think you might be able to, but I’ve never actually tried it – hopefully someone else can confirm.

@ David- Not sure I understand your question. It’s a basic MC GC that can be redeemed anywhere that accepts MC, which is almost everywhere.

I think he means the Just For U program in general, rather than this specific deal. e.g. Earning rewards at Albertsons and redeeming them at Safeway.

Does anyone know if the staples fee free gift card deal is actually continuing this week?