By the time I realized I had made the wrong decision, it was too late.  All I could then do was pray for my life, and if I lived, pray that my wife didn’t kill me when I returned home…

The evening began simply enough.  My mom, who is also in Bangkok right now but not at my hotel, emailed to tell me where we were meeting for dinner.  I plugged the name of the restaurant into Google Maps and identified the closest SkyTrain stop.  About half an hour before the scheduled meet up, I headed out.

I made it to the SkyTrain stop without any trouble, and walked the rest of the way.  The walk seemed longer than I had expected, but I still made it in time.  I told the restaurant host that I was there to meet others.  “Thai?” He asked.  “American,” I said.  He nodded definitively and led me through the restaurant.

He took me to an American family that I didn’t recognize.  I’m sure they were perfectly nice, and probably would have made excellent dining companions, but I told the host that they were the wrong group.  That was, arguably, my first bad decision.

It turned out that there were multiple restaurants with this same name in Bangkok.  I was at the wrong one.  I asked the host what was the best way to get to the right one.  The SkyTrain would work, but it would require a lot of walking, backtracking, and a train change.  He told me that a taxi would take about an hour because of Bangkok’s impenetrable traffic.   He suggested that a motorbike would be the fastest option.

I walked out of the restaurant undecided about what to do.  I started in the general direction of the SkyTrain, but directly across the street was a line of motorbikes looking for passengers.  I decided to give it a shot.

Moments later, I was on the back of a motorbike, flying towards the intended restaurant.  The reason motorbikes go faster than taxis or tuk-tuks in traffic is that they can ride with ease between the cars, trucks, and tuk-tuks.  I knew that, of course.  What I didn’t know was how fast these motorbikes could go.  We flew down one road after another, between cars and trucks at what seemed to me to be highway speeds.  I was terrified!  Here is roughly what went through my mind:

-The driver has survived many rides through the city so far (I assume), so I should be OK, right?  No!  He’s wearing a helmet!  I’m not!  Crap!

-I wonder what Thai hospitals are like.  I hope I don’t find out…

-My wife’s going to kill me.  Please God, get me through this so that my wife can kill me at home!

In what seemed like hours, but was probably more like 10 minutes, we made it to the intended restaurant.  I was pale, shaking like a leaf, but unharmed.  I entered the restaurant and told the host I was there to meet others.  He showed me to a table full of people I didn’t recognize… 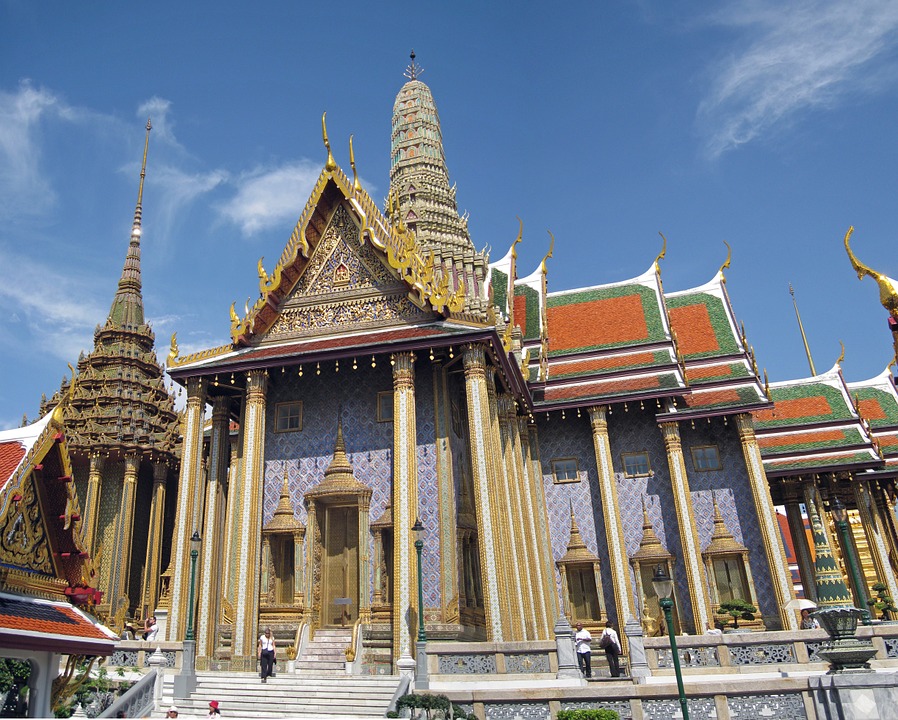 Okay, it is a very good post, and I’ve read it several times… once when it was new and a couple of times since then…but I can’t let go of the unresolved cliff hanger. Was your mom actually at the second restaurant?! Was the first table the host brought you to just another table of random americans? 🙂

Sorry about that! Yes the second restaurant was the right one. After the host took me to the wrong table, he brought me to another section of the restaurant where my mom was.

Rationality is overrated - The Frequent Miler

[…] my Bangkok trip, please see the following posts.  If you just want to read one, I recommend “My dangerous decision.” It has nothing to do with miles and points, but many have told me that it was their favorite of […]

I really enjoyed this report. I laughed because it is all so true.

Yes Chino, you live in Bangkok and do it all the time.

BUT for us from afar that like our knees it is nerve wracking. I must admit though it’s cheaper and faster.

Exaggeration would be an understatement. I live in BKK and use the motorbike dudes all the time. It’s not nerve wracking, it’s not a near death experience, but it is faster than a cab during traffic and cheap.

First the passport, now a ride from hell in the Streets of Bangkok. Let’s face it FM…you are not cut out for this travel stuff alone. Either take the family or do your gc experiments and we can all be happier and you alive:-)