Google Pay has added a new feature, offering 4.5% cashback at some local restaurants when activating an offer and paying with a linked card. These dining offers appear to be regional, so there might not be anything listed near you right now under the ‘Explore’ tab of the new Google Pay app. Nick is currently in Myrtle Beach, SC and is seeing a number of eligible restaurants nearby such as Moran’s Irish Pub and The Office Italian Pub as seen above.

I’m currently in Portland, OR and there are 27 local restaurants and cafes near me where I can earn 4.5% cashback by paying with a linked card. Greg was in Denver, CO the other day and saw a number of restaurants in the app too. However, since returning to Ann Arbor, MI he’s not seeing any local restaurants listed which is why these deals seem to be regional.

There’s potential here for stacking offers to earn even more cashback and/or rewards. For starters, these are card-linked offers and so you can use them by paying with a credit card like normal rather than needing to tap your phone or use NFC at the restaurant. That means you can pay with a card that earns more on dining purchases such as Amex Platinum cards if you have the 10x or 15x earning attached to your card from an application in the last six months. Even if you’re not earning 10x or 15x, you could potentially earn 8x on an Amex Gold card  – 4x on dining as standard plus 4x if you’ve referred another cardholder.

I initially figured that these Google Pay dining offers would’ve been run on the backend by Rewards Network as that’s who powers the dining programs for United, American Airlines, Delta, IHG, etc. However, that doesn’t appear to be the case because there seem to be different restaurants listed in Google Pay to those listed on the Rewards Network programs. There might be some overlap though, in which case you’d be able to double dip earnings from Google Pay with points or miles from one of those other dining programs.

If you’re not familiar with how this type of Google Pay offer works, you have to enroll any cards you want to use in Google Pay, then you have to activate the offer in the app. Note that these offers are in the new version of Google Pay whose name now shows up as GPay with an icon that doesn’t contain any text in it. The one you want is therefore on the left in the image below, rather than the old Google Pay app pictured on the right.

Update: Apparently the name of the new version of the app shows up as Google Pay for iPhone users rather than GPay. The app you want is the one on the left in the image below. 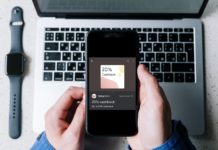 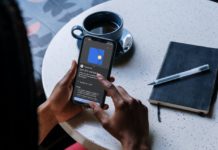 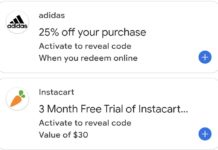 Surprised to see no comments on this article, this is the same program as Rakuten Dining, You will be better off with Rakuten Dining, since the rewardi is half percent more, 5% (cashback or MR) compared to Google Pay 4.5%)