Yesterday, we posted about changes to the Singapore Airlines KrisFlyer award chart coming later this month (See: Singapore devaluing 1/24/19 (biz/first awards increase by ~10%)). In addition to that devaluation, Singapore has announced a few other changed pertinent to reward enthusiasts, including changes to the waitlist process, the introduction of a flexible date search, and the permanent implementation of “spontaneous escapes” (a monthly flash sale a la Flying Blue promo awards). The flexible date search is a major plus, but when combined with the devaluation it feels like too little too late. The other two changes don’t excite me more than the flexible date search.

Waitlisted seats will now be killed at T-14 As noted in yesterday’s post, Singapore allows you to waitlist an award even when there are no award seats available (subject to space on the waitlist for that flight). The pain point here is that you must have enough miles in your account to book the award you want to waitlist, but you can then theoretically waitlist as many flights as you want. For example, Singapore charges 65K miles for a one-way saver business class award from New York to Frankfurt. If you have 65,000 miles in your account, you could theoretically waitlist that flight every day (assuming no award seats are available). If an award seat becomes available, Singapore will contact you to let you know that you can book it (at which point they also give you a window with a deadline for booking).

I’ve never tried waitlisting the flights from the US to Europe, but a couple of years ago I did waitlist flights to both San Francisco and Los Angeles every day for about a week when there wasn’t availability during the week I wanted to travel. All of those waitlists eventually cleared — some within a few days of waitlisting them, some not until a few days prior to departure. From what I’ve read, that’s not uncommon. While surely not every waitlisted seat will clear, I think many likely do.

That said, I don’t think many clear until a few days before departure. And that’s why I’m not excited about this change.

The problem is that desirable awards on expensive routes often don’t open up until close to departure. Unless Singapore intends to really improve availability 2 weeks out, that means the waitlist might not be terribly useful. I’m skeptical at best that Singapore will improve availability with 2 weeks left to sell the seats. I guess you’ll then have to hunt for close-in awards daily to see what opens up a day or two before departure. I guess we can at least be thankful that Singapore is introducing a new….

Singapore has also announced that they will now allow you to search for awards +/- 3 days from your chosen departure. In other words, you’ll be able to see a week of availability at a time. That is a really nice change from the current process of having to search 1 day at a time, which gets quite tedious if you have flexible travel dates.

This certainly makes it easier for those looking to book Singapore awards, though between the price increases and the change to waitlisting outlined above, it feels like too little too late. This would have been a nice feature three years ago. I guess it will be helpful for finding those close-in seats now that the waitlist won’t exist for flights within 14 days of departure.

Singapore has been releasing periodic “spontaneous escapes” similar to Air France / Flying Blue promo awards. They have announced that this will now become a monthly feature, offering discounts on award on select routes. That’s nice for those who can take advantage, but with so few Singapore routes to and from the US, I don’t expect they will be as useful for US-based members as Flying Blue promo awards.

Still, it’s nice to know that you might be able to catch a deal if you keep your eye on those monthly sales.

Singapore KrisFlyer has long been a popular program due to transferability from so many US credit card programs. On the other hand, it has long been disliked for its mileage expiration policy (36 months from the date they are earned or transferred in with no way to extend that). With a second increase in award rates in less than two years and what looks to me like a decrease in the utility of waitlisted seats, I think Singapore is losing its strong points quickly. The major advantage has been that they release more premium-cabin award space to Singapore KrisFlyer members than to partners — but if you can’t even reliably waitlist those awards, it might not be worth transferring miles that may expire unused. When so many airlines allow a hold before you have the miles in your account and charge fewer miles on similar routes, Singapore is behind the times. Hopefully I’m wrong and those waitlists will begin to clear 14 days in advance more often than I expect. 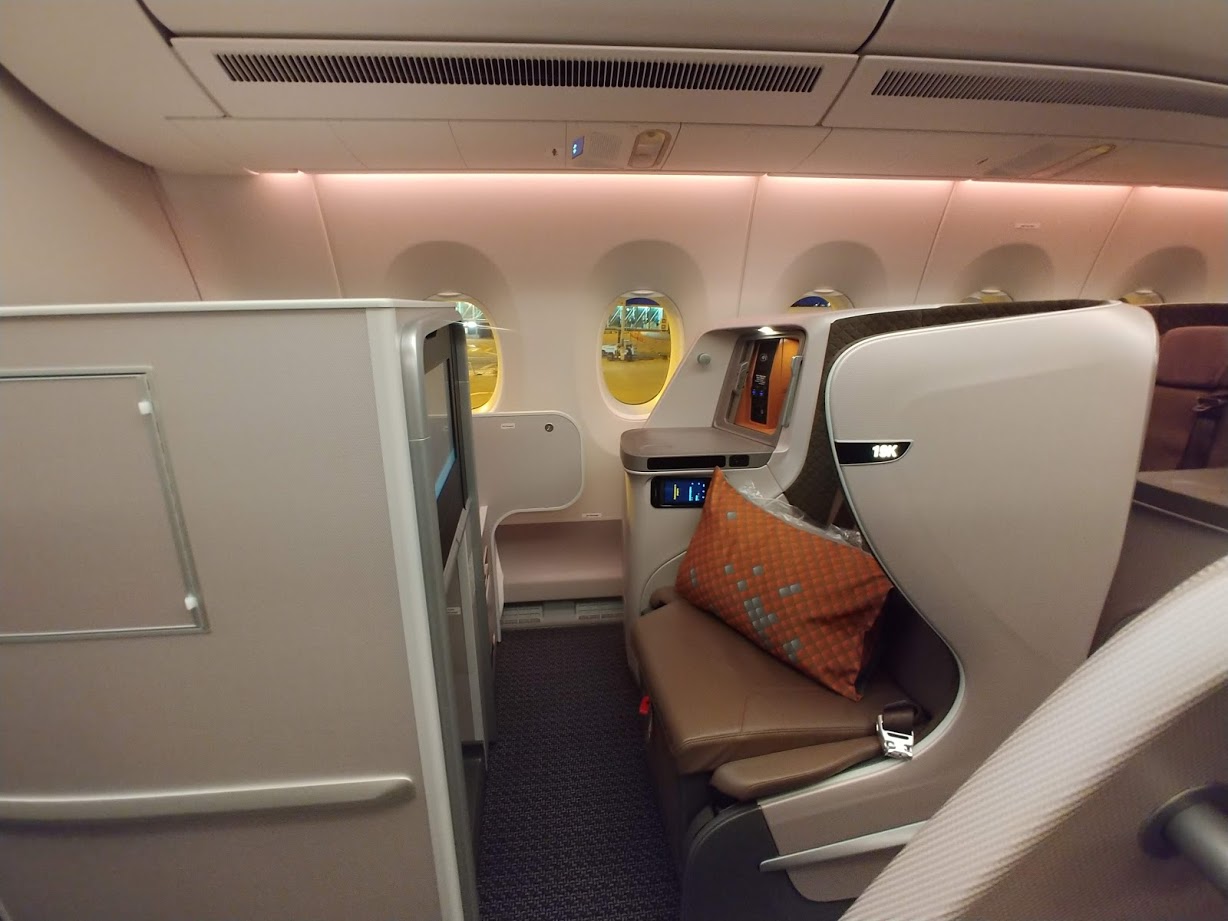 Nick, when you were upgraded with the waitlist did you get to choose your seats or did Singapore assign them? My wife and I are waitlisted on 4 flights from Singapore to either New York or SFO later this month. Presently in Premium economy hoping to upgrade to business. Doing mock bookings there are still a good number of available seats on all the flights we are waitlisted so keeping our fingers crossed.

I got to pick. As I recall, when I got the email, I called to ticket and the agent asked me what I wanted…but then I could still go online and change them.

How many days b4 the flight was it when you got the email confirmation?