Reports online from Doctor of Credit and reddit indicate that Bank of America has instituted new application restrictions that bear some resemblance to Chase’s 5/24 rule. Thankfully, the BOA rules allow at least a little more breathing room, though they still cap out new card applications more quickly than some will like.

According to multiple reports, here are the new limits for those applying for credit card accounts with Bank of America:

This is in addition to the 2/3/4 rule, which covers new Bank of America cards. The basics of that rule are that you can be approved for a maximum of:

Again, that existing rule that applies to Bank of America cards is still in effect. The new rule applies to new cards with all banks.

There are at least a few reports of this rule being manually overruled, so it seems that this is not quite as firm as the Chase 5/24 rule. Some data points of manual approval on reconsideration indicate having large sums on deposit, but at least one data point from Doctor of Credit indicated being approved at 9/24 despite no previous banking relationship. Still, there are enough reports of the new rule (and have been enough reports about BOA tightening up on approvals over the past couple of years) that I think it is reasonable to assume your chances of approval are low if you have opened many new credit cards in the past 24 months.

Bank of America Alaska Visa: 62,000 miles and a companion fare after $3k spend 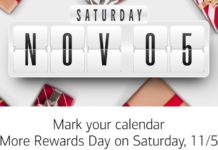 I am a Platinum Honors client. Got a US Bank Cash+ card just this week. Co-signed for a Citi Custom Cash card for a dependent last month. Prior to that, my previous card application was a Wells Fargo from 4+ years ago. I currently have a BofA customized cash rewards with 5.25%/3.5%/1.75% cash back for online/grocery+club-store/everything else. I want to apply for the Unlimited cash rewards card so I can take that 1.75% to 2.625%. What are my chances if I go for it within the next 2-3 months?

Yes, they probably show up on your credit report and therefore count.

Yup. Unless you’ve found a way to have one without depositing anything….in which case, we need to have coffee sometime. 🙂

Can we be more explicit on whether the rules above apply just to pesonal cards or also to business cards. For example:

1) regarding BoA 2/3/4, if I’ve opened 3 personal BoA cards in the last 12 months and applied for a BoA business card would it go through?
2) regarding BoA 3/12 and 7/12 (the new rules, looking at all issuers), can BoA see Chase or Amex business card applications, or do the 3 and the 7 apply only to personal cards (and perhaps also those few business cards that show up on a personal report)

2) Nobody can see Chase or Amex business cards except for Chase and Amex, respectively (Chase can see your Chase biz cards, Amex sees your Amex biz cards).

3) The 3 and 7 apply to the cards on your personal report (i.e. not Chase biz cards, but yes Capital One biz cards since those show up)

4) You didn’t ask this, but yes the 3 / 7 rules apply to biz card applications with BOA.

The BOA Premium Rewards card shown above, as long as you have the qualifying balances at BOA/Merrill, is the best “go to” card available. Period. 3.5pc Restaurant and travel, 2.625pc Everywhere else, in cash. They should be picky about cardholders! No hoops, no finding transfer partners and spending money on things you would never actually pay real money for.
I realize not everyone has the 100k balance at the bank, but if you do, your credit card juggling life would be greatly simplified. JMHO.

Deposit account, guess that includes checking?
Further confirmation for me that I’ll continue getting decent cards until I’m forced to wait. Husband and I just got BOA Asiana and Virgin Atlantic within last few months. Haven’t had the Avianca card yet. Any thoughts on how easy or difficult that one is?

Hey Nick, What if you are added to another persons card, does this count towards the magic number…………..and you are right, there is only 1 way to correctly heat up a bagel! Toasting is for wimps.