Priority Pass announced today that the Alaska Airlines lounges at Seattle-Tacoma International Airport are leaving the program. This means that effective September 1st, 2018, Priority Pass holders will no longer be able to access the Alaska lounges at SEA airport. 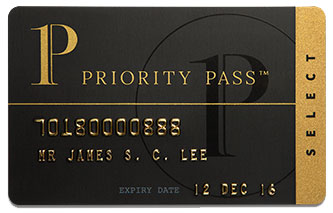 It’s disappointing to lose lounges, but it was probably more disappointing for members to get turned away every day as I’ve read has long been the case at SEA. I did manage to slip into one of the Seattle lounges a couple of years ago — only to hear someone else with a Priority Pass being denied at the door about 10 minutes later due to overcrowding. I imagine having these lounges in the program wasn’t doing anyone any favors since Alaska probably recognizes the ill will caused when people are turned away and I imagine that Priority Pass must field a number of complaints on that as well. I understand that overcrowding also causes periodic closure of the Centurion Lounge at SEA (accessible for Amex Platinum cardholders), though I got in there successfully this past February when returning home from Seattle.

The good news is that there are a couple of other Priority Pass lounge options at SEA. Priority Pass members will still have access to The Club at Concourse A and The Club at the South Satellite. Alaska lounges at other airports are not yet impacted by this change. We can hope that Priority Pass will continue to expand on restaurant acceptance in the face of a major loss like the Alaska lounges. Time will tell. 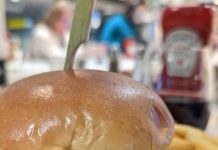 […] Priority Pass recently removed the Alaska lounges at Seattle, I noted that I was happy to see the continued expansion of restaurants. This latest development […]

So are the existing SEA lounges too few and too small … or is there something at SEA that attracts so many travelers?

Probably yes and yes on that. Seattle is Alaska’s hub, so surely they have tons of their own flyers (whether lounge membership holders or paid first class flyers) who regularly get access. Adding all of the Priority Pass members on top of that was clearly just too much.

From a customer’s perspective, I would rather a lounge be dropped than it being listed as an option, planning ahead for it (yes, when traveling with kids, we like to pre-plan some stopping points, such as lounges) and being turned away at the door due to overcrowding. Good move here, IMO.

And, to add, I too have personally seen the signs at this specific AS lounge stating no Priority Pass members allowed due to capacity limits being reached – twice in a year’s time. I know I am not that lucky to hit the same signage twice within 12 months, thus it tells me this lounge likely may experience capacity issues frequently.

I’ve been turned away almost anytime I fly out of Seattle after 5pm.