Update 5/16 – It’s the last day for Big Give Week. Both Sak’s and Dell seem to have been maxed out, but there’s some decent retailers left at 15x, including Walgreens and CVS. The $40 referral offer is still open as well, the best new member offer we’ve seen from Rakuten in ages.

Today, Rakuten starts a new promotion, called Big Give Week, that runs until 16th. Rakuten is offering up to 15% cash back (or 15x Membership Rewards) at quite a wide selection of merchants.

New members can receive a $40 bonus via referral, a terrific offer for Rakuten. If you’re already a Rakuten member, you can get the same $40 bonus for referring others.

There’s also a somewhat random NBA tie-in to this promotion. If members spend $75 or more from select stores, they will be eligible to receive a free limited-edition Starter jacket while supplies last…and they probably won’t last long. While this is a very good deal for cashback, when you use Rakuten you can earn Membership Rewards instead of the cash, which I find much more valuable. At our current RRV’s, that makes the 15x bonus worth approximately 23% back. That’s…pretty good.

Dell and Sak’s are both back to normal. 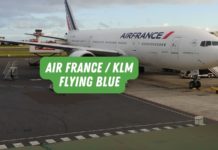 AMEX 20,000 MR bonus for enrolling in Pay Over Time: Check link to see if you’re targeted

Looks to me like the 15x is only on Dell Refurbished computers now, and is no longer showing for Work 🙁

15x at Walgreens & CVS. Time to get the 8 Covid at home tests my insurance will reimburse per month.