Wyndham Rewards is running a smoking hot promotion: You can book an entire “cottage” in Italy, France, Ireland or the UK for just 15,000 points per night.  I just got off the phone after booking the “cottage” pictured above. It has 9 bedrooms and 6 bathrooms. And that’s not the biggest one.  This one has 10 bedrooms and a nice space for a dinner party: Typically, these properties cost 15,000 points per bedroom.  I just spoke with a Wyndham rep about the promotion and I pushed to find out whether it is really limited to the first 50 people. The rep maintained that they really are capping it at 50. I was surprised to hear that I had been only about the 15th person to book.  I was also told that I was lucky to have called later in the day — apparently there was confusion over a value cap. Earlier today, reps had been instructed to tell people that the promotion had a maximum value of $300 per night, but this turned out to be incorrect — there is no cap as to the value of the property. (so I’ve been told). The cash rate for two nights at the property I booked would be $2,468.21, and it was bookable for 15,000 Wyndham Rewards points per night.

Worthy of note, you are not able to instantly book via the phone. Rather, they deduct the points from your account and put the property “on hold”. This apparently reserves the date so that others can not take those dates.  I was told that a cottages specialist would reach out to me via phone or email within the next week to finalize the booking.  The cancellation policy I was given was 14 days prior to arrival, though I was told that this would vary by property.

Searching availability was relatively easy.  The phone agent was able to search by country, number of nights, and number of guests and then general dates (I gave a 3-month range).  Some properties are smaller — most of the available properties in France and Italy would sleep only 5 or 6 people while there were many larger properties in the UK. 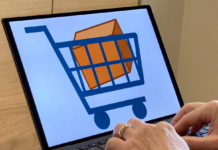 […] per night for this incredible property.  In February 2017, we reported an absurd Wyndham deal: Book any Cottages.com property for only 15,000 points per night.  The deal was only available for a few days, and was limited to 50 bookings, but it seemed that […]

[…] can help you top off for an award you need at some point. It’s always good to be prepared for when opportunity strikes with […]

[…] and 3-bedroom condos and countryside homes a potentially good deal at 30K-45K per night. Last year, they ran an epic promotion whereby members could book an entire home for just 15K per night, so I rented out this 9-bedroom […]

Which hotel program is the most rewarding? IHG vs Radisson vs Wyndham vs Choice - Frequent Miler

[…] hard to beat the flat award structure. Further, while I doube we’ll ever see a promotion like this again, the fact is that the partnership with Cottages.com means you can book a 2- or 3-bedroom […]

[…] standard rooms available on points than, say, a Hyatt property. I wouldn’t expect them to run this deal again, but it’s nice to have diversified points when those opportunities present […]

[…] points on hand for situations where you can really get outsized value, like last February when they ran a promo with Cottages.com that enabled me to book this place in the English countryside for 15K points per […]

[…] properties. Earlier this year, I was able to hop on a promotion (with Cottages.com) to book a 9-bedroom, 6-bathroom English countryside home for 15K points per night with points I had leftover from a signup bonus. This property normally costs 15K per bedroom […]

The best Wyndham redemption I've ever made - Frequent Miler

Tips: from restaurants to Choice points and what to do when someone tries to scam you - Frequent Miler

[…] weekend in a 9-bedroom 6-bathroom house in Norfolk, England courtesy of my Wydnham points based on a promotion from earlier in the year. Between that promotion and this one, I’m convinced to start exercising my Wyndham Rewards […]

[…] friends Greg and Nick over at Frequent Miler have certainly struck gold with Wynhdam Rewards points by booking entire European cottages for 15,000 points. But as best as I can tell, they still didn’t quite clear the 10 cent per point threshold. So […]

[…] about a great Wydnham Rewards promotion in which I was able to reserve a couple of nights at a 9-bedroom, 6-bathroom English countryside mansion for just 15,000 Wyndham Rewards points per […]

[…] Over the past few months, we’ve seen a steady supply of cheap flights to Europe either courtesy of budget  carriers or the competition they have created in many markets. But even with the abundance of cheap flights, many people still value a more comfortable flight experience and the ability to get a few hours of sleep while crossing the pond. One of our most popular posts of the past month was about a business class fare war from many cities in the US to Europe. Greg told us he stumbled on that sale while preparing the most popular post of the month — How to Find Great Business Class Fares with Google flights, a primer on using Google flights that is a great read for anyone interested in finding the best airfares. Of course, Greg was probably searching for deals to Europe because he has to get to the small palace he rented in England through Wyndham Rewards points (don’t cry for me — I nabbed one, too). […]

[…] and I’ll earn about 10,00 airline miles on top of that. You may remember that last month, I booked a 9-bedroom estate in the English countryside for 15,000 Wyndham Rewards points per night (and Greg did, too!) — I’ll be using this […]

awesome deal, congrats to those that got in on it.

Nice but I don’t see the appeal of an out of the way “cottage” with too much space when it would be more fun to be in the action in the city within walking distance to everything.

I think the nice thing about traveling on points is having a variety of options. Whether you prefer the city, the beach, the mountains, or the countryside, there are options to fit all interests. Different strokes for different folks.

City vs countryside aside, I think the main difference between this and a room in the city is that it’s tougher to fit 18 people in a standard room at a Wyndham hotel in a city. Nine rooms would run you 135,000 Wyndham points per night vs a nine bedroom villa/estate/mansion/manner for 15,000 points.

But you’re right — this deal definitely appeals to a somewhat narrow market (which we can clearly see by the fact that not even 50 people have booked it yet).

I think this is a fantastic booking. Much like Greg’s adventures on Nekker Island, it will make for some phenomenal reading material. Be sure to share your trip details, which I am sure you will.

Fantastic !!!
Cannot get over my luck with this deal and it’s perfect timing !
Just booked and confirmed a 6-bedroom awesome place in Penzance, Cornwall with sea-views to surprise my daughter for her B-day (she deserves it big time, being a high-octane barrister in London).
Our flights into LHR were already booked, just needed a place to hangout for our little celebration plus family reunion in July and Cornwall was high on our list anyway.

Many, Many Thanks for posting this deal Nick !!!

Awesome! Glad you could take advantage of it. When I booked, I was in a hurry to get something booked so I could write it up (and was working with a very limited stash of Wyndham Rewards points) — I’m sure there are some killer places I missed. Send some pictures and let me know how it turns out. Hope your daughter has fun — should be a terrific birthday surprise!

As promised: we just returned from our stay in Penzance, Cornwall and can happily report that the place, I was lucky enough to be able to book, was simply amazing and was perfect for our occasion !
We – all 10 of us – were blown away by the house we stayed in. It was incredible and of a very high standard, with everything you could possibly think of, perfectly renovated with lovely, tasteful interiors, 6 bedrooms and a kitchen that was a dream.
I still cannot get over this incredible deal for only 45k points!
A single room in a similar house was going for £140 p/p a night on AirBnB.
Again, Many Thanks for posting Nick !

Terrific! I appreciate the update and am very happy to hear that it met expectations. Sounds like a trip to remember! I still can’t get over what a deal it was, either — can’t wait to see if mine is a great as it sounds like yours was. Hope your daughter enjoyed the surprise!

About 20 spots are still available!

So sad I have not stock-piled those points. Whenever I get 15K points I use them for a free night in NYC or BOS, where hotels are pricey. I made the mistake, right after Wyndham changed to 15K for ANY property, of booking the Super 8 in Great Falls MT. BAD use of points. Could have stayed one night at that Medici villa…..

If it’s any consolation, the minimum booking is 2 nights. You’re far from being alone in wishing that you had a few more Wynham points right now 🙂

Which wyndham in NYC do you usually stay at? I am growing tired of shelling out 25k UR for hyatts!

Not sure where he stays, but I *almost* redeemed points at The New Yorker by Wyndham several times last year. Now I’m glad I didn’t.

Nice. I’m headed to France this summer, so I looked, too. On the days I was interested, there was only one property in the entire country available, and it was more of a “normal” house rental, not a “palace.” So this is definitely a YMMV thing. Definitely worth a look, though, if you have points.

[…] This offer expires on Friday, March 3, New York time or after 50 bookings, whichever comes first. Nick at Frequent Miler was told his booking today is […]