Update 4/7/21: This is just a quick reminder that Chase’s changes regarding what’s classified as cash-like transactions comes into effect in a few days on Saturday April 10. If you’ve been using Chase cards for Plastiq payments, PayPal Key, etc., you might want to pause those kinds of payments until there are data points provided as to what’s actually being affected by these changes.

Update: Chase is sending these emails out for personal cards too.

Chase has sent out emails to card holders today advising of a change as to what will be classified as cash-like transactions from April 10, 2021. The email from Chase provides an update on a number of different terms for card holders, but the section that’ll perhaps be of most interest relates to what type of transactions will be classed as cash-like transactions. Here’s what Chase has advised:

Knowing what kind of purchases will count as cash-like transactions is important for a couple of reasons. The first is that you’ll incur cash advance fees (those can vary depending on what card you have) and the second is that cash advances don’t earn points, rendering it quite literally pointless to use your card for that kind of transaction.

The 64,000 point question is what specific transactions will be affected? While some transactions are explicitly excluded, others either aren’t mentioned or are up for interpretation. Here are some types of purchases you might be concerned about and whether they might or might not be affected.

Buying $1,000 Visa gift cards is less appealing for many people nowadays due to issues with liquidating them. However, they can still be useful for some people, so will this Chase change affect them?

Based on the updated terms listed above, it doesn’t appear that large purchases from Simon Mall will be affected as none of the terms seem to refer to gift card purchases of that kind. That’s not to say they definitely won’t be affected, but there doesn’t appear to be immediate cause for concern.

Cryptocurrency purchases are explicitly mentioned in the updated terms, so there’s a very good chance that any kind of Bitcoin and/or other crypto purchases will incur cash advance fees, other than perhaps an occasional loophole which Chase hasn’t identified.

Plastiq transactions are one where we’re going to have to wait and see. It’s not looking positive though because the list of excluded transactions includes “making a payment using a third party service including bill payment transactions not made directly with the merchant or their service provider”

That seems to perfectly sum up what Plastiq does, so there’s a good chance that from April 10 Plastiq payments will be regarded as cash-like transactions.

Whether or not PayPal Key (PPK) transactions will be affected remains to be seen. I suspect that Chase has updated the terms to include PPK transactions as cash-like transactions, but an argument could be made that even though it’s a third party service, you’re still paying the merchant or service provider directly in a similar way to simply using PayPal when checking out online and therefore that it should code as a regular purchase.

With American Express cards no longer being supported by PPK, it wouldn’t be surprising to see Chase wanting in on some of that action (or, more accurately lack of action.)

The safest thing would be to wait for data points after April 10, or test it yourself by making a small PPK purchase to see how it codes after that date.

While using PayPal for regular transactions will continue being fine, sending payments to friends and family will likely fall under “person-to-person money transfers”. While that’s poor value due to the fees involved, some people might use that method at the last minute if they’re in danger of not meeting a minimum spend requirement, so that’s something to be aware of.

Seeing as this wording is also being sent out on personal cards rather than only business cards, this could be of particular interest for Freedom and Freedom Flex cardholders seeing as PayPal is sometimes a 5% quarterly category. If that returns in the future, sending P2P payments might not work.

When opening new bank accounts to take advantage of bonuses they’re offering, there’s sometimes a minimum funding requirement. Some banks and credit unions allow you to fund that initial transaction via credit card and they sometimes code as regular purchases.

The “account-funding transactions that transfer currency” wording suggests that in the future, funding a bank account using a Chase card will incur cash advance fees.

There’s a chance that Chase could regard paying taxes as cash-like transactions under the “other similar transactions” part of the first bullet point. I think it’s unlikely that they’d choose to do this, but it’ll be something to keep an eye out for when making tax payments after April 10. I’m sure we’ll see immediate data points if that occurs, so we’ll certainly share that information if it does end up happening.

This is a disappointing expansion of purchases which will be regarded as cash-like transactions, with Plastiq and PayPal Key likely being affected in a few months. To play safe, it would be worth contacting Chase and asking them to reduce your cash advance limit to as low as it’ll go (zero might not be possible with Chase). That way any purchase you make which would fall under these expanded terms should automatically be declined, thereby ensuring you don’t incur fees and miss out on cashback/points/miles.

While several types of transactions are specifically excluded, there are others where it’s not entirely clear if they’ll be affected or not, so it’ll be a case of waiting until April 10 to see how it goes. 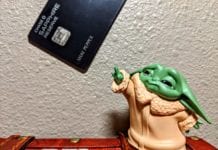