Singapore Airlines has released availability to Star Alliance partners in their First Class suites between Singapore and Auckland, along with some other routes. That means the SIN-AKL route can be booked using 65,000 MileagePlus miles. Ordinarily, Singapore only makes its premium cabin award space available to Singapore Krisflyer members booking with Singapore miles, so the ability to book these flights with partner miles is notable.

The Singapore to Auckland route has nonstop flights available on the A380 which is kitted out with their enclosed First Class suites (albeit the older suites as shown above). Taxes and fees come in at a fairly reasonable $58.90, but be aware that on many dates there’s currently only one seat available.

There’s availability on several dates – particularly during November 2019 – and other routes including Guam-Auckland, which only costs 60K United miles, though that’ll generally included mixed cabins and another partner flying out of Guam. Here’s an example, flying economy class from Guam to Hong Kong and then Singapore business class to Singapore and A380 first class to Auckland from there: 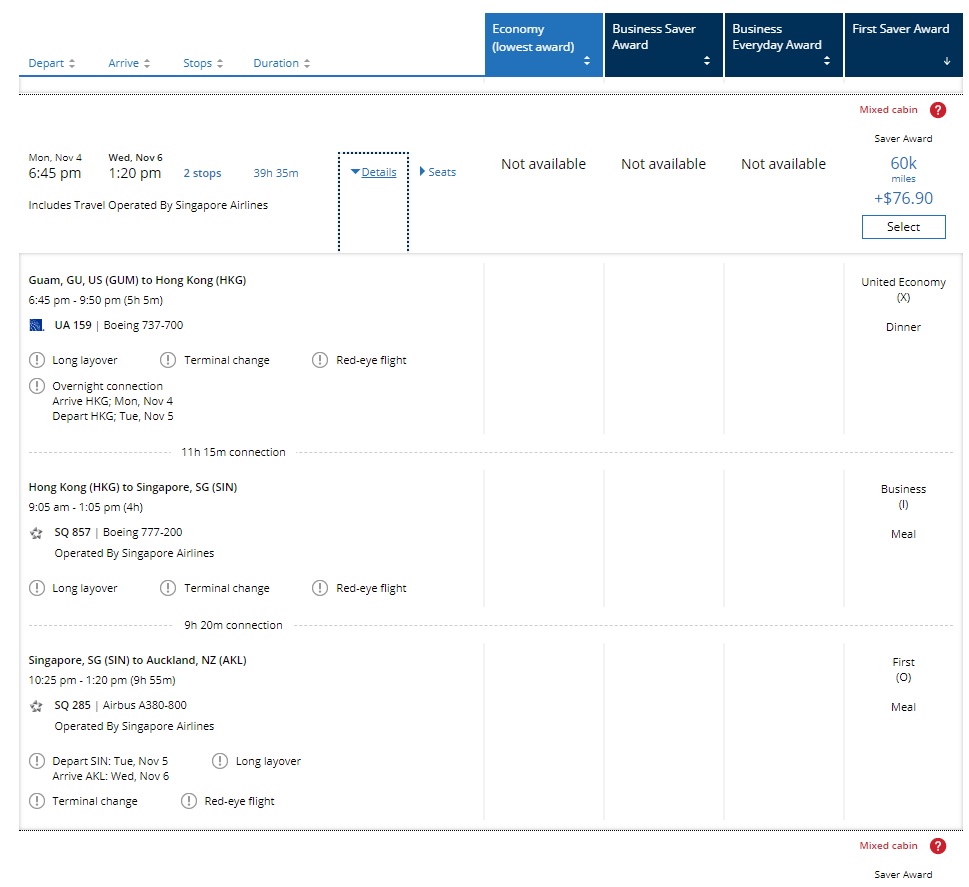 Check out Dan’s Deals for further details on other routes and available dates that he found. 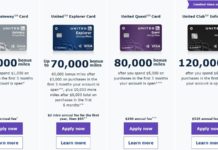 SQ premium class award ticket only can be booked by Krisflyer

That’s what is special here. The awards are available through partners right now (but with United I think you have to include a non Singapore leg to get it to show)

Is there someone who really would depart from US and fly this route (Singapore to New Zealand) simply for a bed in an airplane? Insane for me.

Me too I have the points but the routes don’t work for me. Odds are the plane would be changed to a 707 and the airline would refund 5k points just to be nice too..HaHa

I doubt that there is. But if you’re already planning to be in that part of the world, this might be notable for you. Like any deal, its utility will vary based on your needs and desires. When I plan an international trip, I rarely visit only one country, so availability alerts like this are useful for me in putting together more complex trips (especially because you generally can not use partner miles for Singapore first class, so this is a rare opportunity).

I do the same I did like 52 hrs flying for $250 on my AUS trip. The reason I did the trip was the routes worked not wanting to see AUS @ all.

Good deal for a 9hr flight.

You may want to change the picture which is NOT on the aircraft serving the SIN-AKL route. The route is served with the OLD 777 suites. It is still good but definitely not the picture you slapped on.

It is a shame that you have not put enough thought in it when posting this non-news as it has been bookable for several months before blogger(s) found it.

You mean the old A380 Suites with the 12 cabin layout. The picture here is for the new A380 Suites that only have six fitted on the Upper Deck.

See how fast they changed it then I bet rechecked the post 10x. These type of people would be successful @ just about everything they do I bet .