Update 3/1/2021: Now that Amex has added cell phone protection to most ultra-premium cards (effective 4/1/21), we’ve updated the comparison table in this post to include Amex.

Previously, I wrote about my experience using credit card cell phone insurance protection. While my claim was ultimately approved, I came to the conclusion that it wasn’t really a win given the large deductible with the card I used and both low value and low repair cost for my phone (I’d have been better off self-insuring and earning more points per dollar on my bill). In the comments and in last weekend’s post roast portion of Frequent Miler on the Air, I got the feedback that people wanted an easy-reference chart as to which card(s) might have been better. This post has such a chart and is meant to be a quick-reference resource for what you need to know about cell phone insurance. 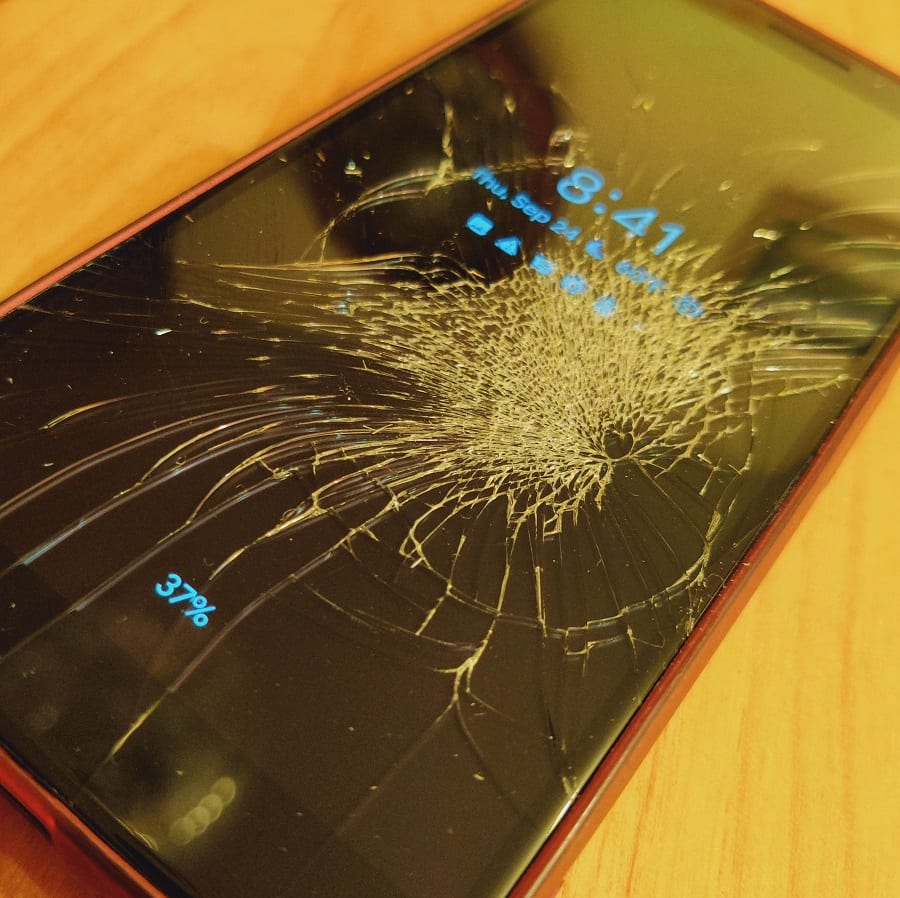 As you can see in the chart above, there are a number of credit cards (and even debit cards and secured cards in some cases) that offer cell phone insurance, but that insurance is not created equally. The cap per claim and the cost of deductibles really vary.

Please note: Benefits referenced on this site may not always be available on your card product. Selection of benefits on your Mastercard card may vary by card issuer. Please refer to your issuing financial institution for more details. Submission of a claim does not guarantee coverage.

And in fact for example I find nothing indicating cell phone protection on my Citi Premier card despite it being a World Elite Mastercard (and indeed I believe that card does not offer protection).

Further, at least some cards that do offer protection do not make it particularly clear. For instance, I do not find cell phone protection listed as a benefit of the Barclays Aviator Red on the card landing page or the links to benefits as far as I can find them. However, we reported in September of 2019 that Barclays was adding cell phone protection to many cards and indeed I was able to find their cardholder email from September 2019 stating that the Aviator Red would gain Cellular Telephone Protection beginning on November 1, 2019. The card apparently has the benefit, but who would know?

That makes this benefit particularly challenging: it is possible that you have cards in your wallet that cover cell phone protection without any easy way to know it. The chart above shows cards that are known to carry coverage, but it is certainly possible that additional cards offer coverage (for instance, I would assume that other Barclays-issued Mastercards like the Hawaiian Airlines Mastecard, JetBlue Mastercards, Miles & More Mastercard, and more) probably do include cell phone protection, but you’ll need to call Barclays and/or Mastercard to verify. Some blogs report that the Bank of America Cash Rewards has cell phone protection, but I can’t find anything that indicates that on Bank of America’s website (since the card is now advertised as a Visa card but some people still have a Mastercard version, it is possible that the cell phone coverage only applies to the Mastercard and thus the benefit doesn’t show up online). You’ll probably have to call customer service to verify your coverage. I don’t like that very much at least in part because we know that customer service representatives are often wrong. I would much rather have coverage written in black-and-white.

Furthermore, coverage limitations vary in ways that may be significant to you. For instance, the IHG credit cards and Freedom Flex card specifically exclude damage that is purely cosmetic, including cracks in the screen that are two inches long or less and do not interfere with the phone’s ability to make or receive calls. The wording there was particularly surprising: it is clear that if your phone can still make and receive calls, the damage could be deemed cosmetic even if it interferes with some apps or being able to use sections of your screen that aren’t required to make or answer calls. I don’t know how closely the benefits administrator will follow the letter of the policy as I imagine you’ll be getting your own diagnostic estimate in most cases, but it is an interesting limitation nonetheless.

If you still have the Guide to Benefits that came with your credit card, hopefully you can find cell phone protection details there. And in the case of many of the cards in the chart above, you can easily confirm coverage information on the issuer’s website. For example, under “Added Protection”, you can easily verify cell phone protection coverage on the Chase IHG credit cards. Wells Fargo summarizes the benefit here and offers more detail here. All that is to say that I would rather use a card that explicitly lists coverage details online.

I find it very interesting that the Navy Federal Credit Union secured credit cards offer cell phone insurance. Secured cards are for those building or rebuilding credit and therefore require a security deposit, which should make a secured card easy for almost anyone to get. I would therefore think that a Navy Federal secured card may be a great choice for a student paying for his or her own cell phone bill since I imagine they might be able to get this card even if they aren’t yet able to get some of the more rewarding cards in the list. That said, a student following Greg’s blueprint should quickly be eligible for something better.

Credit card cell phone insurance is a benefit that is being extended to a growing number of credit cards. This makes sense; in many cases, the most expensive / valuable item people carry with them day-to-day is their phone. Having coverage in case of damage or theft can really help ease the sting in cases where your phone is completely destroyed. On the other hand, as I recently noted, you have to consider the deductible and coverage limits as they relate to the cost of repairing or replacing your phone — and the category bonus you may be able to trigger on a credit card that doesn’t offer cell phone insurance. Personally, given that we rarely break phones in my household, I think I will self-insure moving forward and I would therefore use a Chase Ink Cash credit card (or my old Ink Plus) card to earn 5x on the bill rather than worry about insurance. I just don’t think it is worth forgoing the rewards I could earn (with no annual fee in the case of the Chase Ink Cash) in order to get coverage that in most cases isn’t hugely useful. That said, I could see where the balance would tip differently for those who expect a high likelihood of making a claim. In my opinion, the coverage on the Wells Fargo consumer credit cards is the best deal of the bunch of I were to open a card specifically for cell phone insurance – but I likely will not be doing that myself.