Delta is offering a flash sale to many destinations in basic economy class. In some cases, the deals are quite strong for those who don’t mind basic economy restrictions (keep in mind that Delta still allows a full-size carry-on for basic econ tickets). Destinations and dates vary and as usual do not get blindly boxed in by the advertised dates and cities since you may find deals outside of the advertised ranges. Delta has an easy drop-down menu where you can see deals from your home airport along with sample dates. However, as noted at the top, deals may also be found outside of the advertised ranges.

For example, the landing page for the promotion indicates that Detroit to Cancun is available for as few as 12K Delta miles round trip from October 28th to November 3rd.

However, Greg found the same price available on a round trip departing on November 17th — two weeks beyond the stated range:

Many domestic destinations are available for fewer than 10K miles each way (keep in mind that the landing page pricing is based on round trip pricing). For example, with this sale Detroit-based travelers will find pricing to places like New York, Boston, Nashville, and Austin from 9K to 11.5K round trip.

Again, these are basic economy fares. If you’re happy with Delta basic economy, flash sales like these can be a great way to get solid value from Delta miles. 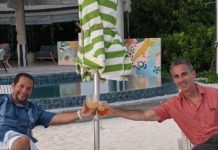